Usually Charlie Stayt can be seen hosting BBC Breakfast alongside Naga Munchetty from Thursday to Saturday while Louise Minchin and Dan Walker present Monday to Wednesday. However, on April 22, Charlie was missing from the iconic red sofa as Ben stepped in to help out Naga.

The business reporter is usually on hand to update viewers on the latest headlines from the city.

However on Thursday’s instalment of BBC Breakfast, Ben was seen on the red sofa with Naga.

It’s not the first time he has presented as he often hosts at the weekend or on bank holidays.

Charlie’s absence was not addressed on the programme but viewers will be hoping he returns soon. 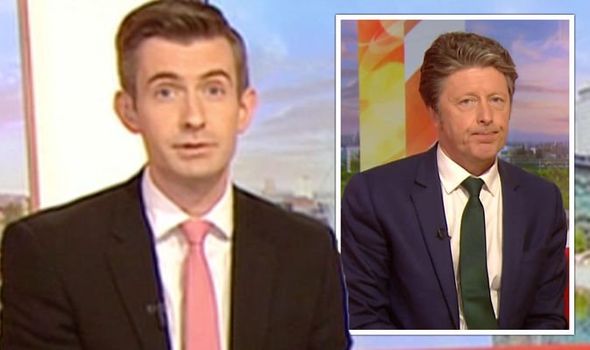 Ben certainly had Naga chuckling early on in the programme when they spoke about landlines.

It was reported five million people have ditched their home phone since 2000.

However Ben revealed he still has a landline and uses it to call his mum.

Following a segment about the history of landlines, viewers saw Ben in the studio “on the phone to his mum”. 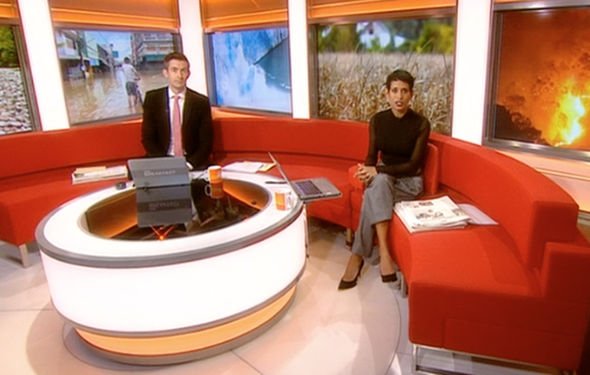 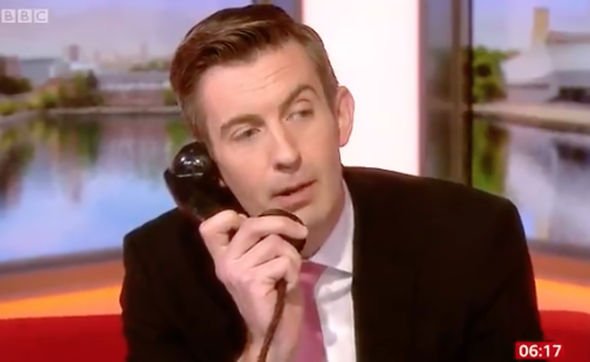 Naga could be seen sighing as she looked incredibly unimpressed by Ben’s “fake” call to his mum.

“Everything alright there?” she asked as Ben confirmed: “Yeah, just a normal call to my mum.”

The moment certainly had viewers talking with many talking to Twitter to comment on their own use of a landline.

“Use them at work and home. Far better for a good natter than a mobile and better in rural areas where mobile signal unreliable,” one viewer commented.

Another added: “I was baffled to receive a BT phone book this week with actually people’s numbers in it!

“Had completely forgotten that that was a thing, and actually it’s made me really annoyed – it’s a big old book using a lot of paper, and how many have gone straight in the bin?

“I ring my mum on her landline because she can never remember where she left the mobile, she’s reluctant to answer these days in case it’s a call centre!!!” a third shared.

Someone else continued: “This has literally made my day…. so funny! @BBCBenThompson I think you deserve a part on @bbceastenders.”

A fifth continued: “Only have as it’s part of a package – rarely use and then only to receive calls. BTW that “call” was a bit embarrassing.”

BBC Breakfast airs daily on BBC One at 6am.