Chernobyl is the five-part miniseries streaming on HBO  and NOW TV now. On April 26, 1989 reactor number four at the Chernobyl Nuclear Power Plant in Ukraine exploded, sending radioactive material across the Soviet Union and parts of Europe. If it was not for the brave actions of the liquidators, the consequences of Chernobyl could have been so much worse.

What happened to the Chernobyl liquidators?

The Chernobyl liquidators were groups of firefighters, members of The Red Army, medical personnel, Soviet Air Force, scientists, and engineers who were recruited from across the Soviet Union to help deal with the aftermath of Chernobyl.

Liquidators came from as far as Latvia, Estonia, Ukraine and Belarus and according to USA Today, were aged between 18 and 22.

They were called in to help with the evacuation of those living in the Chernobyl exclusion zone and clean up debris from reactor number four.

In Chernobyl episode four, titled The Happiness of All Mankind, two of the liquidators’ most horrifying and heartbreaking acts were portrayed. 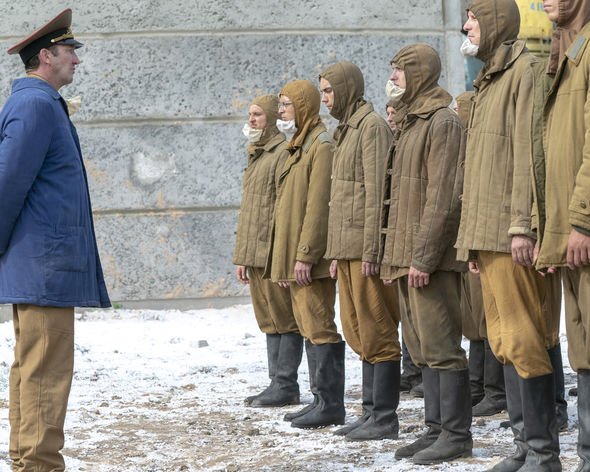 Not only did the liquidators have to evacuate people in the villages and towns within the exclusion zone, but they also had to kill any pets and livestock to stop the spread of radiation.

This task is played out through the character of Pavel (played by Barry Keoghan).

Chernobyl’s director and creator Craig Mazin speaking on the Chernobyl podcast confirmed that the story of liquidators killing pets was completely true.

He described the clean up of Chernobyl by the liquidators as a “long war.”

The scene was based on a true account in Svetlana Alexievich’s Voices of Chernobyl.

HOW MANY PEOPLE DIED IN CHERNOBYL? 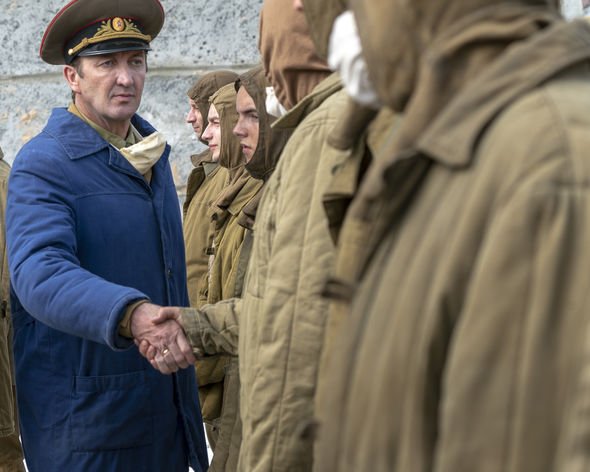 Another harrowing task for the liquidators was the removal of graphite from the roof of reactor number four.

Humans were used after Geman robots MF-2 and MF-3 failed to work and robots STR-1 and Mobot shut down after radiation exposure.

In the end, 3,828 men, known as biorobots, completed the life-threatening task where they received high doses of radiation.

The men had just 90-seconds each to remove the rocks of graphite from the roof and in that time, they received a lifetime dose of radiation.

On average, the liquidators are thought to have received on average around 120 millisieverts (mSv) of radiation.

WAS LUDMILLA A REAL PERSON? 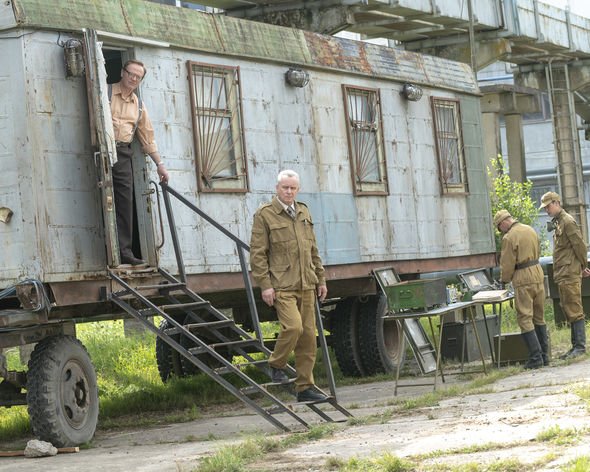 According to livescience.com, liquidators were likely to be more at risk of suffering from thyroid cancer.

At the moment, 270,000 people in the Ukraine, Russia and Belarus who were liquidators developed thyroid cancer.

David Marples in his book Chernobyl: The Decade of Despair, estimated that 6,000 of the liquidators died as a result of the long-term health complications following Chernobyl.

Those liquidators who are still alive, qualify for social benefits and have gained veteran status.

Overall, the official Soviet recording puts the figure at 31, however, the real amount is thought to be in the thousands, if not millions.

Estimates range from 4,000 to 27,000 by the Union of Concerned Scientists whereas Greenpeace estimates that between 93,000 to 200,000 people died as a result of the disaster.

Chernobyl is streaming on NOW TV