Before the pandemic, movie studios centered their energies on IP-first tentpoles in pursuit of $1 billion worldwide grosses. The mid-budget theatrical release? An endangered species, and maybe not one worth saving. And then — enter the World Wildlife Fund, as portrayed by CinemaCon.

Suddenly, films with budgets under $50 million may not go straight to streaming this summer. In fact, these films are central to studios’ plans to reinvigorate in-person moviegoing.

“We continue to believe that if you build it, they will come,” Jim Orr, Universal’s president of theatrical distribution, said during the studio’s presentation at Caesars Palace April 27. “But what we also know for certain is that if you stop building it, they won’t. That’s why we are not narrowing our field of theatrical releases.” 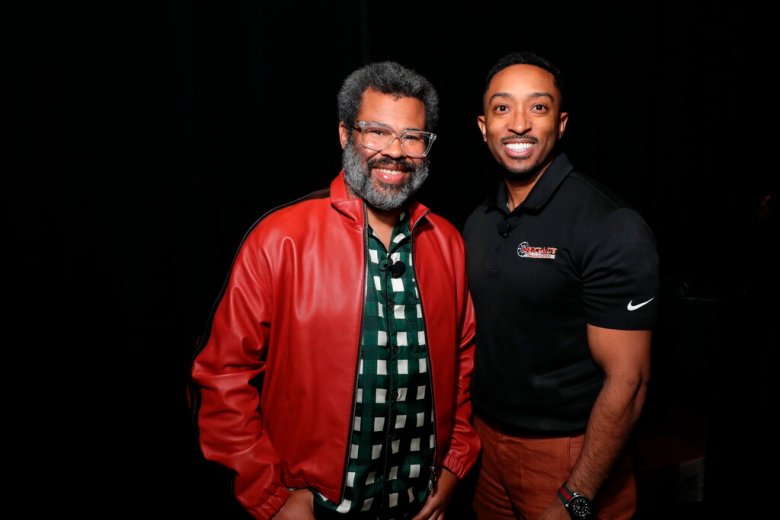 In 2019, Universal distributed around 17 films domestically. This year, it’s on track to release more than 25 movies in theaters, from an installment of one of its most valuable franchises, “Jurassic World: Dominion,” to Blumhouse scarer “The Black Phone,” to gay rom-com “Bros.” The studio’s specialty division, Focus Features, is playing a similar numbers game — it’s releasing over 15 films this year.

“That’s a record pace for us as a company and it’s one that you guys can count on as our new normal,” Focus Chairman Peter Kujawski told exhibitors.

If pre-pandemic Hollywood was tentpole-or-bust, and the pandemic era was defined by the seduction of streaming subscribers, CinemaCon marked a point of mutual understanding. It goes like this: Studios need to scale the theatrical landscape to make money on tentpoles; theaters need more than tentpoles in order to stay in business.

For the more-modestly budgeted, the box office is as much a marketing play as a revenue stream. These films can have rich and long lives on PVOD and VOD, especially when they have the benefit of a theatrical life. “Have a balanced slate,” said Paramount Pictures CEO Brian Robbins after the “Top Gun: Maverick” premiere electrified the convention April 28.

“The movies that are theatrical, that have a big theatrical marketing campaign, have a greater impact on our streaming than movies that skip theatrical and go straight to streaming,” Robbins said to exhibitors’ applause. Assurances like that — as well as the hours-long mea culpa from Warner Bros. — theater owners rode the high of a week-long love fest.

More releases across a wider spectrum means a broader customer base, more concessions sales, and a business that’s less dependent on home runs like “The Batman” or “Spider-Man: No Way Home.” Even with collapsed windows that average around 45 days, theater owners say they’re eager for new product to bring in new customers rather than rely on the latest tentpole’s three months of dwindling ticket sales.

“I think what you’re seeing now, going into the future, is the percentage of movies that go to theatrical first versus streaming will increase,” said NATO CEO John Fithian said during a press roundtable. Of course, no one can see the future — not even Fithian. It is just as possible that CinemaCon 2023 will have a new narrative in response to what studios learn with this year’s mid-budget lean-in. 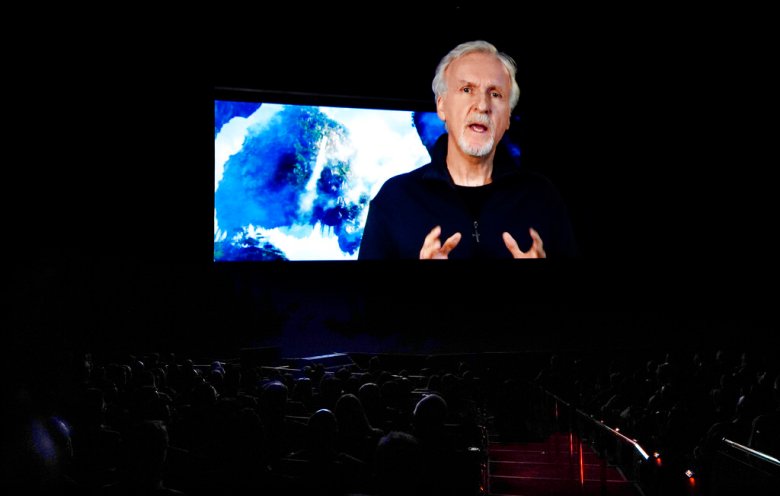 James Cameron, director of “Avatar: The Way of the Water,” appears in a taped segment to discuss the film during the Walt Disney Studios presentation at CinemaCon 2022.

Not everyone needs to rely on a balanced diet. While other studio execs spent their two-hour slots cooing about the theatrical experience, Disney let their blockbuster IPs speak for themselves (in full Dolby Atmos sound) with 70 minutes of first-look footage from “Lightyear,” “Avatar 2,” “Doctor Strange in the Multiverse of Madness,” and more. In Hollywood, there’s still Disney and there’s everyone else.

“Everyone else” is a shrinking pool. This year’s CinemaCon saw presentations from Sony, Paramount, Universal, Warner Bros., and Lionsgate, as well as the six-year-old Neon, with a dedication to mid-budget indies and awards-magnet films that have provided welcome counterprogramming. Last year included MGM, absent this year now that it’s under the control of the theatrically uncommitted Amazon. STX hasn’t been there since 2019.

“Sure, we’re seeing audiences come back for big event movies in 2022. But what about all the weekends when there isn’t a new addition to the multiverse?” said Lionsgate motion picture chairman Joe Drake during the studio’s presentation April 28. “Every movie can be an event for somebody. We want to bring all audiences back to your theaters — the ones who want to discover what they love, rather than be told what to like.”

Don’t throw too much shade, Joe. “About My Father,” a family comedy starring Robert DeNiro that’s based on stand-up comedian Sebastian Maniscalco’s life, received a sleepy response (and not just because we were on day 4). It was big IP that roused the crowd, like the trailer for “John Wick: Chapter 4” and in-development announcements for “Borderlands,” “The Hunger Games: Ballad of Songbirds and Snakes,” a new “Dirty Dancing,” and John Wick spinoff “Ballerina.”