ITV soap Coronation Street is running quite a dark storyline at the moment involving Geoff Metcalfe (played by Ian Bartholomew), who is using some subtle and insidious methods to control his partner Yasmeen Nazir (Shelley King). The coercive control storyline comes as Geoff is increasingly exerting his power over Yasmeen and isolating her from her family. Coercive control has been classed as a criminal offence since 2015 with it underpinning 95 percent of all abusive relationships.

Who is actor Ian Bartholomew?

Geoff Metcalfe is played by actor Ian Bartholomew, who has had a lengthy career spanning the 35 years.

The 64-year-old’s work has covered theatre, television, film and radio with some of the biggest credits including A Prayer for the Dying and Empire.

Hailing from Portsmouth, Hampshire, his TV work includes The Darling Buds of May DCI Banks, The Bill and The Ruth Rendell Mysteries.

WHAT IS THE YASMEEN AND GEOFF COERCIVE CONTROL CORONATION STREET STORYLINE? 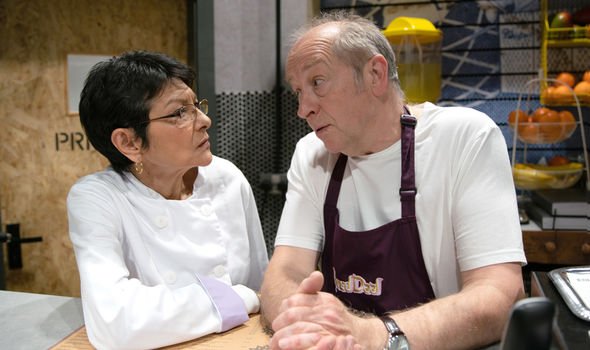 Bartholomew said he’d wanted to pursue a career in the performing arts since he was 14 while doing productions at school.

The star’s family were very supportive and he went on to train at the Guildhall School of Acting.

Meanwhile, he’s trodden the boards in productions of The Crucible, King Lear, Mrs Henderson Presents and Half a Sixpence.

WHAT IS GEOFF METCALFE DOING TO YASMEEN NAZIR?

Bartholomew has been part of Coronation Street since 2018 as the father of Tim Metcalfe (Joe Duttine).

Bartholomew is a critically-acclaimed actor and was nominated for an Olivier Award for his performance in a production of Into The Woods by Stephen Sondheim.

Along with his acting work, Bartholomew has also recorded two songs for the Wit & Whimsy – Songs by Alexander S. Bermange in 2017, which featured a number of artists.

WHO IS KHALID NAZIR? 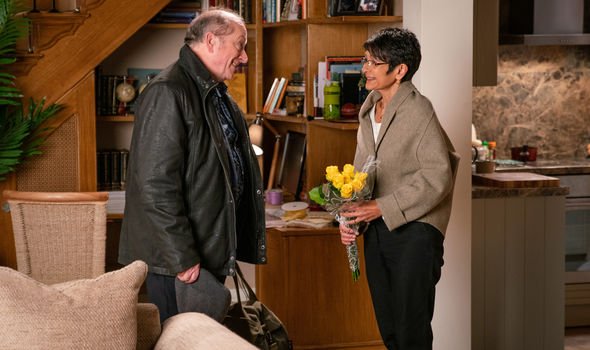 Speaking about the coercive control storyline, Bartholomew recently said: “I knew when I was first brought in to the programme as Tim’s dad that the character might turn a bit dark so it wasn’t unexpected.

“For the first few months it was ‘nice Geoff’, ‘funny Geoff’ and ‘silly Geoff’. But now it is slowly starting to become apparent that there is something missing in Geoff’s psychological make-up.

“As an acting exercise and something for an actor to get his teeth in to, it is going to be interesting but it is also a privilege to be trusted with such an important storyline that I hope will make a difference.”

Bartholomew went on to explain: “We have been trying to feed small clues without being obvious because that is what is true to real life. 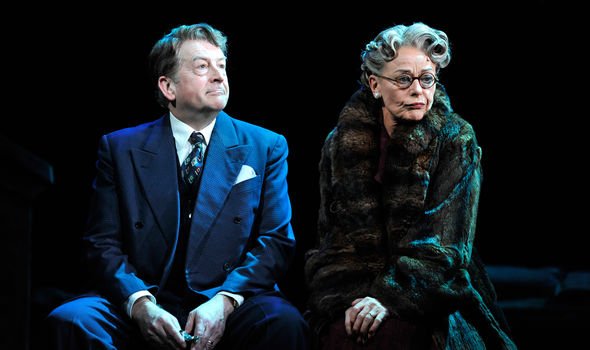 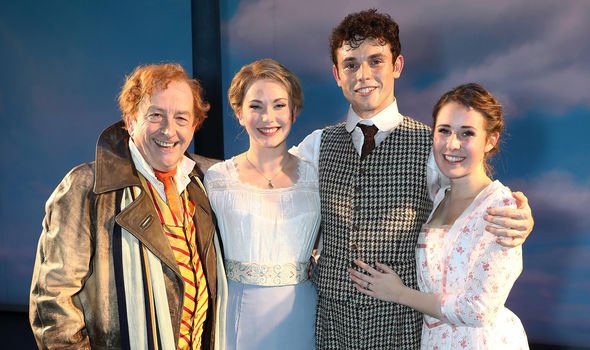 “He is misguided which becomes unpleasant and then we will see the true extent of his behaviour in how the story develops.”

The star added: “There have been a few pointers that Geoff hasn’t always been Mr Nice Guy from very early on.”

There’s no word on how long the storyline will be going on for and what will happen to Geoff when he’s finally exposed.

However, if Geoff’s behaviour continues to get worse and his methods of control more extreme, he could be locked up.