Carla (played by Alison King) has been left distraught in recent weeks on Coronation Street as she discovered Peter (Chris Gascoyne) had relapsed into alcoholism after he uncovered her affair with Adam Barlow (Scott Robertson). Unfortunately, the alcoholic has been told his liver is shutting down, leading the ITV soap stalwart to take this as a sign he is dying and it seems he has finally admitted defeat. With it looking more likely the beloved character is going to die, bosses are lining up a new love interest for his ex-girlfriend.

The drama kicks off next week when Carla lands a meeting with a new client for the Underworld Factory, which she is still helping to take charge of.

However, she is stunned when the person she meets is Lucas (Glen Wallace), someone she knows from her time living in Devon a few years ago.

It seems the newcomer is smitten to see his friend again and he later asks her to join him for a lunch date.

With Peter reluctant to even let his former lover near him, the businesswoman decides to take the blast from her past up on his offer.

Enjoying their time together, Lucas tells Carla he has booked a room at a local hotel for the weekend and he would like her to join him. 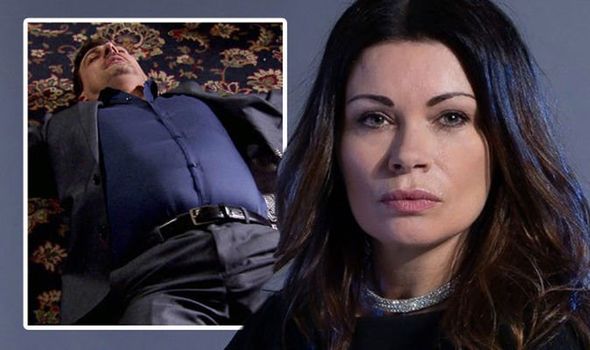 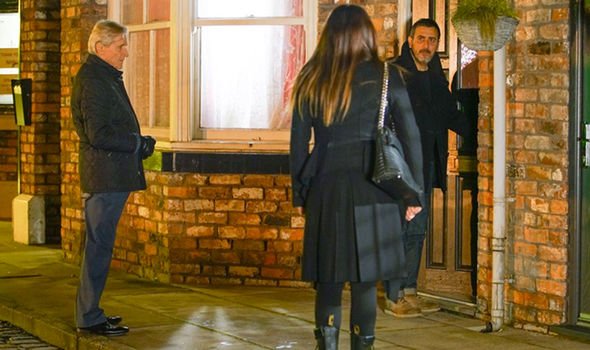 As the businesswoman is left in a dilemma over what to do, her surrogate father Roy Cropper (David Neilson) urges Peter to make things up with his ex-girlfriend.

The café owner explains it is clear the pair still love each other but he could be too late as someone else seems to be on the horizon.

In a desperate bid to reunite with the love of his life, the alcoholic asks her not to go away with Lucas for the weekend.

Viewers will have to wait and see what Carla decides but could this be the start of a new romance for her as she finally leaves her past behind her? 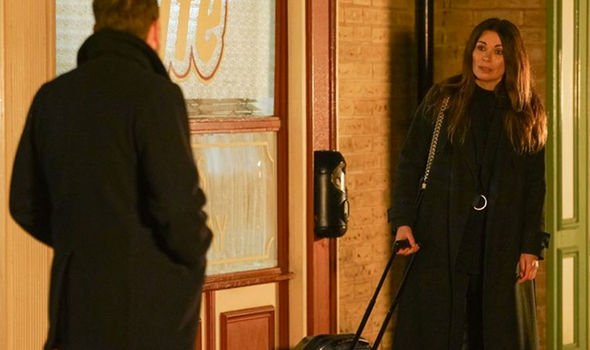 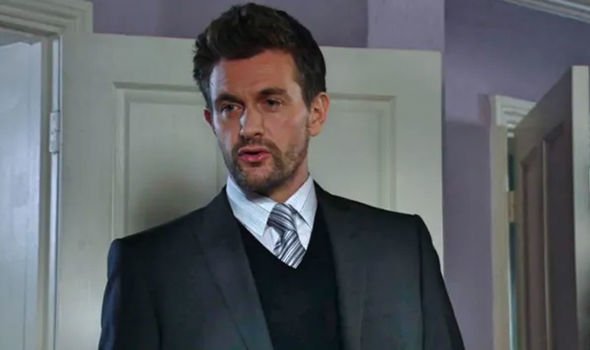 This action will all come as Ken Barlow (William Roache) tries to help his son by circulating his photo to local pubs and shops so they know not to serve him.

Though, Peter still ends up returning home drunk and leaves his father heartbroken, leading Adam and Tracy Barlow (Kate Ford) to take turns keeping an eye on the alcoholic.

After yet another drunken binge, the father-of-one sits down and writes a farewell letter to his son, Simon Barlow (Alex Bain).

He also turns to Carla and tells her he finally forgives her for sleeping with Adam as Peter tries to settle his scores before he dies.

However, she notices the letter he has written to Simon and mistakes it for a suicide note, though the alcoholic sets her straight.

Peter explains he’s come to accept he is dying but furious with his decision, Carla demands her ex-boyfriend’s son come round to No.1 where she reads out the letter.

This tears the father and son apart and as the businesswoman pleads with her former lover to stop drinking, Ken is horrified to hear what has happened.

Determined to track down the alcoholic, the pensioner finds his son at a hotel bar and tries to take the drink away from him.

Peter lashes out in a furious rage, however, and immediately regrets his actions when he admits he wants to give up the alcohol.

Not seeing a way out, the situation turns from bad to worse when the soap stalwart suffers a seizure and his father is left to call an ambulance.

Once at the hospital, the alcoholic’s family discuss the doctor’s advice to reduce the amount the troubled character is drinking gradually.

However, if he discovers Carla is going to move on, will this lead to a deadly relapse which costs him his life?