Coronation Street viewers were left heartbroken when Sinead Tinker (played by Katie McGlynn) exited the ITV soap towards the end of last year after her devastating cancer diagnosis gave her just weeks to live. She left behind her husband Daniel Osbourne (Rob Mallard) and son Bertie, but will he end up on a path of self-destruction after his son becomes ill?

Sinead passed away on the soap back in October just weeks after being told her cancer was terminal.

She died with her family by her side having clashed with husband Daniel before her death after finding out about his kiss with Bethany Platt (Lucy Fallon).

Daniel has so far found life hard as a widower as he has been left on his own to bring up baby son Bertie.

Viewers have seen Daniel act erratically as he nearly landed himself in trouble with the law after a laptop containing videos of his late wife was stolen. 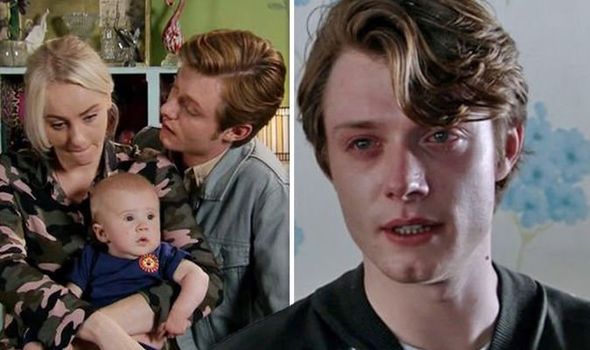 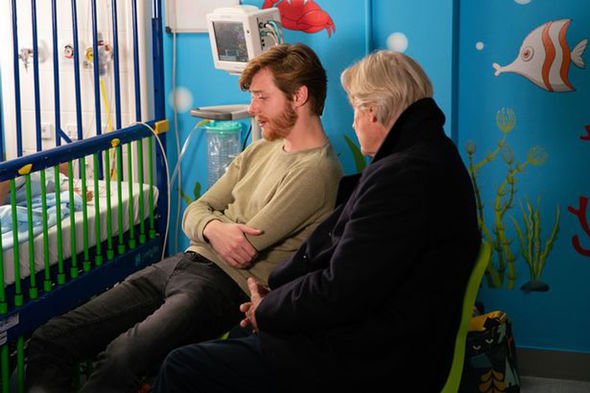 Sinead had recorded videos for her young son to watch whilst growing up, in order to have something to remember her by, but Daniel quickly became obsessive over the clips.

He went on a wild rampage after the laptop was taken, and smashed up the contents of a pawnbroker’s store when the shopkeeper refused to return the device to him.

His family have desperately tried to intervene and keep an eye on Daniel’s behaviour, but things are now set to turn again as Bertie becomes ill.

Upcoming episodes will see Bertie end up in hospital due to contracting measles after Daniel forgets to take him for his jabs – will the pair be okay? 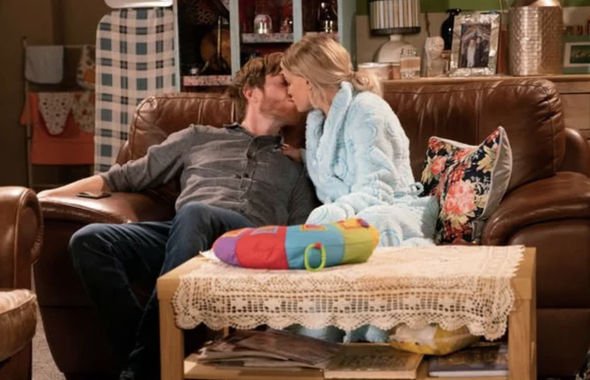 Speaking of the storyline, Rob Mallard said: “Daniel immediately feels guilt and then fear because it doesn’t occur to him that it has gone beyond Bertie, to begin with.

“He doesn’t realise the wider implications at all,” he explained.

Daniel will blame himself for the diagnosis and Rob hinted he could turn on a path of self-destruction as he struggles to understand the seriousness of the situation.

Rob added: “It was too upsetting for Daniel and he couldn’t deal with how upset Bertie was.”

The worrying dad continues to stress over his future with his son as he feels he is not enough for him.

Rob noted: “Bertie didn’t really cry at all during Sinead’s death and now that she has gone he is afraid of making Bertie cry because what if Sinead is the only thing that can stop Bertie from crying?

“He doesn’t want to find out whether or not he will actually be able to calm him down.”

Daniel comes to resent his family for their intense involvement in him and his son’s life – will he end up cutting them off for good?

Rob spoke about the complications his character has whilst growing up, which look to continue to affect him going forward, saying: “Daniel was on his own from the age of 14 so in his mind when things get too complicated and start falling apart he retreats back to himself.

“It is easier for him to cope this way because if anything goes wrong it is him that has to deal with it and he won’t be judged by anyone else, even though he is always judging himself. He is someone who doesn’t know who to ask for help,” he revealed.

However, if his son suffers further complications, will he manage to get the support of those around him, or will it be too late as he chooses to embark on a path of self-destruction?