Coronation Street: Abi is told that Seb has died from his injuries

Roy joined the ITV soap in 1995, and has grown into a viewer favourite ever since. As a café owner, Roy is always on hand to give Weatherfield residents advice and over the years, he has been heavily involved with some huge storylines, and his relationship with wife Hayley won the hearts of fans. Currently, the character is facing an ordeal following Nina’s (played by Mollie Gallagher) horrific attack at the hands of Corey Brent (Maximus Evans), which saw her and boyfriend Seb Franklin (Harry Visinoni) viciously assaulted over Nina’s gothic appearance, and Seb sadly died of his injuries. Speaking to Express.co.uk about how Roy tries to help his niece get through the tough time, David unveiled why he’s remained on Coronation Street for so long, and how long he plans to stick around as Roy.

Talking about ways in which Roy has evolved since setting foot on the street, David said: “He’s changed over the years because really he was this strange guy stalking Deirdre Barlow (Anne Kirkbride) and was a really lonely person and a real oddball.

“And he just doesn’t get some things, he stands too close. Nowadays he is full of wisdom and is the new Rita (Sullivan, Barbara Knox).”

He added: “People keep coming into the café because of all his wisdom. Somehow or another, he has survived and adapted.”

Roy is known for being considerate and quiet, but now that his niece Nina has been brutally attacked, viewers have seen a side to him not often shown. 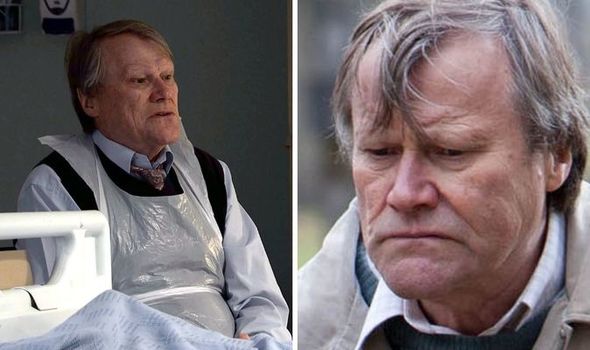 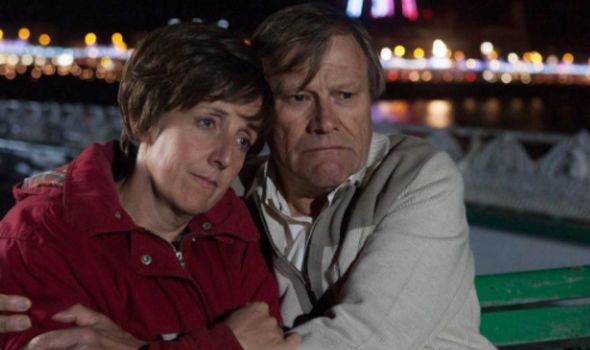 He became angry with Evelyn Plummer (Maureen Lipman) when she was in the café, and David likened this change to Roy’s “darker side,” which has been on display before.

In 2014, he attacked Gary Windass (Mikey North) with a cricket bat – although this anger is rarely seen in Roy, it may be on display in current episodes as he helps Nina.

And having been in the soap for so long, David has been able to show a number of sides to Roy.

“The time has flown,” Davis said. “It’s been extraordinary, and I have worked with some really, really good people, many of whom have gone on to other things. Why am I still here? I mean, I’m 72 – so, probably a lot of it is luck!

“I don’t know, I enjoy it. I enjoy grappling with it, people say ‘You’re playing the same thing,’ but it’s not the same thing at all. 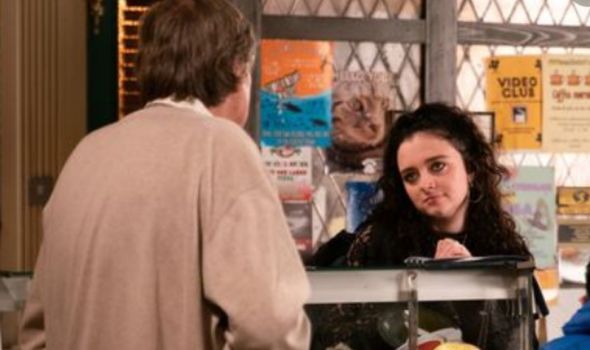 “I’m playing a completely different character with the name Roy Cropper, in his journey and it’s a very comfortable pair of slippers. And at the present time especially.

“I have mates who are actors who have had a really tough time and I’ve always felt fortunate and I feel doubly fortunate now.

“I’m desperate for theatres to start working. But it’s been very kind to me, and I’ve got away with it so far.”

On how Roy will help Nina to overcome the traumatic event, David explained that Roy is no stranger to intolerance after being married to Hayley, who was transsexual.

He said: “The whole Hayley thing was massively educational to him. He’d sort of got his life worked out and then this person came into his life who sort of turned it upside down.

“When he first found out she was transsexual he couldn’t cope with that.

“But then he realised that he was diminished by not having her, he was half a person and it was this thing called love that made him be with this person.

“So when it comes to the way Nina dresses, that’s nothing compared to what he’s already experienced.”

When asked how Roy will find the strength to deal with Nina’s grief while it brings back thoughts of Hayley, David said: “People are remarkable aren’t they?

“It’s part of being human, when life gets real, and he knows to carry on. Somehow or another life goes on and hopefully we learn.”

Talking about Nina actress Mollie, David described her as a talented actress, adding: “She’s just come out of drama school and has now been in Corrie for around 18 months and it’s a huge show, and then it’s been isolated by Covid.

“You don’t get that naturally, it’s not an easy thing. And then to be given this huge story.

“I was thinking ‘I wonder how this is going to be’ and she is just phenomenal. I mean, she’s really doing it properly.”

Coronation Street continues on Wednesday at 7.30p on ITV.