ZEEDAN Nazir looks to have once again been caught out by Ryan Connor.

Zeedan – who is played by actor Qasim Akhtar in the ITV soap – is being forced to launder money by his gangster father-in-law Hashim. 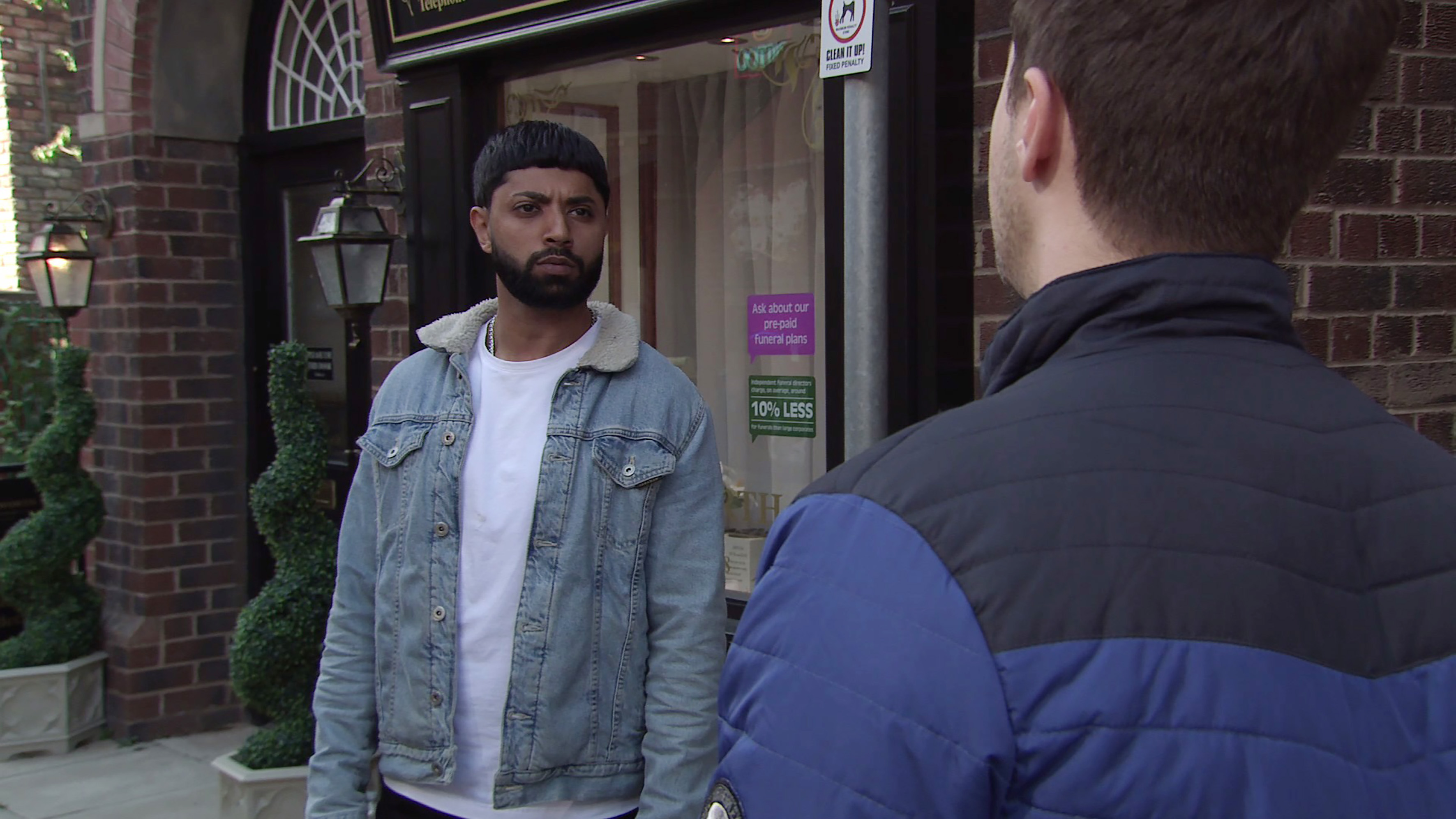 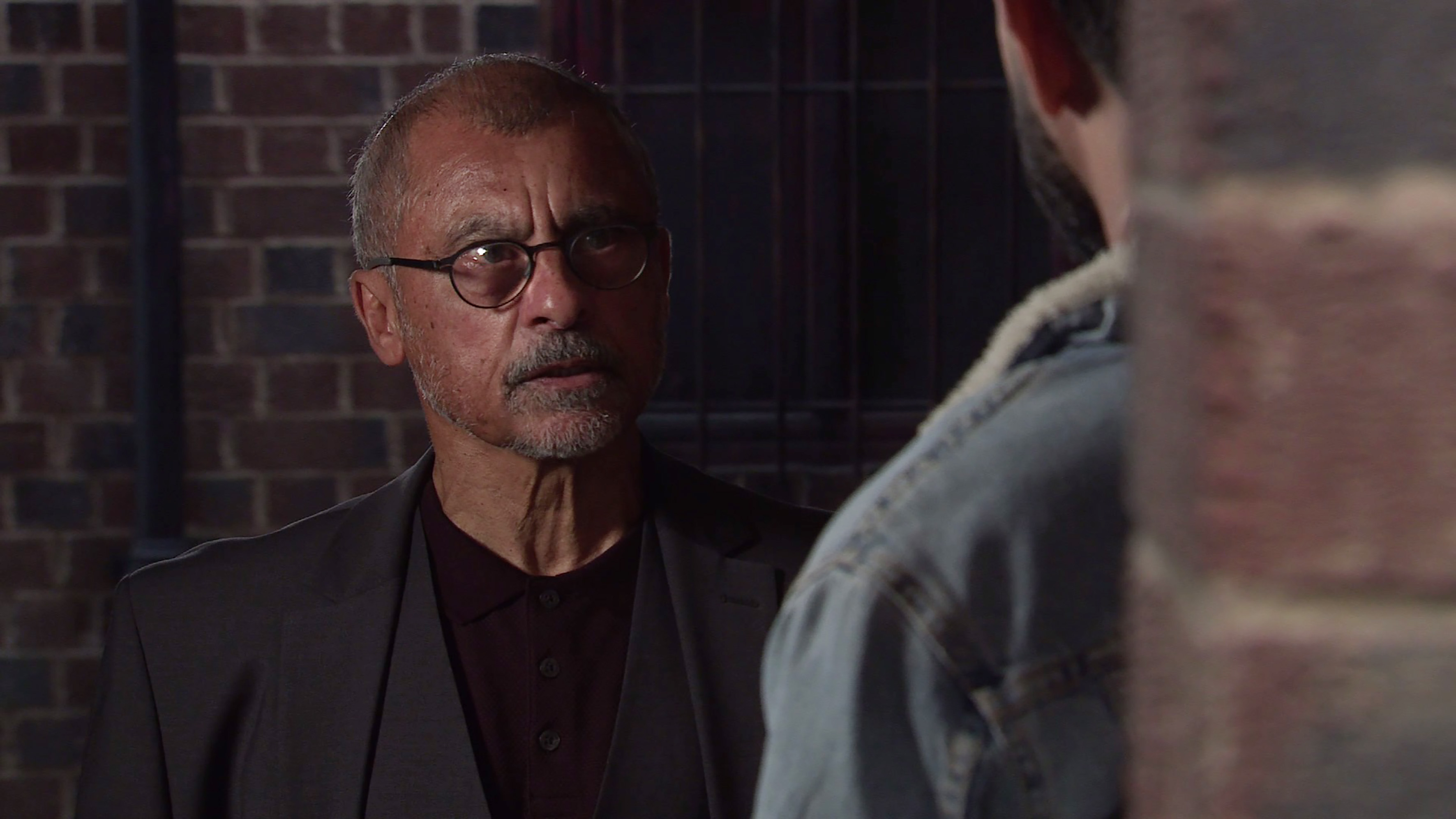 Viewers already know that Zeedan has been laundering Hashim’s cash through the Speed Daal cash register in recent weeks.

While he tried to get out of the scheme, his evil father-in-law was having none of it, instead handing him yet more cash to process for him.

With yet more cash to launder through the till, Zeedan tells Yasmeen, Alya and Ryan he's booked them in for a spa afternoon as a treat.

Wanting to get them out the way so he can sort te money in peace – he discovers yet more reason to be discreet as Ryan watches him closely.

As George and Eileen finish a lunch at the restauant, Zeedan rings the bill throguh twice, with Ryan noticing his error and pointing it out.

Covering his frustration, he pretends to have made a mistake before hurrying to Victoria Garden to meet Hashim.

Zeedan's father-in-law once again piles on the pressure to put more cash through the books in a heated exchange.

Passing by, Ryan clocks the pair having words and looks to be wondering if the pair could be up to something behind his back.

It's not the first time Ryan has caught Zeedan and Hashim having words, as he recently overheard another exchange and confronted Zeedan.

Will he chase up his suspicions – or will Zeedan continue to cheat his family?

Zeedan made a shock return to the cobbles earlier this year following a three-year absence from the soap.

But Zeedan’s offer of a loan to save Speed Daal upon his return left Alya suspicious of her brother’s sudden wealth.

The plot thickened when Zeedan was beaten by two mystery thugs on the street as he made his way towards Speed Daal for a family meal.

Viewers eventually discovered that Zeedan owed his father-in-law Hashim a load of money – and that he was being forced to scam his own grandmother Yasmeen in a dodgy money laundering scheme.