The actors, who play on-screen couple Daniel Osbourne and Nicky Wheatley, appeared in jovial spirits as they enjoyed a well-deserved break after wrapping their latest scenes. 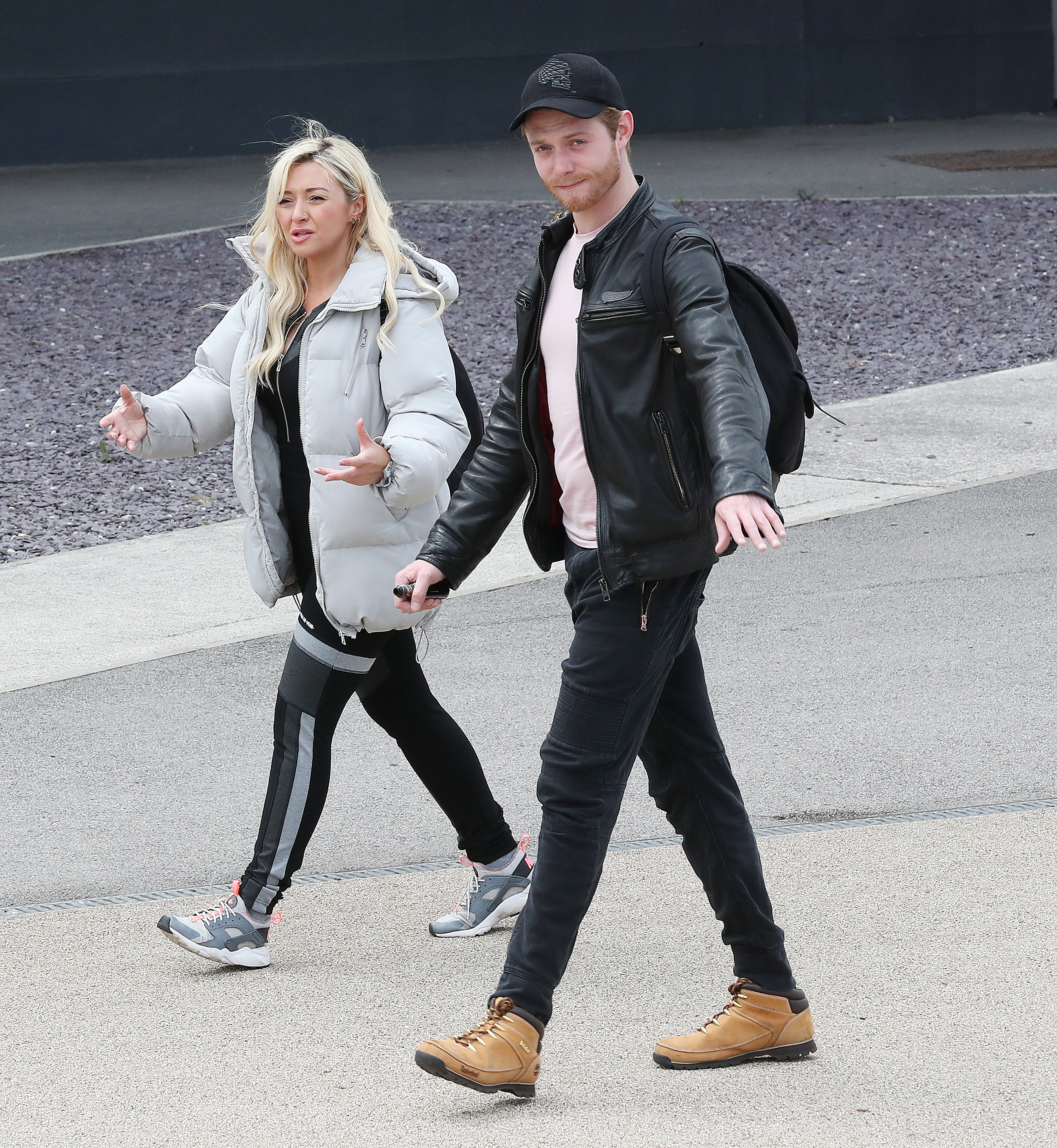 Rob, 28, sported a pair of black trousers, leather biker jacket and a white T-shirt for the post-work drink as lockdown restrictions eased around the country.

Following his casual lead, Kimberley, 33, slipped into a pair of black gym leggings with grey panels.

The actress then wrapped up in an oversized padded light grey jacket and carried a black backpack.

After arriving to the bar following a day on the Cobbles, the pair put on an animated display as they sat outside with a drink. 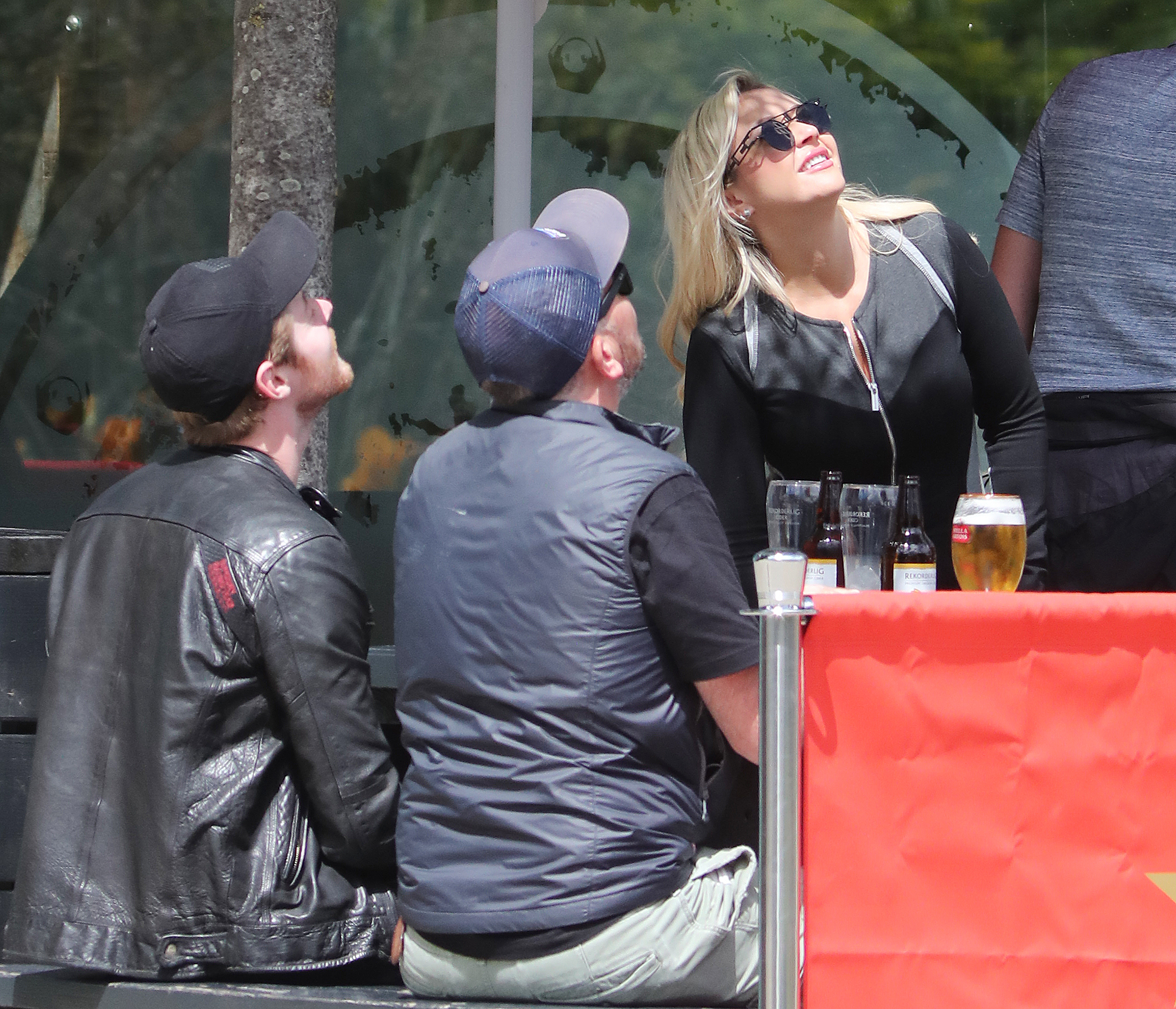 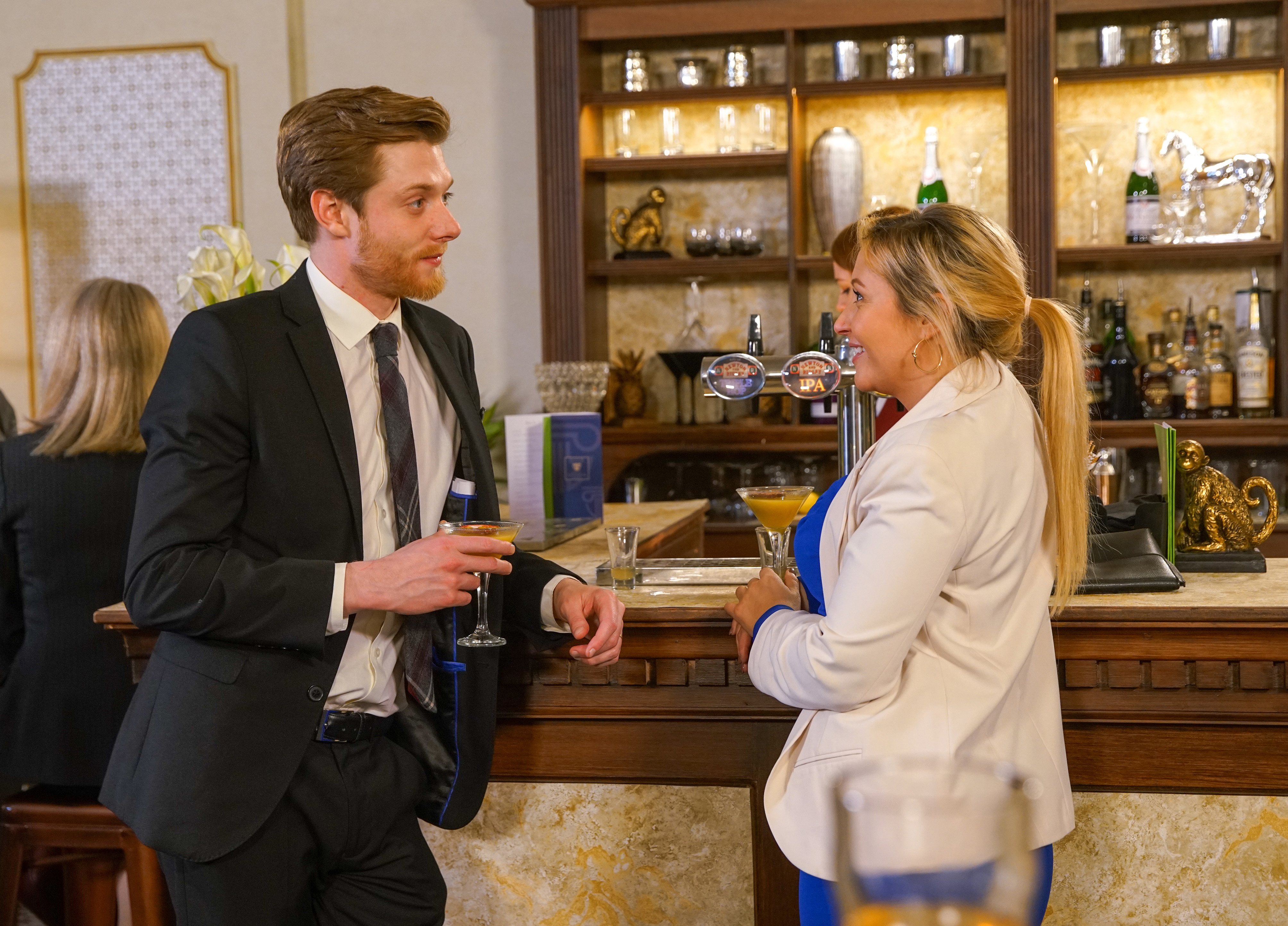 Stars first returned to work for filming last month, having previously attended a safety induction that highlighted the new measures that have been put in place to stop the spread of the coronavirus.

Photos released at the time revealed a sneak peek at how things have changed, and the team could be seen keeping their distance as they stood separately on the spacious set.

The cameramen have been using extended equipment, allowing them to remain far away from the stars while shooting goes on. 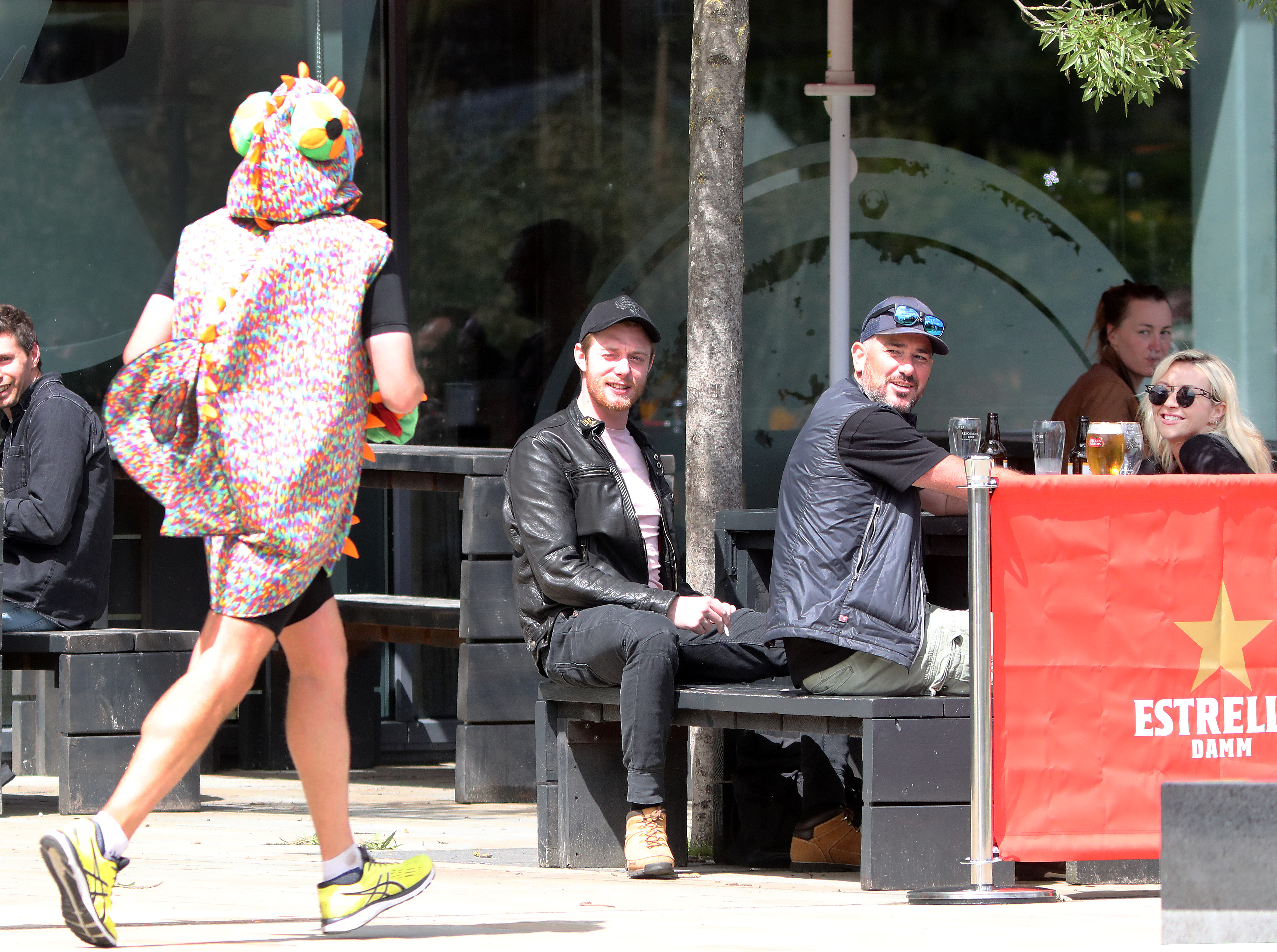 Meanwhile some of the staff are opting to wear face masks for extra protection, and there is yellow tape around the edge of sets to prevent showrunners from breaking the barrier.

There is also a reduced amount of crew on set, with Corrie bosses keeping the amount of people in the studios to a minimum.

Emmerdale was the first soap to resume filming after lockdown rules loosened, with the cast returning at the end of May.

Pictures obtained by The Sun Online previously showed the level of precaution ITV bosses are taking to ensure the smooth running of the soap.

This included going through a medical screening tent where their health will be assessed before continuing to the set.

Meanwhile, EastEnders has returned to filming, after being forced to go off air as stars were spotted returning to work at the end of last month.