If you have found yourself thinking ‘okay this is a bit over the top’ or ‘come on now, like that would happen!’, then chances are you have been tuned in to Coronation Street and Emmerdale.

With the soaps determined to prove they are back with a bang – and a splash – they chucked a huge budget at creating a week more bonkers than a drunk circus.

Was it silly? Yes. Was it unrealistic? Oh absolutely! Was it entertaining? 100% yes.

Soaps are meant to be bedded in realism for the most part but given the amount of time they have been airing, it’s very naive to expect documentary level accuracy – after all, no village or street could be plagued with so many events over the course of time.

And sometimes we just have to suspend disbelief and go with it; this was one of those weeks where the soaps honestly didn’t care about going a bit mad. It was purely for the entertainment and spectacle and it was an absolute tonic.

If you entered into the week a little too seriously, then you would have been frustrated by the plot holes – some of them in Weatherfield very literal.

Does Kim Tate really have an estate that seems to span 20 square miles? Would sinkholes keep opening up conveniently below characters for plot reasons? Would you really run into a maze when you are being chased by a serial killer? How likely is it to find a gun washed away in the sewer when you land right next to it?

If you have found yourself getting angry and calling it ‘tripe’ or ‘dire’, chances are the soap genre isn’t for you. 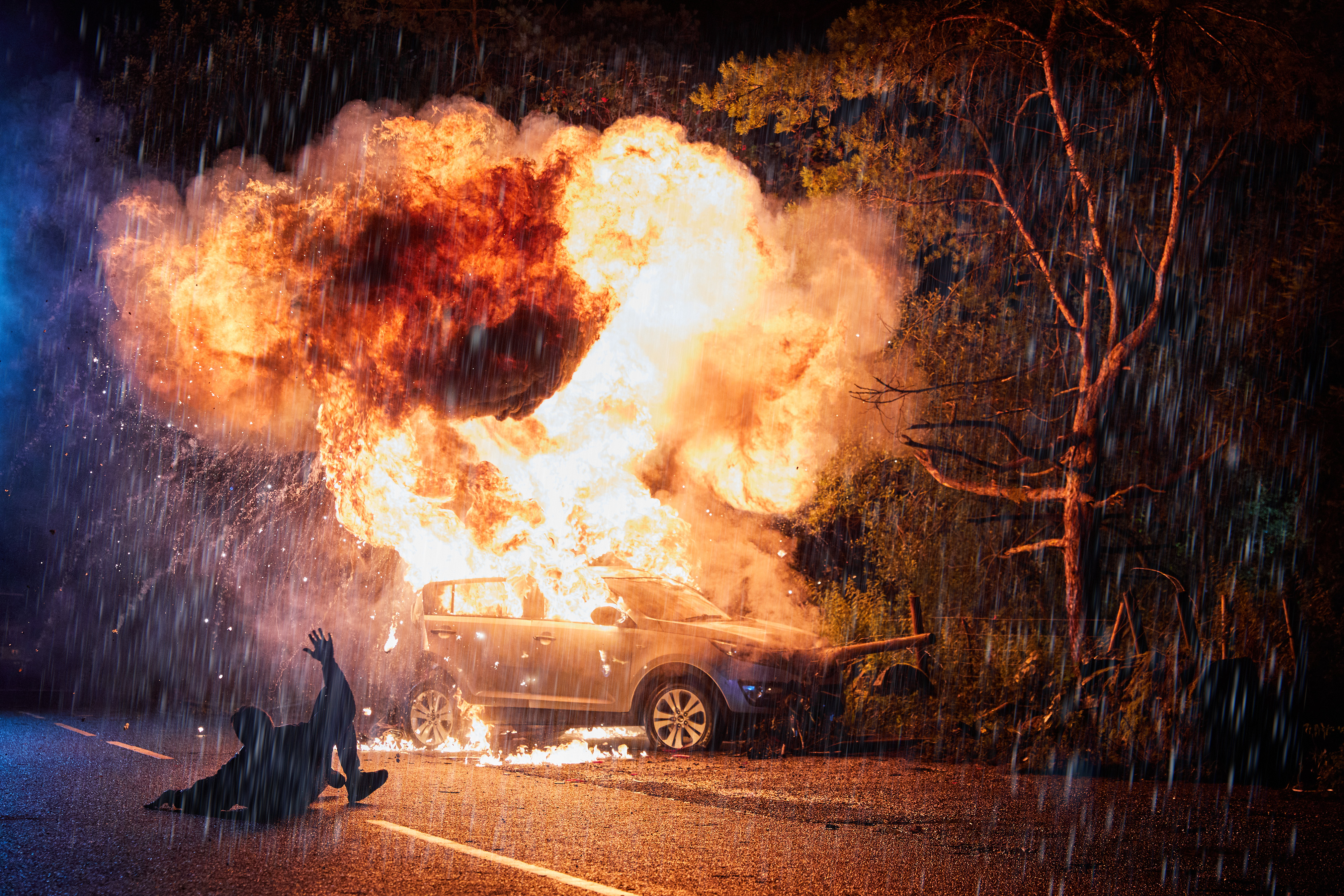 Given Coronation Street has been flattened twice by trams and Emmerdale is in the flight path of many a falling aircraft, it’s nothing new for a stunt to dominate the action.

In fact, if I lived in either of the areas, I would book myself on a holiday pronto for October – and watched out for wayward prison vans as best I could on the way.

As a viewer though, it’s been fun to be excited, thrilled, amused and impressed by lots of bells and whistles.

The cast and crew have excelled themselves, having not come off air at all since the pandemic.

To still be able to produce grounded and moving storylines like Geoff’s abuse of Yasmeen, Tracy Metcalfe’s post natal depression, Liv’s alcoholism and Seb and Nina’s hate crime attack to the level of quality they have been is a testament to the teams.

At the same time, investing in these weeks, building huge sets, going all out with stunt directors, set creators and designers has been a feat like no other and a defiant middle finger to Covid which tried to hard to grind production to a halt.

Not only have the soaps continued to produce high quality content which has kept us going through numerous lockdowns and the toughest 18 months many of us have ever faced but they have also pulled off some of the most ambitious work ever seen in a UK soap.

The campness of Meena Jutla has to be taken as it is; she is meant to be absolutely insane, completely audacious and even a little bit funny.

Will Mellor surviving everything as Harvey was a long shot but so what? Who doesn’t love a van crash, explosion, sinkhole collapse and car smash. And it still seems like the guy isn’t dead.

It wasn’t all about the mania either. Laughs were provided with the utter queen that is Debbie Webster and the unbeatable Paddy and Marlon duo.

Heart were wrenched by powerhouses Sally Carman and Sally Ann Matthews (there’s just something about Sally’s) and the raw tragedy of Andrea Tate’s demise as well as Fiona Wade’s raw performance as Priya when she was injured in the maze.

And it created new storylines or extra chapters too which means it wasn’t just all for show – things will have ramifications as the high octane stuff is toned back down again.

Who will be blamed for the tragedies in both soaps? Will Meena get away with murder again? Will the Alahans be ripped apart? Could Andrea’s death bring back Jamie? How will Sam cope as mum Natasha clings onto life? How will Carla and Jenny cope in the wake of Johnny’s death? Has life changed forever for Priya? Will Manpreet and Charles get it together? Who will fill all those sinkholes?

It’s been a week that was left there to enjoy with a bit of a tongue in cheek feel; the intention being to create a spectacle that was both a treat for the eyes and the (very much racing) heart.

It had it all that soap delivers; just ramped up.

So yes, it was really silly, it could easily be picked apart and we could quite easily scoff.

But that’s not part of the fun; take the week for what it was meant to be and it was some of the most entertaining TV in a long time.