Death in Paradise returned tonight with DI Neville Parker (played by Ralf Little) on-hand to solve another murder after being admitted to hospital. The detective’s nurse Dena Johnson (Gbemisola Ikumelo) was the victim after it was initially believed the woman had taken her own life. However, after tonight’s investigation came to its conclusion, fans were left worried that Catherine Bordley (Elizabeth Bourgine) may be the next to be killed off the show as she is set to a major part to play in next week’s two-part episode of the drama.

However, minutes into the instalment, Neville realised there was something wrong when he struggled to sleep.

He could hear a frog making a huge amount of noise and went to alert Dena to what was happening.

But to his shock, he could see her slumped on her desk after what looked to be a case of the nurse taking her own life. 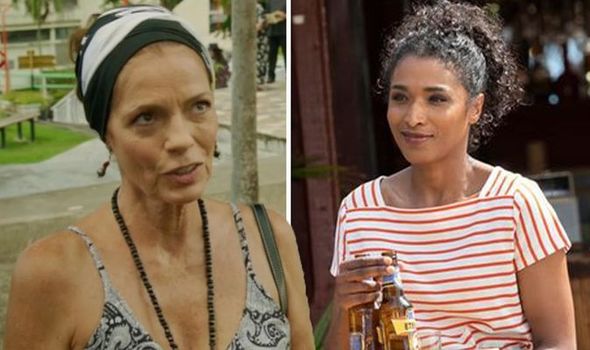 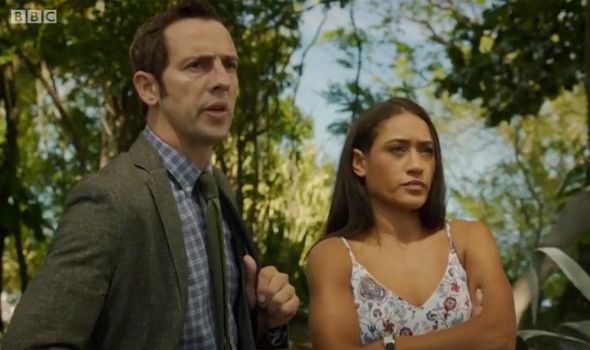 Later on, it was revealed she had not intended to die as the plot begun to unravel.

Elsewhere, tensions continued to rise between DI Selwyn Patterson (Don Warrington) and Neville after the latter crashed into his boss’s car.

And the commissioner seemed to issue Neville his final warning tonight, telling him he needed to change “for the sake of both our wellbeing.”

But it seems it’s Catherine who will end up being caught in the drama in next week’s double-bill of the murder mystery. 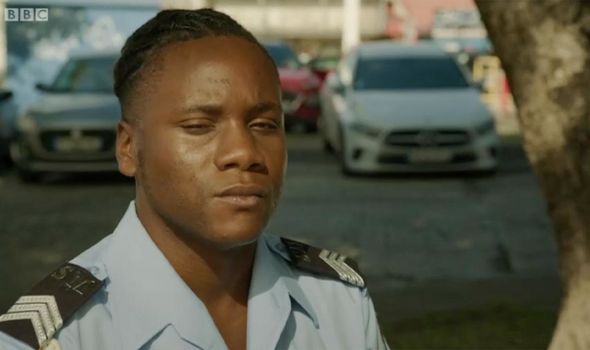 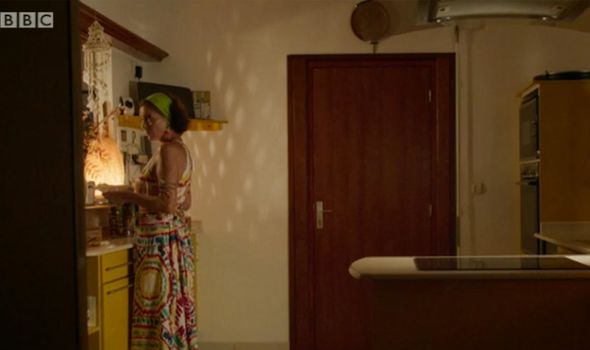 At the close of tonight’s instalment, fans were treated to a teaser of what was to come in next week’s episode.

And the mayor of Saint Marie will have a huge involvement in the upcoming case.

She is seen telling Neville: “Something I know might be of interest to the case…”

The end of the trailer appeared to see someone following the character before she heads into her home, looking worried.

But this clue immediately sparked a reaction from fans who started to worry this could hint Catherine will be in grave danger.

One shared: “Please say Catherine doesn’t die??? I know Camille returns, but let it not be for that reason!

A fifth echoed: “I swear to God if they kill off Catherine…! @bbc @lizbourgine #deathinparadise.”

It’s not yet known exactly why Camille will end up returning to the island but perhaps, this means it will be for more sinister reasons.

Could it be her mother’s shock death which will lead her back to Saint Marie in a huge twist?

Death in Paradise airs Thursdays at 9pm on BBC One.