On Thursday’s Dragons’ Den, Deborah Meaden, Peter Jones, Sara Davies, Touker Suleyman and Taj Lalvani readied themselves to listen to another group of budding entrepreneurs hoping they had what it took to secure investments in their businesses. And there were a handful of successes, with a natural dog treat brand and a low-cost skincare product all securing funds from at least one of the BBC show’s Dragons. However, when inventors Scott and David Borthwick pitched their idea of a darts-inspired gin to the savvy businesspeople, things soon unravelled.

Hoping to impress the Dragons, Scott and David kicked off their pitch by letting each of the Dragons have a go at throwing at a real dartboard.

Adding a unique and cheeky element to their pitch, they joked whoever got the highest score would be looked on favourably if there was a bidding war for their idea.

All five took their turns trying their best to reach the maximum 180 score, but it was Sara – who named herself the Durham Diamond – who won the small competition with a score of 64.

Moments later, the serious negotiations began as each of the Dragons put the gin-making pair under the spotlight. 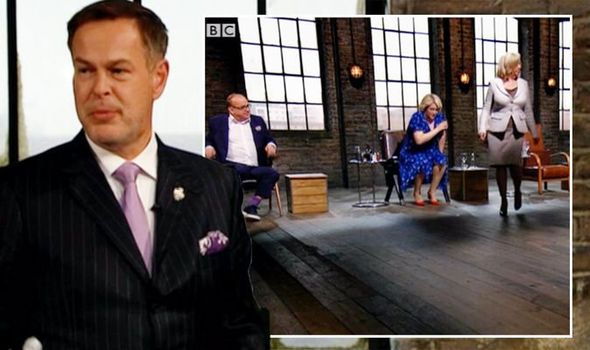 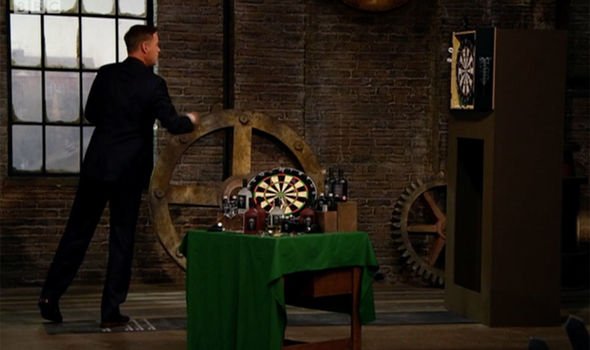 And it didn’t take long for eyebrows to be raised, especially when Taj probed into the costs and profits of the gin.

The brothers revealed to the Dragons it costs about £20 to make a bottle with a resell value of £25.

“That’s not much margin there,” Taj pointed out. “Have you thought this through?”

Scott and David put the final nail in their coffin just moments later when they admitted they only made the gin as a “hobby”. 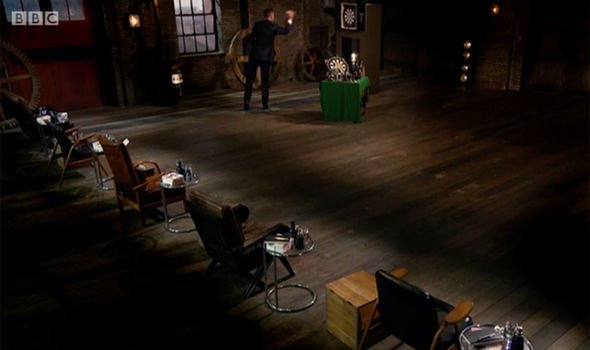 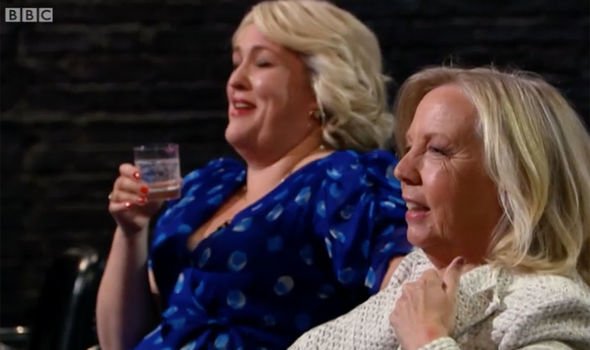 “It’s a hobby?” Taj questioned. “I’m an investor and trying to put my money in and I don’t want this to be a hobby for you guys.”

Deborah was also shown grimacing after hearing the two entrepreneurs say they only saw the business as something to do for fun.

And after hearing they planned on distilling the alcohol themselves in the future to cut on costs, all of the Dragons were quickly out.

However, while the brothers may have left the den, the dartboard remained and Peter couldn’t resist trying to best Sara’s score of 64.

Peter fared no better second time around, however, as after his throw, he sheepishly admitted: “That was seven.”

Sara and Deborah shared a laugh at his efforts before the latter mocked her co-star and the time they’d be left waiting for him to get a high score by walking out.

“Come on, guys,” Deborah said as she began to walk out of the studio. “Let’s leave him to it.”

Unfazed, Peter continued to throw at the board, before blaming the darts for his lowly scores.

Luckily before the final pitch of the show, however, all of the Dragons had returned to their seats.

Needless to say, the hilarious moment didn’t go unnoticed by viewers at home who were quick to weigh in with their thoughts on the moment.

“Don’t play darts with @SaraDaviesCC she will win xx #dragons-den,” one fan joked on Twitter.

While a second weighed in: “’The Dragon who scores the highest on the darts will get an advantage when it comes to the investment opportunity’ – Blimey,  Dragon’s Den has become Bullseye all of a sudden! #DragonsDen.”

Dragons’ Den continues Thursday at 8pm on BBC One.