Game Of Thrones alum Emilia Clarke toplines Lionsgate’s Above Suspicion, the Phillip Noyce-directed crime thriller in select theaters and on digital and on-demand platforms today. Jack Huston, Sophie Lowe, Austin Hébert, Karl Glusman, Chris Mulkey, Omar Miller, Kevin Dunn with Thora Birch, and Johnny Knoxville also co-star in the film, which is based on a true story of one of the most notorious crimes in FBI history.

Clarke plays Susan Smith, a young woman desperate to escape a seedy life of crime and drugs in a Kentucky coal mining town. When a newly minted FBI agent named Mark Putnam (Huston) recruits Susan as his informant for a high-profile case, she believes her bad luck may finally be changing. But as Susan and Putnam’s relationship deepens, so does the danger, setting them both on a collision course with deadly consequences.

“Shot in the area in which the real story took place in 1988 and ’89, Above Suspicion benefits from a strong dose of authenticity anchored by a revelatory performance from Clarke, who nails the demeanor and accent of a doomed soul trying to escape a beaten life,” remarked Deadline’s Chief Film Critic Pete Hammond in his review.

Check out the trailer. 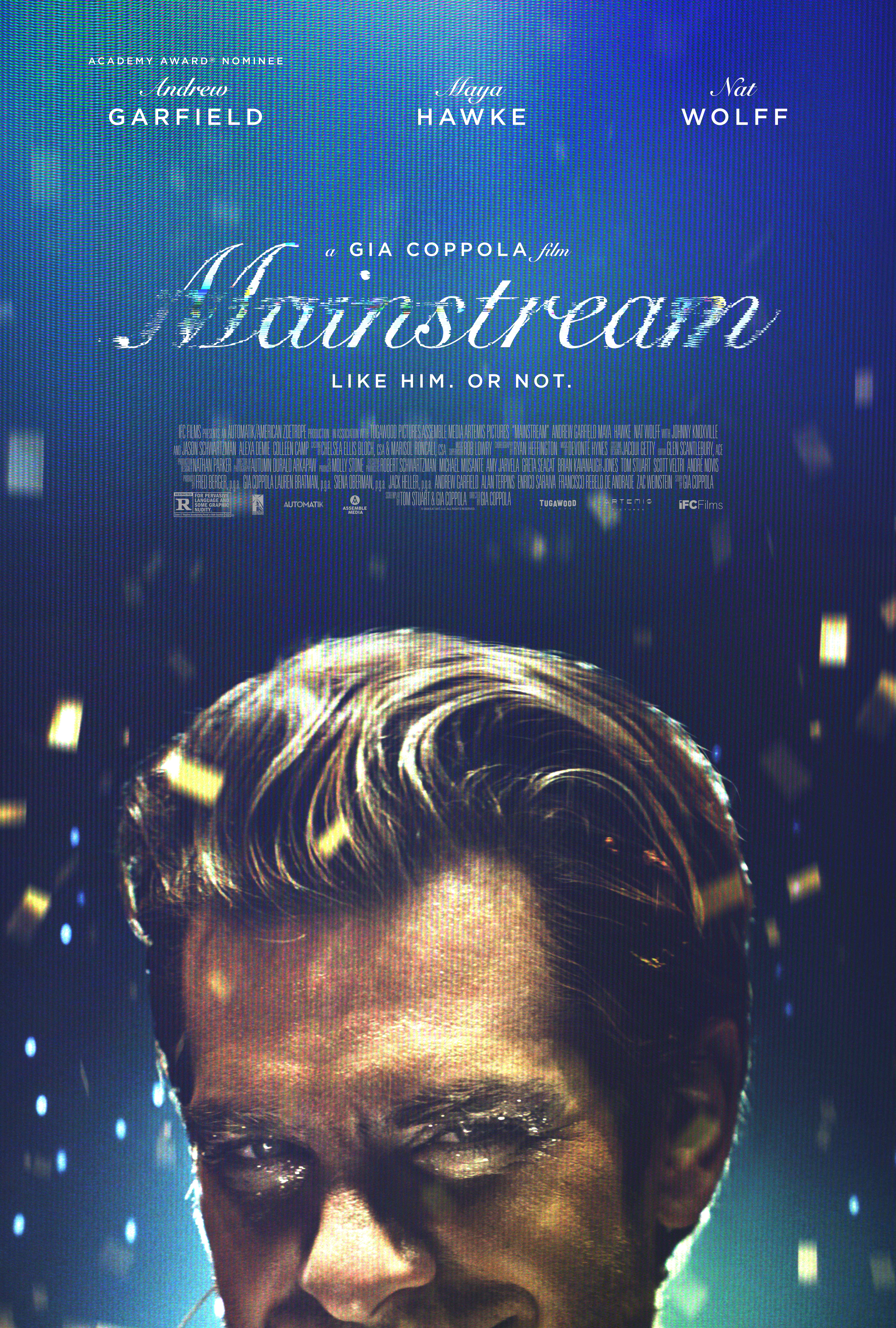 Maya Hawke and Andrew Garfield shoot for social media stardom in Mainstream, Gia Coppola’s sophomore feature that IFC is releasing in select theaters and digital platforms. The film made its world premiere at the Venice Film Festival 2020 and also screened at the Telluride Film Festival.

Hawke stars as a young woman who thinks she’s found a path to internet fame when she starts making YouTube videos with a charismatic stranger (Garfield) – until the dark side of viral celebrity threatens to ruin them both. 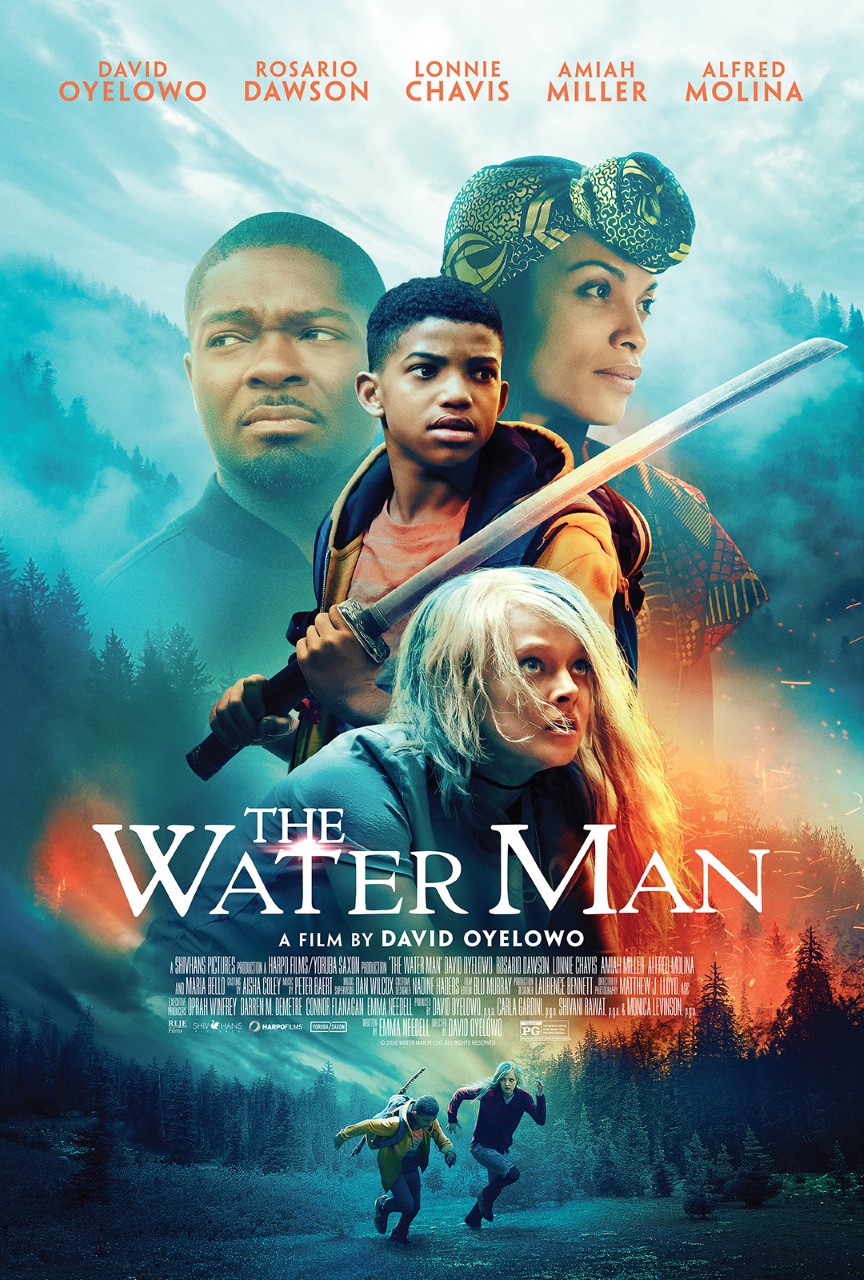 The sci-fi adventure tale, which had its premiere at last year’s TIFF, is about a boy in search of a legendary creature with the ability to cheat death.

Chavis plays Gunner, a young boy who sets out on a quest to save his ill mother (Dawson) by searching for a mythic figure who possesses the secret to immortality, the Water Man. After enlisting the help of a mysterious local girl, Jo (Miller), they journey together into the remote Wild Horse forest — but the deeper they venture, the stranger and more dangerous the forest becomes. Their only hope for rescue is Gunner’s father (Oyelowo), who will stop at nothing to find them and in the process will discover who his son really is.

Oyelowo told Deadline, “Personally, I find sacrificial love to be the greatest attribute we as human beings have. Anyone who puts themselves on the line for someone else, in my opinion, is a hero. To see that manifest in an 11-year-old boy, for his mother, was just something I found and find very moving.”

Check out the trailer.

Entertainment Squad is distributing the select theaters this Mother’s Day weekend and as well as on digital HD internet, cable, and satellite platforms 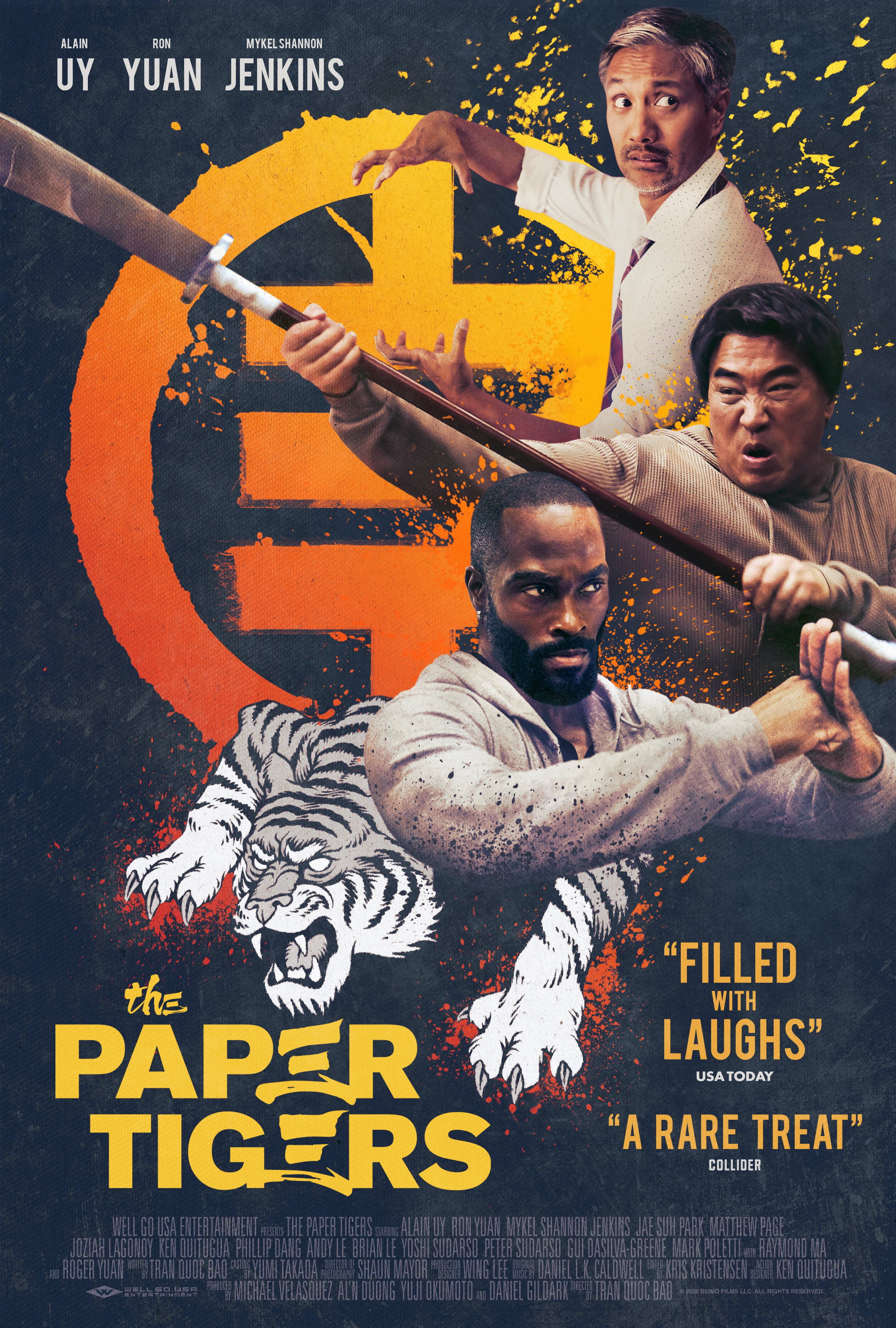 Described as an homage to Seattle’s martial arts scene from the 1970s and 1980s as well as the legendary Bruce Lee, the pic follows kung fu disciples Danny (Uy), Hing (Yuan), and Jim (Jenkins) who as teenagers were inseparable. Fast forward 25 years and each has grown into a washed-up middle-aged man seemingly one kick away from pulling a hamstring—and not at all preoccupied with thoughts of martial arts or childhood best friends. But when their old master is murdered, the trio reunites, soon learning that avenging their sifu will require conquering old grudges (and a dangerous hitman still armed with ample knee cartilage) if they are to honorably defend his legacy. 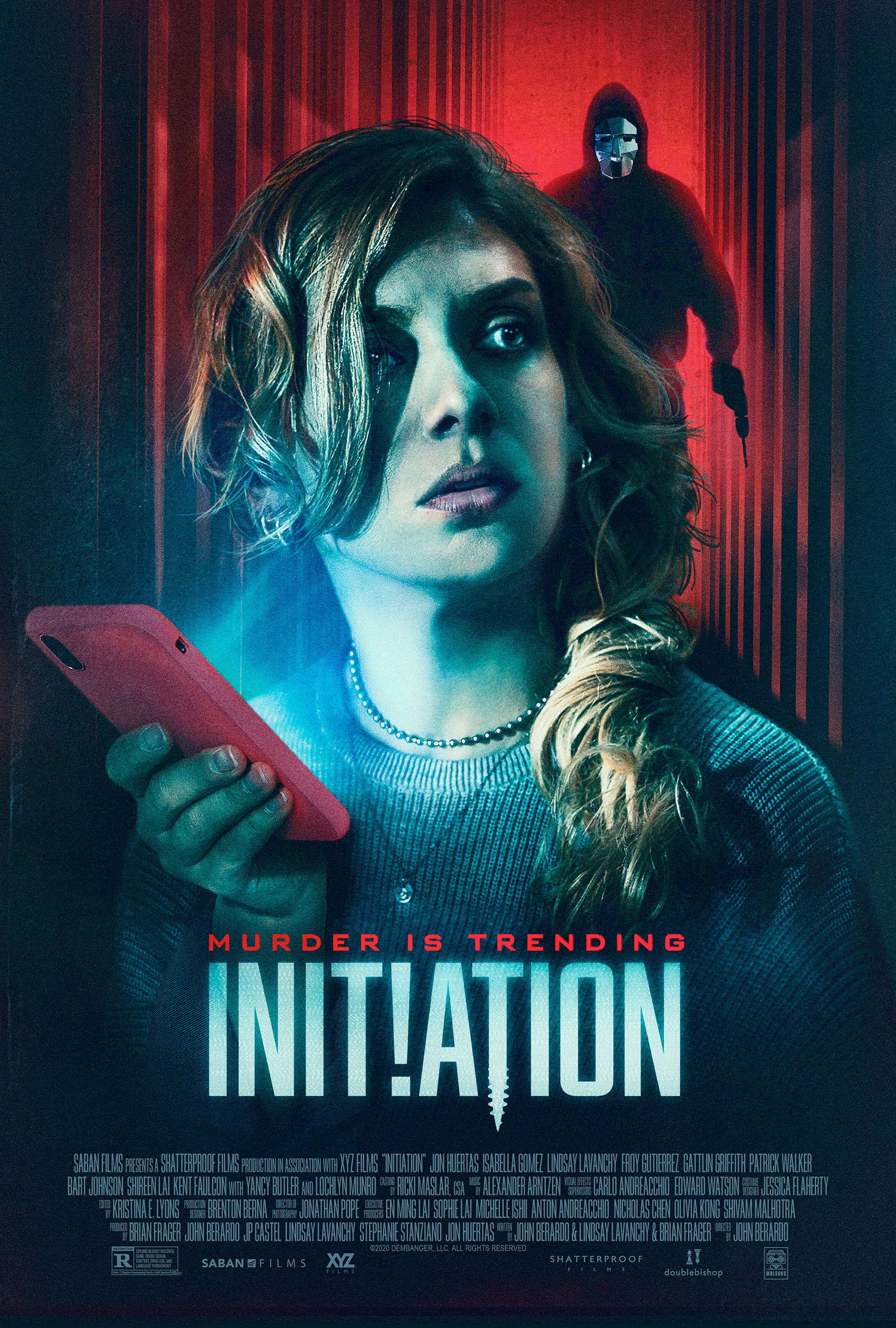 Saban Films will distribute John Berardo’s horror thriller Initiation in theaters and VOD today. In the film, a murder during a university’s pledge week ignites a spree of sinister social-media messages and a race against time to stop a killer before he strikes again.

The pic had its world premiere in the Midnighters section at SXSW 2020 under its former title Dembanger. 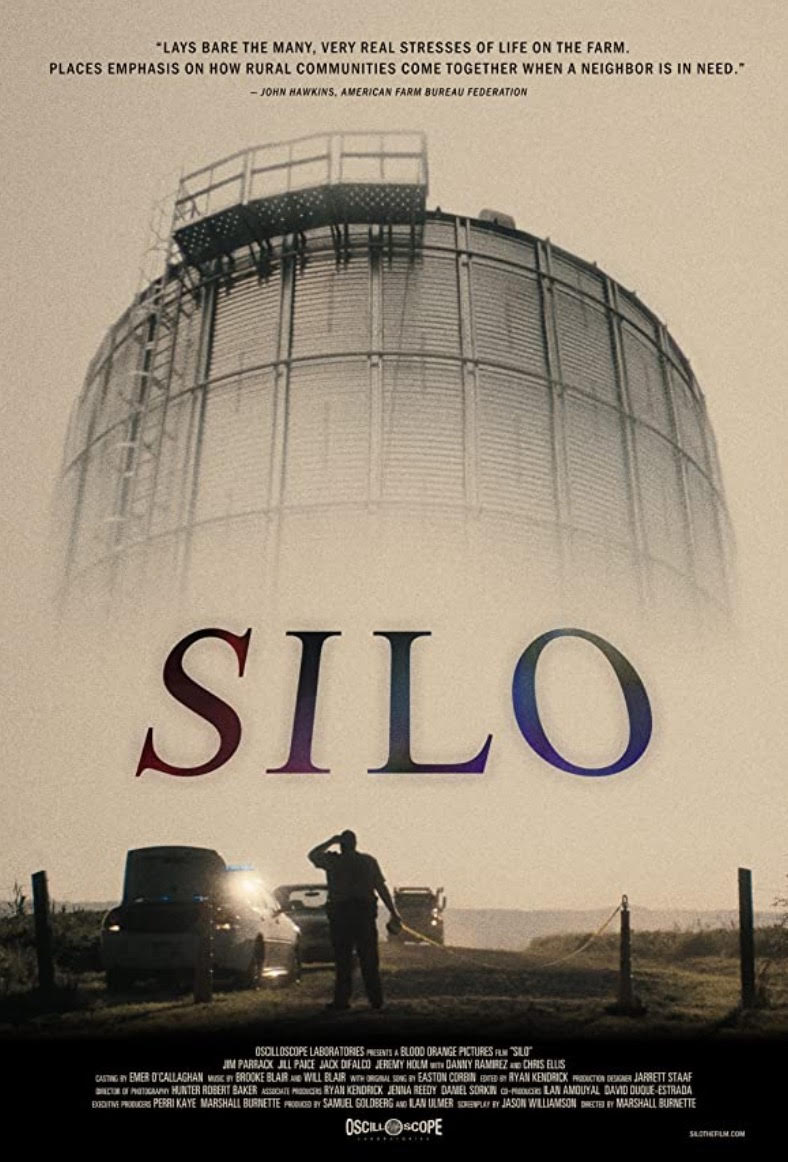 The Marshall Burnette-directed grain entrapment drama Silo is open in select theaters via Oscilloscope Laboratories. Inspired by true events and set in an American farm town, the dramatic thriller stars Jack DiFalco as Cody, a victim of a grain entrapment accident.

Family, neighbors, and first responders must put aside their differences to rescue him from drowning in the 50-foot tall silo where corn quickly turns to quicksand. The film puts the spotlight on the dangers of modern farming and its significant impact on rural America.

Jim Parrack, Jill Paice, Jeremy Holm, Danny Ramirez, and Chris Ellis round out the cast. A portion of the proceeds from the film’s theatrical launch is being donated to the National Fallen Firefighters Foundation, The Progressive Agriculture Foundation, and The John Bowne Agricultural Program.