Sex and the City follows a sex columnist named Carrie Bradshaw (Sarah Jessica Parker) and her three friends as they explore the dating scene in New York City. Meanwhile, Emily in Paris sees a marketing professional named Emily move to Paris to work at a French marketing firm. Although Emily tries to focus on her work, she finds herself wrapped up in romantic drama all over the city.

Both of the romantic comedy shows emphasize themes in friendship, relationships, and work life. Additionally, Emily in Paris and Sex and the City are known for their bold fashion aesthetics. 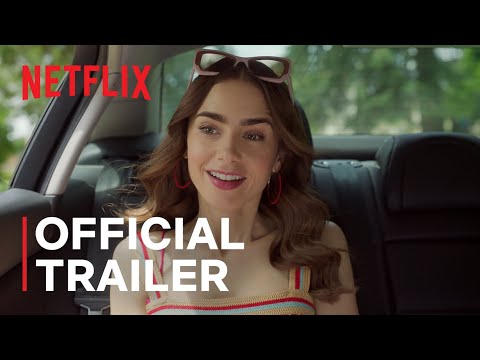 Kim Cattrall, who played Samantha Jones on Sex and the City, has not appeared in the HBO Max reboot. And Just Like That… addressed Samantha’s absence, explaining that the publicist moved to London.

Coincidentally, in Emily in Paris Season 2, Emily meets and begins dating a London-born banker named Alfie in Paris. Although he has to move back home, Alfie and Emily might try a long-distance relationship. Could this mean some visits to London in the future?

Many Emily in Paris viewers saw the Alfie storyline as a chance for Emily to run into Samantha in London.

“It would be wild if Emily went to see Alfie in London and ran into Samantha Jones,” one fan wrote on Twitter.

Another user suggested that Emily might be “over Paris” and instead moves to London to work with Samantha.

On the other hand, an Emily in Paris x Sex and the City crossover could also follow Samantha to Paris. Some fans suggested that Samantha could become Emily’s new boss.

Neither Star nor Cattrall has weighed in on the crossover theories. However, Cattrall did create a buzz back in September when she posted a selfie with Patricia Field, a costume designer and consultant on Sex and the City and Emily in Paris. Many fans took to the comments section to encourage Cattrall to join Emily in Paris.

“Samantha, please come back … Emily in Paris,” one fan wrote with a heart emoji.

Netflix has yet to officially renew Emily in Paris Season 3. In the meantime, seasons 1 and 2 are now streaming.