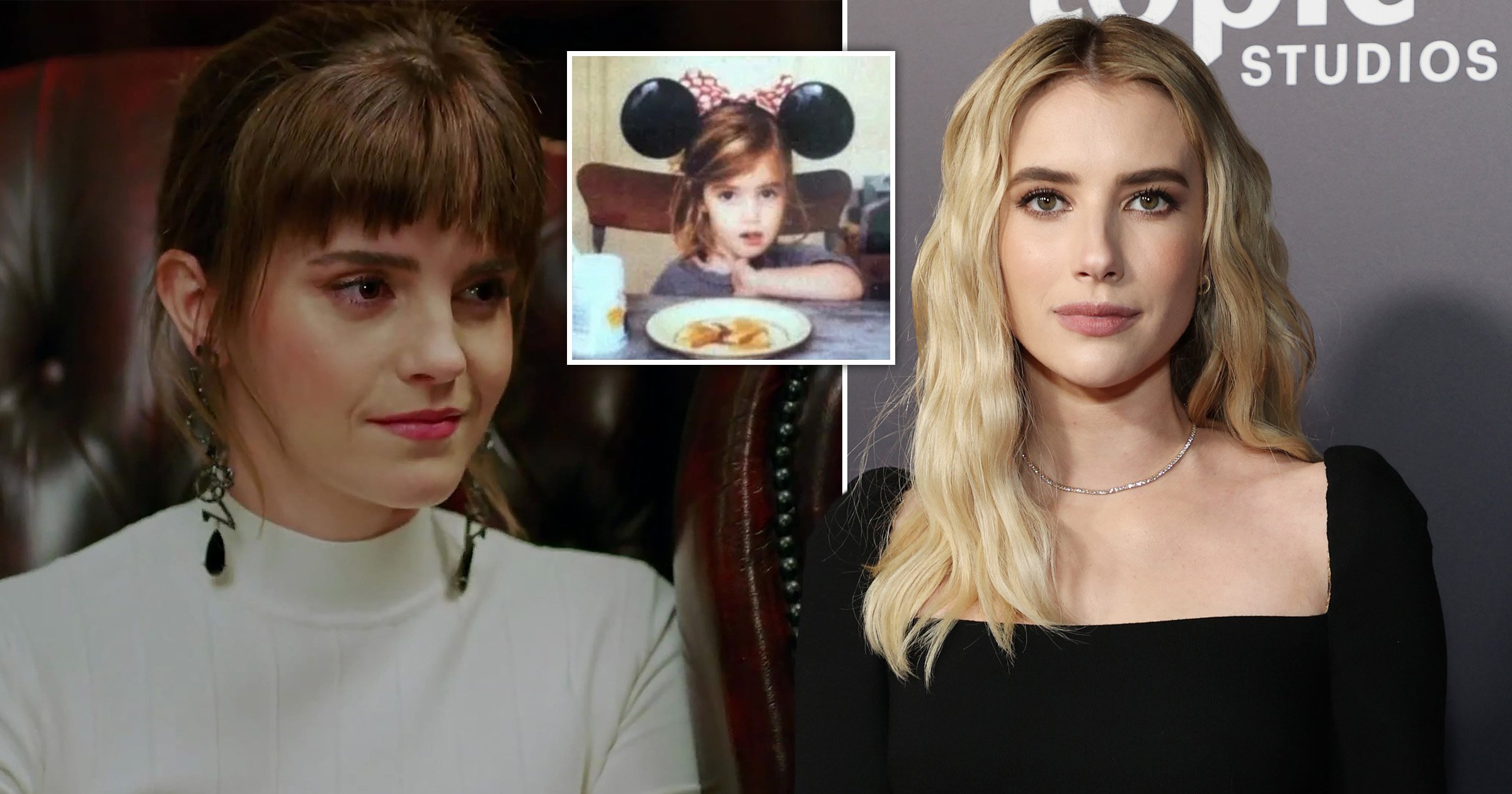 Emma Watson has addressed the gaffe that was made in the Harry Potter Reunion concerning a photo that supposedly showed her as a child – but actually featured a different Hollywood actor.

The special, which aired on New Year’s Day, was an emotional affair for Harry Potter fans around the world, as Emma reunited with co-stars including Daniel Radcliffe, Rupert Grint, Tom Felton and Bonnie Wright for the 20th anniversary of the first film in the franchise, The Philosopher’s Stone.

In one segment that focused on Watson’s childhood, an image was shown of a young girl sitting in front of a plate of food at a kitchen table while wearing Minnie Mouse ears.

Eagle-eyed viewers quickly realised that the photo was actually of a young Emma Roberts, best-known for starring in productions including Wild Child, We’re The Millers, Scream Queens and American Horror Story.

After the producers acknowledged the blunder in a statement, the error has since been fixed with a different picture.

The Hermione Granger star has since shared the original photo in a post on Instagram, writing in the caption: ‘I was NOT this cute, @emmaroberts #emmasistersforever,’ alongside a cry-laughing emoji.

In response, Roberts re-shared Watson’s Instagram on her Story, writing: ‘Haha! I don’t believe that!’

While she may not have been in the Harry Potter films, the actor expressed her delight over the series several years ago.

In July 2011, Roberts tweeted about going to see the final film in the series, Deathly Hallows Part 2, writing: ‘Saw Harry Potter last night! Was AMAZING! Although I will never get used to 3D glasses #headache #epicmovie.’

‘My goodness this was so hilarious,’ one person said, while another commented: ‘Finally confusion cleared.’

The mistakes didn’t stop there in the Harry Potter special, as Oliver Phelps – who played George Weasley in the movies – revealed that he and his twin brother James Phelps – who portrayed Fred Weasley – had been incorrectly labelled.

Sharing a screenshot of the moment on Instagram, he wrote: ‘I guess after all those pranks over the years somebody decided to get their revenge.’

Meanwhile, Draco Malfoy actor Tom joked that it was ‘his doing’.