Emmerdale fans are convinced the woman Al Chapman (played by Michael Wildman) was talking to is his secret daughter. It comes after the businessman has been making shady moves in his personal life, as girlfriend Priya Sharma (Fiona Wade) planned his birthday surprise. But she may get a surprise of her own in upcoming months when this mystery woman emerges from the woodwork.

Taking to Twitter to comment, one said: “I have a feeling they’re trying to make us think al got someone on side could be a daughter #emmerdale.”

“That better be your secret daughter, Al @emmerdale #emmerdale,” someone warned online.

Another commented: “Al’s daughter that’s never been mentioned before? That’s my guess  #emmerdale.”

“It’s too obvious to be a mistress. It’s probably a daughter of Al’s #emmerdale,” a fourth chimed. 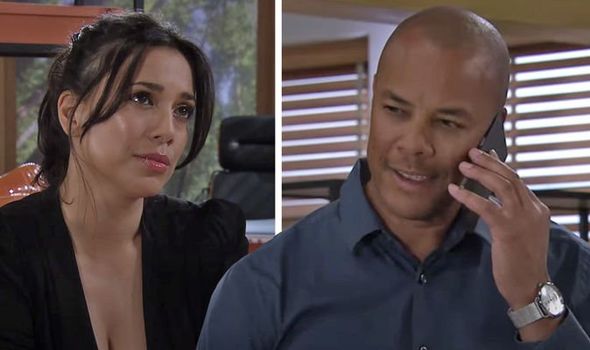