The trial for Nicola’s (Nicola Wheeler) attackers is looming in a new Emmerdale video, as both Nicola and Naomi’s (Karene Peter) families prepare for court.

While the Kings are in high spirits as they pack the kids off with Rodney, Naomi is concerned. 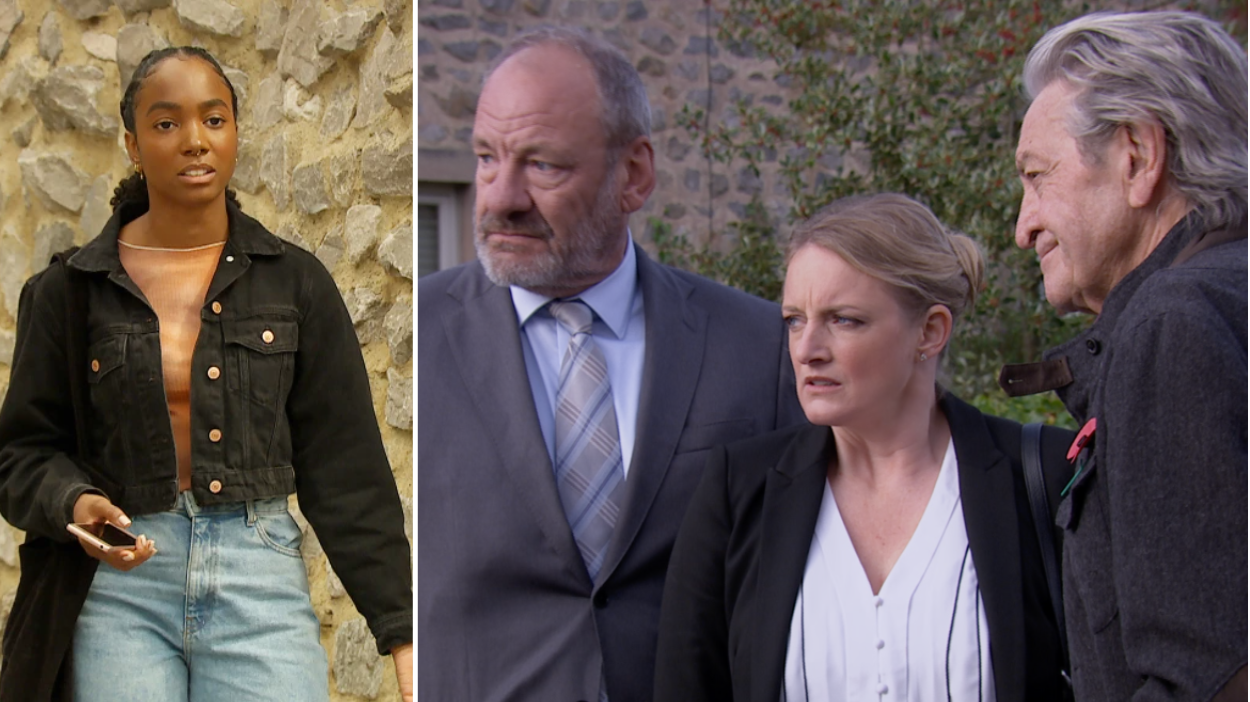 Though Ethan (Emile John) is confident in her case, Naomi is worried that she won’t be believed.

With the five other girls involved in Nicola’s attack all claiming the same story, Naomi is the odd one out – given the fact she was also not part of the group when the attack took place, but in the background.

However, Ethan believes that this is a good thing, as she has a good barrister and is the only one admitting to actually being at the crime scene.

But with five girls’ words against hers, will Naomi be able to prove her innocence in court, or will her fears of being sent down come true?

Nicola is determined to get justice, no matter what the consequences for anyone else. Could her testimony put Naomi in further danger?