Speaking to Express.co.uk and other publications, Emmerdale producer Kate Brooks explained that Faith Dingle (Sally Dexter) will soon be in another cancer scare, which she will at first be in denial about. She also spoke about other big plots coming up in the popular ITV soap, such as Kim Tate’s (Claire King) downfall and Tracy Metcalfe’s (Amy Walsh) postnatal depression. Could upcoming scenes see Faith’s exit sealed?

Faith has recently been conflicted between her family and her love for Eric Pollard (Chris Chittell).

But soon, priorities will change for the much-loved character as she is at the centre of a serious health scare.

Kate said: “Since returning to the village, the spirit of Faith has been a constant whirlwind of chaos and mischief.

“However, will see her health start to decline as she worries her cancer has returned? Her fears over her health and future brings everything into sharp focus, and as she realises what is important – Cain Dingle [Jeff Hordley] and Chas Dingle [Lucy Pargeter]. 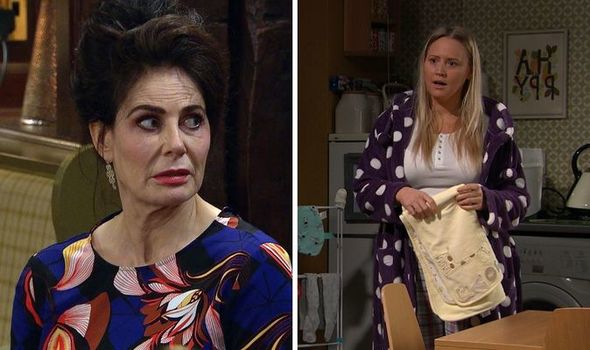 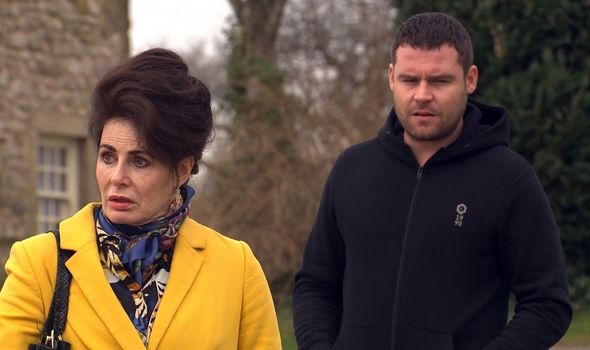 “Will she be able to tell her kids the truth? Or in Faith Dingle style, will her lies leave a trail of destruction in her wake?

“It’s a heavy story, but there is lots of fun along the way, as Faith entangles Pollard and Brenda [Walker, Lesley Dunlop] into her world.”

Could the popular character be saying goodbye to the Dales? Soap bosses have promised a dramatic summer, and with the plot described as “hard hitting,” it seems Faith’s exit could sadly have been sealed.

Elsewhere, Kate talked about what may be coming up for Tracy, who has been struggling since giving birth to her first child.

“Everyone loves Tracy,” Kate said. “She’s funny, she’s feisty – however, over the past few weeks we have seen that Tracy is struggling to adapt to life as a new mum.” 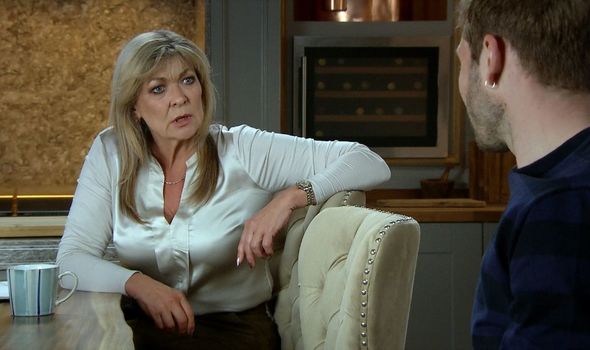 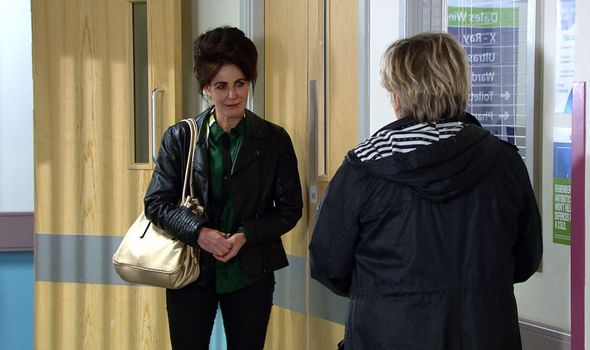 Kate explained as the storyline continues it will show some “heartbreaking” scenes about the condition and how it can affect people.

She added: “Even those who extensively seem to have it all – an adoring partner and a textbook baby.

“We wanted to share the truth about how it really impacts people’s lives.

“And we’ve worked extensively with numerous charities but most notably the APNI charity to ensure that we tell a broad and very honest portrayal about how postnatal depression affects Tracy and her family.

“It’s a really sad statistic but up to one in every 10 women will develop postnatal depression in the first 12 months of having a baby.”

Kate said the story will be hard to watch at times, but will ultimately be about love and hope.

“So this is a really important and all too relatable story to tell,” she said.

“And we do hope it offers comfort to those going through a very similar experience.

Kate also said that soap villain Kim could soon be defeated. “She isn’t always known for her vulnerability,” Kate said.

“But over recent weeks we’ve seen she can start to doubt not only her own sanity but doubting the people she loves most, about who is trying to bring about her downfall as her paranoia and reaches boiling point and she stops at nothing to ensure that she catches the culprit responsible for trying to instigate the downfall.

“But as with best laid plans, sometimes they don’t always go accordingly, and will Kim’s plan to catch the person responsible for all of this, bring about her own downfall, will she end up paying the ultimate price?”

Lastly, the producer confirmed the soap would be seeing its first ever Pride event.