When the ITV soap saw Jessie Dingle (played by Sandra Marvin) called in to her school because a dead body had been found buried underneath, Lydia (Karen Blick) immediately turned shifty, prompting much speculation from viewers over her being the most likely character involved.

And when it turned out the bones were actually that of a baby, Emmerdale’s latest plot suddenly became a lot more heartbreaking.

Exactly how Lydia’s baby died is yet to be revealed, but the bubbly cleaner confirmed suspicions from fans and the Dingles in tonight’s episode when she suddenly walked into the police station.

Having been missing for a whole day in the village, Lydia showed up a little dishevelled as she marched straight up to the police officer on duty.

“I’m the woman you’re looking for,” she declared firmly, and it was clear she’d been using the time away from her fiance Sam Dingle (James Hooton) thinking things through.

The police officer was confused, but his face fell instantaneously when Lydia clarified her statement.

Next week’s episodes will likely explore Lydia’s revelation and her involvement in how the baby came to be buried underneath the school grounds.

Bosses could decide that the baby’s father is a complete stranger from Lydia’s secondary school, or in fact it could be someone more recognisable from the village.

What if Lydia shares a much more intrinsic connection with the Tates and Home Farm than she ever realised if the soap’s iconic character Frank Tate (Norman Bowler)is actually the father, or has she been aware all along? 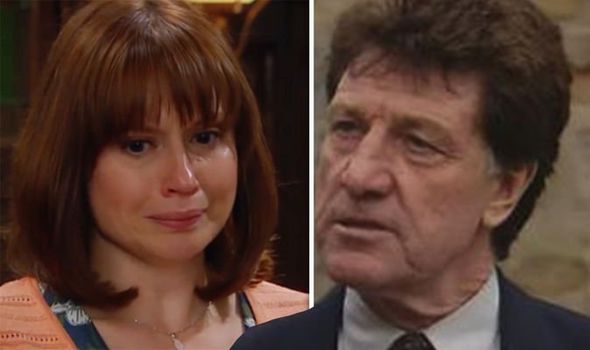 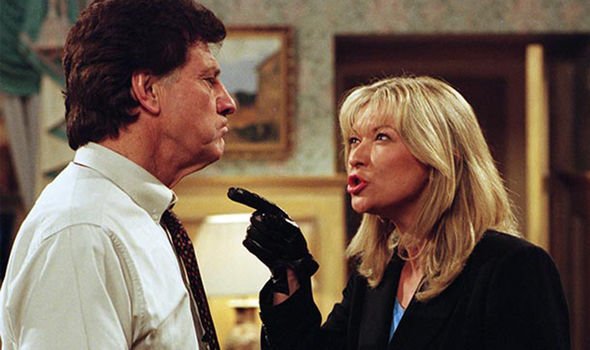 I’m the woman you’re looking for

If that was the case, it would make sense why Lydia was keen to work at Home Farm and has an easy rapport with Graham Foster (Andrew Scarborough) and Kim Tate (Claire King).

The theory comes from a fan on Twitter who posted a picture of the two characters, and captioned them: “Lydia Hart/Jenny Finn literally buried her tragic past at the school grounds… And Frank Tate was the ‘baby daddy’.”

The baby’s father could also be any number of characters from the village past or present, but if it is Frank, there would have been an enormous age different between him and Lydia.

What’s more, it may have been during his marriage to Kim or one of his other relationships.

While fans wait to see how the mystery unfolds, father-of-one Sam was left truly devastated by Lydia’s sudden disappearing act, and he refused to believe she is the person in the newspapers. 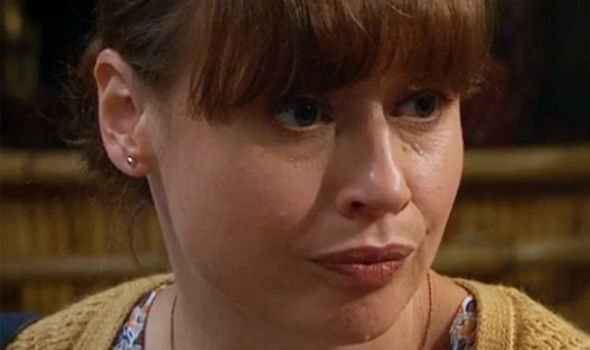 Setting up a search party, he barked orders at his family and friends to “get moving”, as he panicked about being too late to get to his fiancee in time.

“Too late for what?” Belle Dingle (Eden Taylor-Draper) asked.

“I dunno,” a fraught Sam exclaimed. “What am I gonna do if something really bad’s happened to her?”

How will Sam and Lydia’s relationship fare when he discovers she’s been lying to him all this time? Here’s the latest deep-dive into whether Lydia is really Jenny Finn.