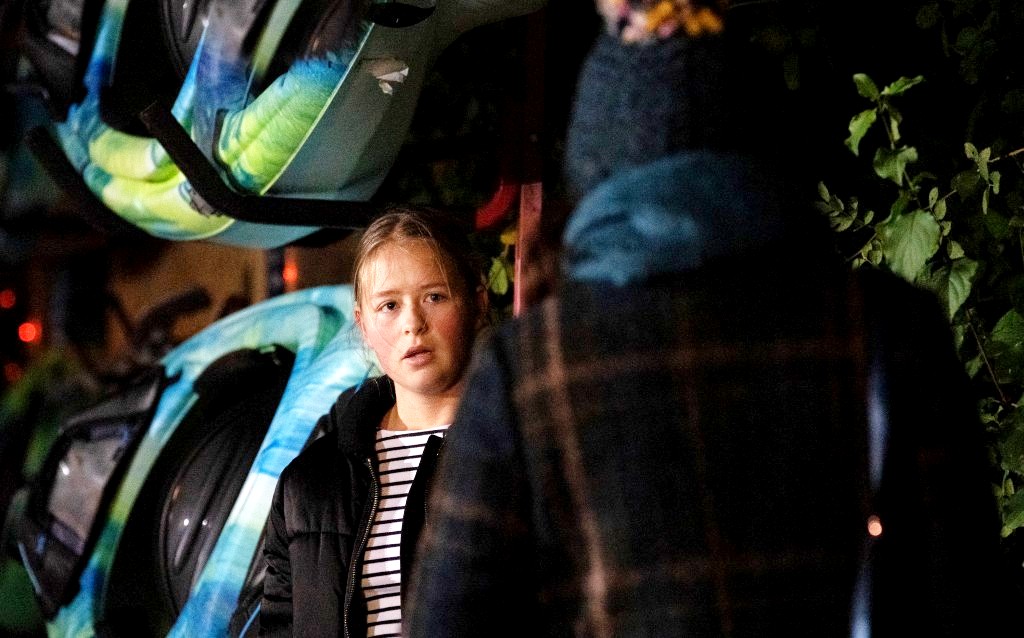 Liv Flaherty (Isobel Steele) has been left in shock at footage which showed her final confrontation with Ben Tucker before he was later found dead in Emmerdale – and she doesn’t remember any of it.

Viewers know that Meena Jutla (Paige Sandhu) was the one who murdered Ben after he stumbled upon the truth of her murderous ways.

But Liv had been seen publicly having a go at Ben, and sabotaging his new job as she feared losing Aaron Dingle (Danny Miller).

When Liv hit the bottle and later angrily confronted Ben at the HOP, lashing out at him and ranting about how much she hates him, Ben recorded footage to protect himself and to later show Liv what she is like when she is intoxicated.

Outside the HOP, Lydia Hart (Karen Blick) had been concerned by Liv’s state but Liv shoved her and branded her a bitch.

In tonight’s episode, Lydia broached the altercation and implied she was doubtful that Liv hadn’t killed Ben by mistake.

Liv assured Lydia that she is not capable of such a thing, drunk or not and Lydia later apologised for what she had said.

But when Lydia helped Liv with her washing, she found Ben’s phone in her pocket – and Liv was just as stunned to see it as Lydia.

They played the footage of Ben’s video and Liv realised how bad it looked for her. As Lydia was left with her mind spinning, Liv insisted that Lydia gets rid of the phone.

With Liv terrified of jail time, Lydia faces a dilemma.

As a moral person, will Lydia hand the evidence to the police? Or will she protect Liv and get rid of it?