Marlon (played by Mark Charnock) has always been the more warm-hearted member of Emmerdale’s infamous Dingle clan, but this doesn’t mean the villager is completely innocent. With Graham (Andrew Scarborough) having wormed his way into the Woolpack chef’s life after undertaking a romance with his ex Rhona Goskirk (Zoe Henry), viewers of the ITV soap have seen a more angry character emerge. However, his hatred also lies with Al Chapman (Michael Wildman) for being the catalyst behind his split from wife Jessie Dingle (Sandra Marvin). Therefore, could both plots crossover as the troubled Home Farm henchman makes his deadly exit?

Upcoming scenes will see Marlon learn Rhona is planning to leave the country with their son Leo Goskirk (Harvey Rogerson) and her new beau as they start a life together away from the village.

This will give the Woolpack chef motive to kill Graham, but if he does, it’s likely the father-of-one would struggle with life behind bars.

Wanting to put the blame on someone else’s shoulders, the Dingle family member could use his rivalry with Al to set up the perfect rouse.

Viewers will remember the ruthless businessman kissed his ex-lover Jessie when he arrived last year, leading to the breakdown of her marriage to the beloved character so, could this be used as a reason to frame him for murder? 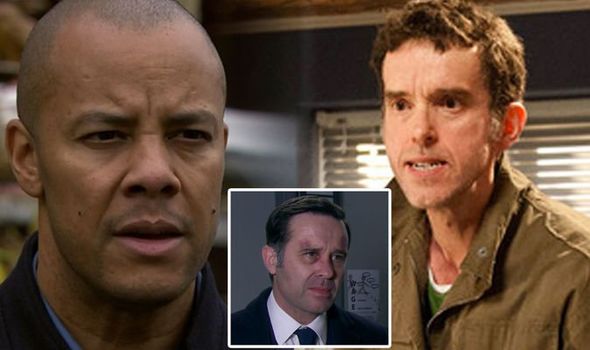 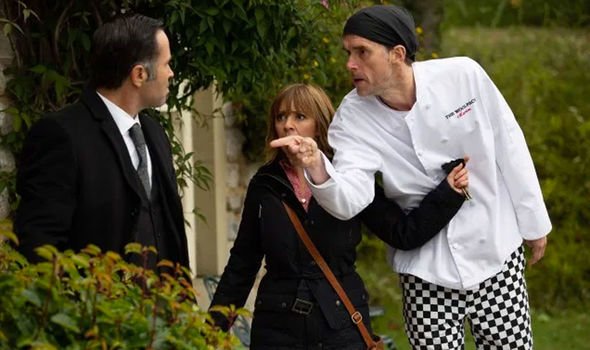 Al will be embroiled in the plot as one of the suspects regardless as Graham’s estranged wife Kim Tate (Claire King) will order him to kill her husband.

It’s yet to be seen if the businessman follows through with the hit but if he doesn’t, could he be found guilty anyway thanks to Marlon?

The chef could see his love rival on the night in question having an argument with the departing character so, could this give him yet more evidence to pin on the innocent suspect?

Speaking to press, including Express.co.uk, actor Mark, 51, talked about the idea his character could be behind a set up. 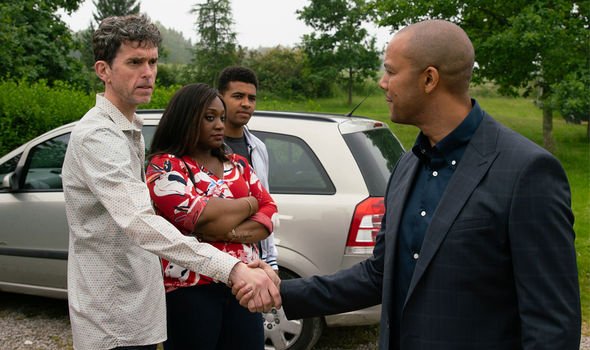 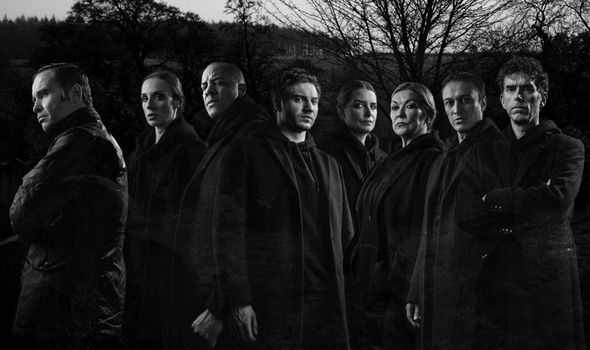 That would be an ideal scenario

Reflecting on Marlon’s divorce from Jessie and the possibility of framing Al, the soap star said: “It hadn’t occurred to me.”

However, he added: “That would be a great way to get his own back.

“That would be an ideal scenario to get rid of two of them in one foul swoop,” so could his innocence to not knowing about the plot twist be a red-herring?

Could the Dingle family member live up to his namesake and finally enact revenge by using his fists for revenge?

Mark also teased the idea his character was venturing to the dark side, explaining: “It feels the show is investigating a different gear to the character which there’s been flashes of down the years.

“That’s my theory that it’s always been in him, but he’s suppressed it.

“He is a Dingle in the end and although he’s often viewed as the softer side of the Dingles, the softest, it’s in there.

“The fighting spirit is in his DNA,” the soap star explained.

Graham will make his deadly exit after two years in the village during a special week of episodes for the soap.

The day of his murder will be played out several times, but from the perspective of each suspect in the running to kill him.

Along with Marlon and Al, characters such as Kim, Charity Dingle (Emma Atkins), Jamie Tate (Andrew Lincoln) and Andrea Tate (Anna Nightingale) will also be gunning to bring the mysterious figure down.

Viewers will have to wait and see who makes the killer blow, but by the end of next week, all will be revealed.