The traumatised chef – played by Isabel Hodgins – is hell bent on getting out of the village and decides to sell Keepers Cottage to fund a new life for her and her unborn baby. 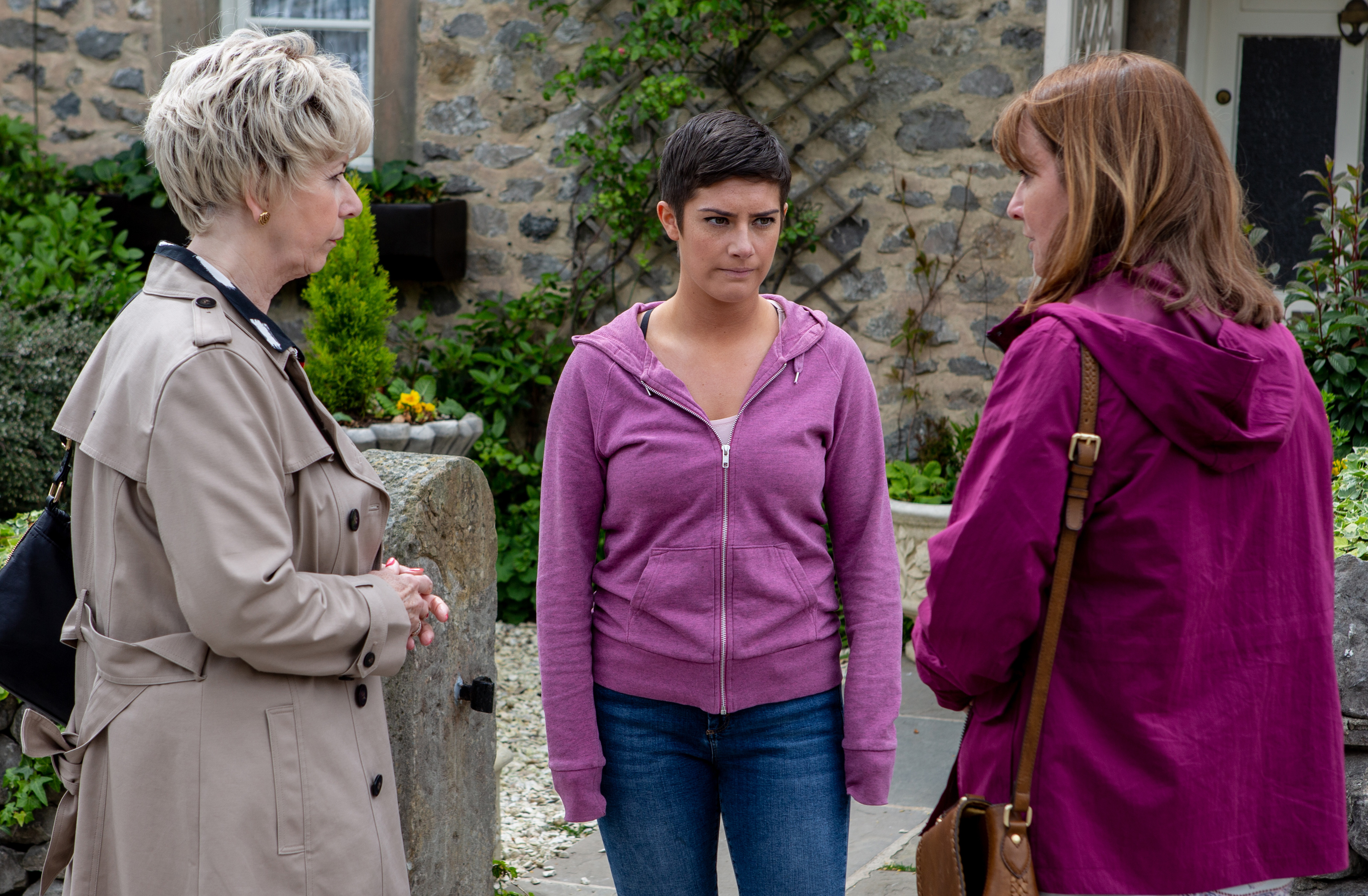 With the help of step-mum Diane Sugden, Victoria gets the cottage ready for an estate agent viewing. But things take a worrying turn when Lee’s mum Wendy arrives.

She drops a huge bombshell, telling Victoria that Lee might even go for custody of the baby himself.

Her visit leaves Victoria feeling even more adamant that she wants to leave and Diane approaches Eric Pollard, asking him if he’ll buy her out of the B&B to help Victoria.

Meanwhile Vic’s brother Robert is frustrated that his sister is so adamant she’s leaving and pays a visit to Lee’s house where he watches him.

Wendy – played by Susan Cookson – will arrive in the village this week and leave Victoria chilled when she confronts her in the Woolpack toilets over her ‘lies’.

She’s furious that Victoria has accused Lee of rape, adamant that her son would never do such a thing.

Later Victoria will be terrified when Wendy and Lee barge their way into Mill Cottage. When she tries to make a run for it up the stairs, she falls, leading Diane to accidentally let slip that she’s pregnant.

The news comes as a shock to Wendy and Lee but Wendy is determined to be a part of the baby’s life – to Victoria’s horror.