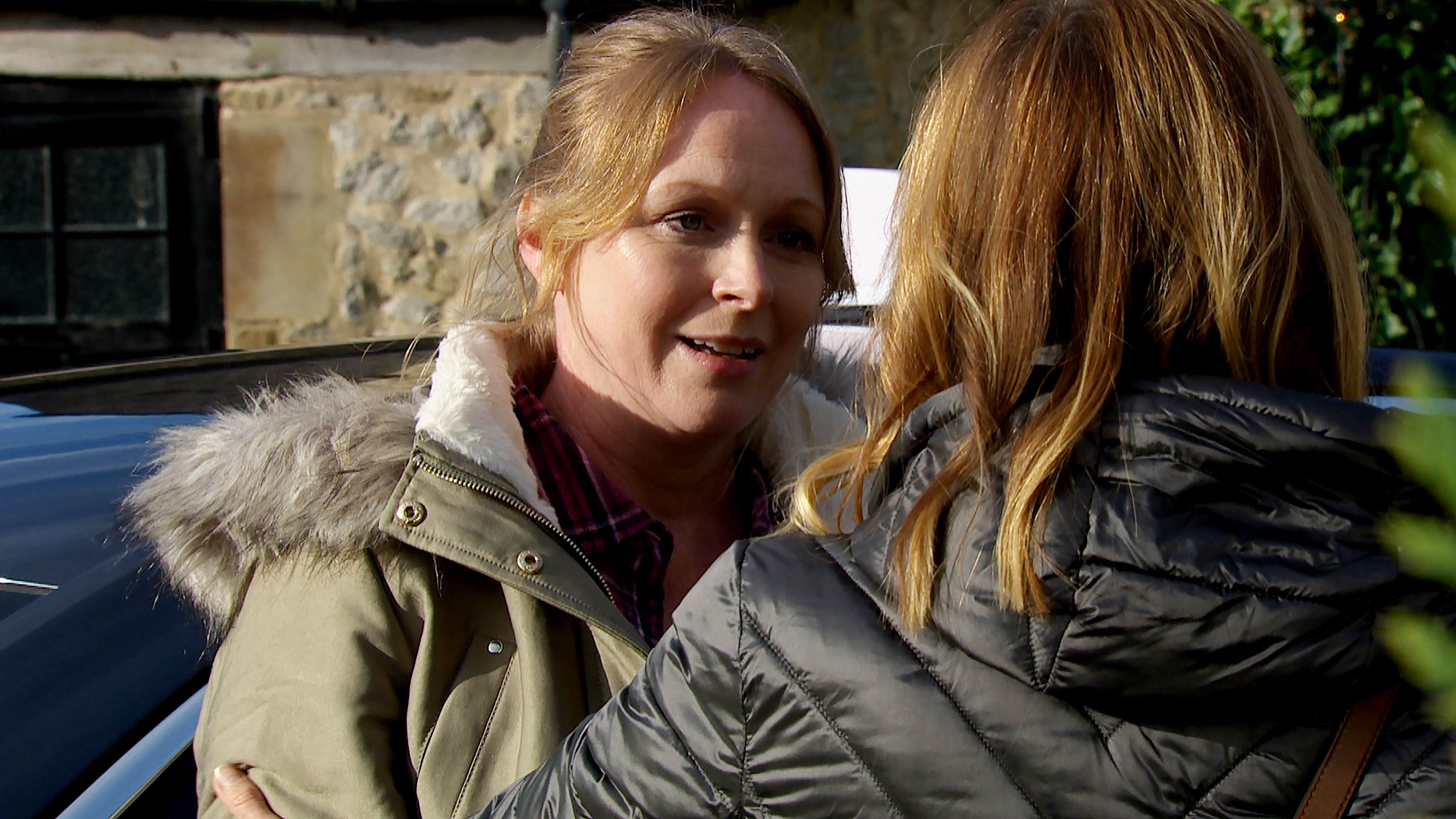 Emmerdale has lost a lot of favourites lately and there’s another one set to hotfoot it from the village. As actress Michelle Hardwick heads off to have baby number two, Vanessa makes a drastic decision about Canada following a fall out with her best pal Rhona.

Their beef begins when Rhona (Zoe Henry) contemplates taking Jamie’s share of the veterinary business but ends up pressured into agreeing to new contractual conditions of Kim (Claire King) receiving 15% off veterinary bills.

Not being Kim’s biggest fan, Vanessa is suitably peeved. In a somewhat overdramatic response, Vanessa reveals that in light of Rhona’s business faux pas, she has made her decision and she’s leaving for Canada to accept a job offer. That’s one way to get Kim Tate out of her life for good.

Her reaction may have been a teeny bit fuelled by booze, which also helps things descend into further chaos when the two women start mudslinging, and things get nasty. Painful pieces from their past get dredged up leaving both wounded by each other’s words.

The next day, Vanessa is left with a stonking hangover and discovers Suzy (Martelle Edinborough) is missing, and the alcohol comedown exacerbates her anxieties.

She goes on the hunt for Suzy and is horrified to find her with Leyla (Roxy Shahidi) awash with cake, tissues and tears. Vanessa’s first thought? She’s using again.

It’s quite a leap and completely the wrong one. Vanessa immediately feels betrayed and lets Suzy know it.

The damage is done when Leyla is easily able to prove she’s wrong, leaving Vanessa ashamed. Between them they realise that their relationship is done.

The locals give Vanessa a classic Emmerdale send off at the pub and it’s an emotional affair.

But no one is expecting to hear that she’s leaving Suzy behind. It all becomes too much and Vanessa breaks down at the realisation she’s leaving her relationship hasn’t lasted.

She packs up the last of her things and heads off in a taxi. Is Vanessa gone for good?