The dynamic Escape to the Chateau couple explained on their website they had taken up another project in the midst of lockdown, which had been to revamp the grounds of the chateau. Part of this included the walled garden, and they filmed some of their planning stages to share with fans. During the film, Dick Strawbridge explained why the gate in particular was “causing problems” for Angel Adoree.

“The door opens, and it looks ugly,” Dick, 62, stated as he showed viewers the garden.

He added: “This gate has caused some problems because Angel wants something that is Chateau-esque here.

Agreeing, Angel began: “I want something that is…” but she was unable to finish her sentence. 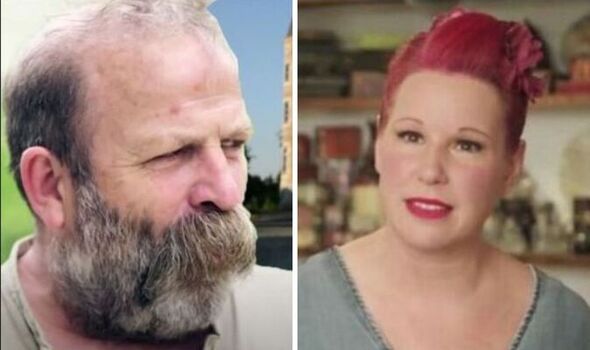 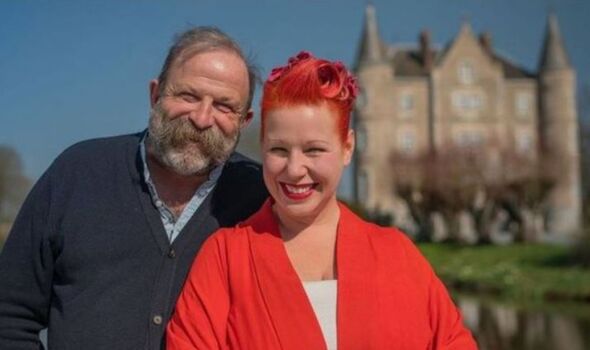 The 44-year-old paused before continuing: “You’re actually waiting to see for the first time what I would actually like.

“That’s where you’re putting me on the spot, I realise that now!”

Dick admitted: “I’ve been waiting for a long time, I have no idea what she wants.”

“I would like it to be secret garden-eqsue,” Angel went on. 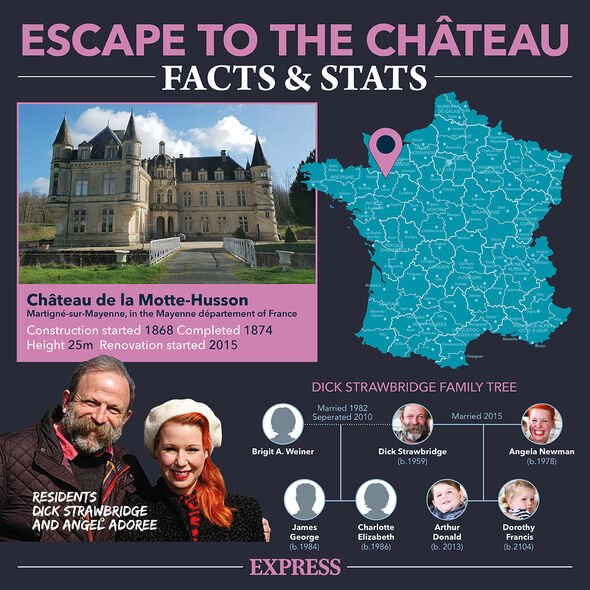 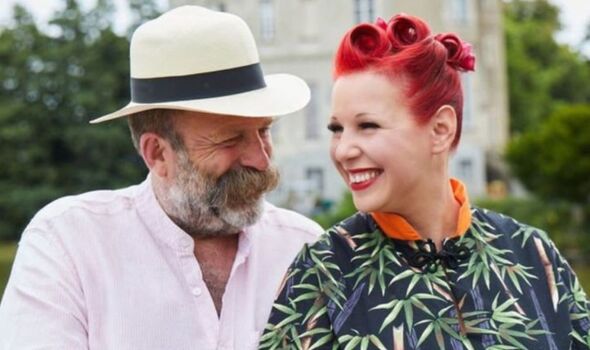 “It’s going to be ornate, see-through, without a doubt.”

Explaining her vision, arty Angel continued: “And unlike the other new gates that we have got in the garden to be rustic, I don’t feel like this [would work].

“Because it’s facing onto the chateau and you can see it as you come in.”

Glaring at her husband as Dick was busy watching what their dog, Petal, was up to, Angel asked: “Are you listening to me?”

“I’m listening, (and) so is Petal,” he claimed as Angel continued.

“But I need time to find it and like everything, we don’t always prioritise things outside, do we?”

“Okay, so the gate’s waiting,” Dick summarised. “About as simple as that. It’s been there for six years and it works alright, doesn’t it?”

He later stated: “Angel is a closet gardener,” explaining how she has taken to “pottering in the garden”.

The couple became well-known when Channel 4 decided to document their momentous journey of leaving the UK to convert a 45-room chateau into a family home and business in Escape to the Chateau.

Viewers have enjoyed watching the two as they revamped and navigated the chateau.

It seems the work isn’t over yet though, with contact renovations needed years after the initial revamp of part of the castle.

Escape to the Chateau is available to watch on All4.