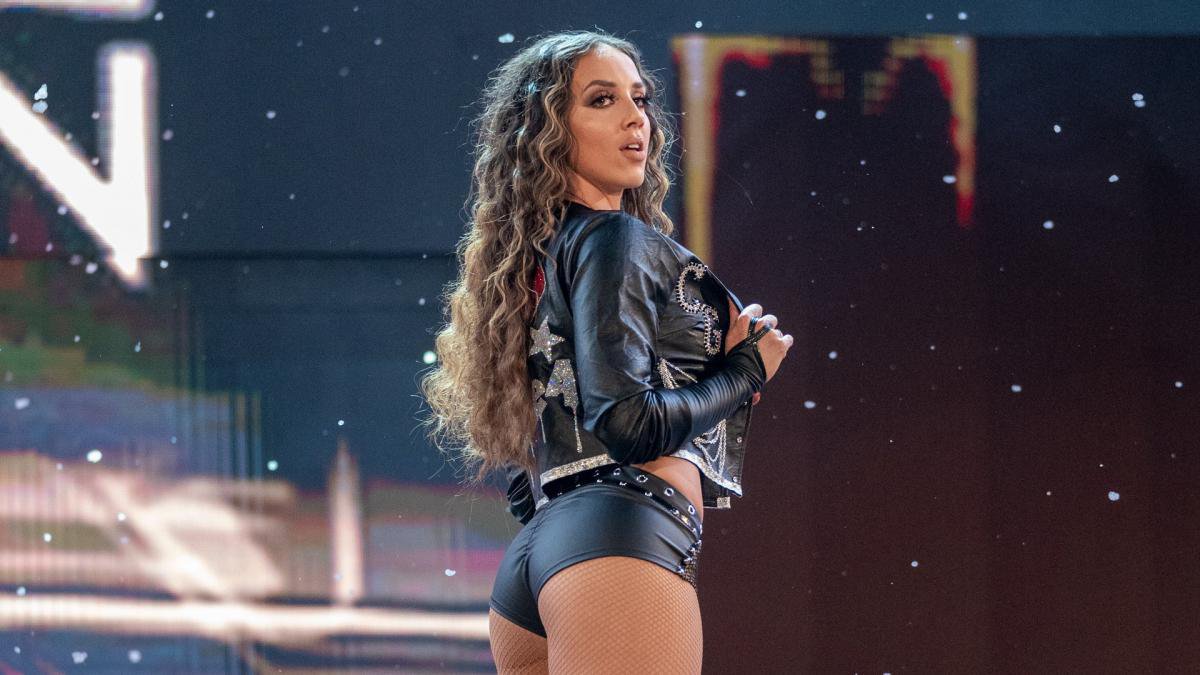 Chelsea Green has revealed she would love to pose for Playboy – and she still has goals to get killed in a horror movie.

The 30-year-old wrestler – who was released by WWE last month along with a number of other high profile superstars – is figuring out the next stage of her career, and she’s excited by the prospect of her newfound freedom.

She exclusively told Metro.co.uk: ‘I have a bucket list of things I wanna do… Definitely I wanna be killed in a horror movie. I’ve always wanted that, I always found it so hilarious where you see the girl running and they always trip and fall, and then they get killed.

‘It’s just how it works! So I wanna be that girl. Right now, I’m trying to work at making contacts in Playboy to hopefully do that.’

Podcasting was another ambition for the Hot Mess – who noted she is open and comfortable with her sexuality – and she’s already ticked that off the list with her weekly 50 Shades of Green show.

‘Of course, podcasting was one of them so I’ve started doing that, and getting into maybe more of the social media influencer side of things as well would be cool,’ she pondered.

‘Matt couldn’t find that moment to do that, because he had so many things on his list that he wanted to accomplish.’

She explained how her partner admitted there’s a chance he wouldn’t have made the decision to leave on his own, but he’s been thriving since the choice was made for him.

‘When one door closes, so many more open. Sometimes you can’t see what those doors are gonna be,’ she smiled.

‘Now I’m just thinking, after watching him succeed for the past year, that really gave me a good idea about what my future could look like if I put that much effort and work into what I have coming next.’

Looking to the future, Chelsea wants to keep wrestling and takes inspiration from AEW star Cody Rhodes’ approach after he left WWE and took the time to tour the world ticking off dream matches in plenty of different promotions.

‘I think that was genius of him, to get himself out there and to wrestle people he would never have been able to wrestle. That’s what I really wanna do,’ she said, while noting that IMPACT, AEW and Ring of Honor are all top of her wish list.

‘I don’t wanna put myself in a box and that’s why I’m trying to do [my podcast]… I’m trying to get this off the ground and show people that I am more than what you see on social media.

‘I hope that people listening to 50 Shades of Green will see all those other sides to me.’

*Listen to Chelsea Green’s stories about life, wrestling and everything in between on the 50 Shades of Green podcast.

Got a story? If you’ve got a celebrity story, video or pictures get in touch with the Metro.co.uk entertainment team by emailing us [email protected], calling 020 3615 2145 or by visiting our Submit Stuff page – we’d love to hear from you.