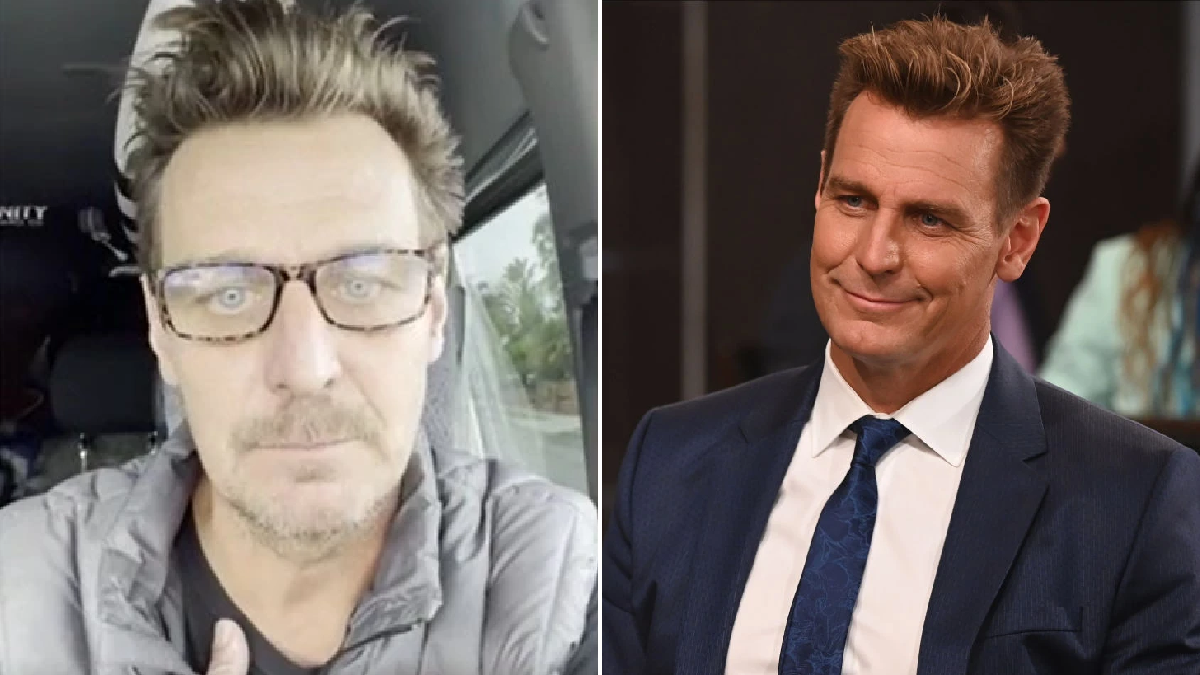 General Hospital’s Ingo Rademacher is no longer part of the series with reports claiming he was let go after not complying with the show’s Covid vaccine mandate.

News of the Jasper ‘Jax’ Jacks star’s departure came one day after his castmates called him out for sharing an anti-trans meme on social media.

After 25 years on the soap, it’s been announced that Rademacher’s last appearance will be in the November 22 episode.

Rademacher has been vocal against compulsory Covid jabs and recently called for a walkout by health and government employees.

Taking to Instagram on Sunday, he posted: ‘I will stand with you to fight for medical freedom.’

He also sparked fierce backlash after misgendering Dr. Rachel Levine, who is the first transgender person to earn four-star rank in the U.S. uniformed services, and newly elected Virginia Lt. Gov. Winsome Sears, who will be the first Black woman to hold the post.

The picture caption read: ‘Hello, and welcome to ClownTown, where the dude on the left is an empowering woman, and the woman on the right is a white supremacist.’

‘I am aware of a transphobic post shared by a fellow General Hospital actor,’ she wrote on Twitter. ‘Shame on you.

‘You have some serious unlearning and education to do. I feel deeply disappointed that such a public display of ignorance could come from our GH family’

She continued: ‘Misgendering trans folks is violence and if you come for one of us, you come for all of us. The cis world doesn’t get to decide which of us is valuable. I am so proud of the fans for always holding us to a high standard, for calling out transphobia and violence.’

He did, however, say that he should have crossed out the word ‘dude’ from the original post.

Rademacher also said he will comment on his General Hospital departure ‘later’ down the line.

‘I will get back in touch with everybody and fill you in on what is happening when I can,’ he added.