Hit BBC sitcom Ghosts will be making a comeback tomorrow (Monday, September 21) with all episodes dropping on iPlayer for those planning to binge the show. Season two will also be airing tomorrow on BBC One at 8.30pm. Express.co.uk has the lowdown on the new series including insight for the cast and crew on filming Ghosts as well as the locations.

Where is Ghosts season 2 set?

Season two will pick up from the last outing with married couple Alison (played by Charlotte Ritchie) and Mike (Kiell Smith-Bynoe) continuing to renovate the mansion they’ve inherited.

The show is once more set in the dilapidated Button Hall mansion which the couple are trying to give a new lease of life through various repairs.

However, the ghostly residents still living there will also have their say about the future of their home.

All of the action will be taking place in the property where the ghosts are trapped for eternity, while the living members of the household are stuck there due to their financial constraints.

Fans can expect more side-splitting stories in the new series of Ghosts as the living and dead residents get to know each other better. 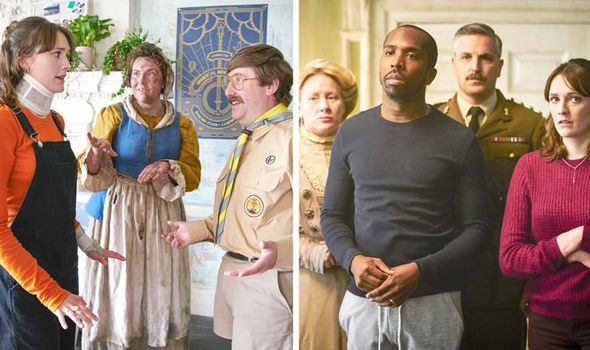 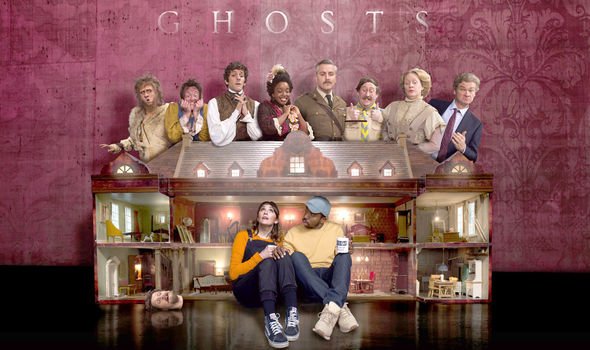 Where is Ghosts season 2 filmed?

Ghosts season two was again filmed on location at West Horsley Place in Surrey with the shoot starting in 2019.

The crew managed to complete the shoot shortly before the coronavirus lockdown came in.

The Grade I listed building dating back to the 15th century is in located to the east of Guilford, Surrey with some further Grade II listed constructions on the sprawling site.

Co-creator and star Mathew Baynton told media including Express.co.uk at a recent Q&A: “It was really lovely. 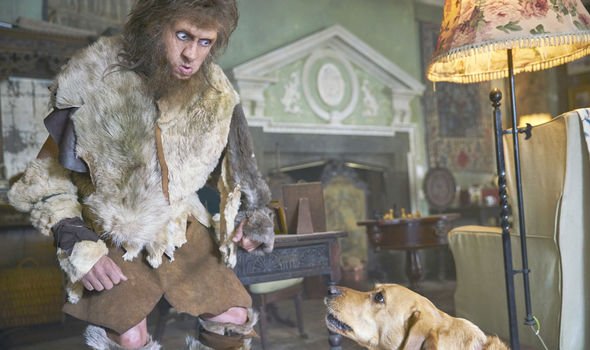 “We’ve done whole shows in windowless studios before – Yonderland was all studio-based – and to go and work everyday, it’s a beautiful house in the countryside in a beautiful area. It’s really a lovely office to go and work in for that time.”

He added: “It’s an incredible place and so much of its history weirdly kind of echoed the backstory we’d given the house as well in the script.”

In fact, the history of the house was incorporated into the show including the story about a decapitated head kept inside a bag.

However, star Martha Howe-Douglas said: “You wouldn’t want to be on your own at night though.”

DON’T MISS…
Ghosts on BBC location: Where is Ghosts filmed? Where is it set? [EXPLAINER]
Ghosts on BBC: When does it start? How many episodes? [ANALYSIS]
Sex Education season 2 spoilers: Will Mr Hendricks return? [INTERVIEW] 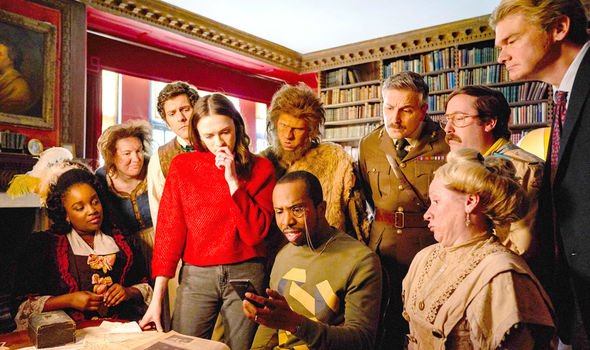 Baynton went on to say about how close the end of the shoot was to lockdown.

“The lockdown was announced on the Friday for the following Monday, so we wrapped up on Wednesday.”

He said with lockdown impending, a day was cut from the filming schedule and there were some re-writes and essentially the team “squeezed two days into one”.

Additionally, when filming the last episode – which ironically looked at the plague – the crew had to send home the supporting artists over health and safety concerns created by the COVID-19 pandemic.

The crew admitted if they had started filming season two any later, the episodes wouldn’t have been completed.

Along with series two, there will also be a Christmas special which will be airing during the festive period.

Again, this episode was shot at the same time as season two and prior to the coronavirus restrictions, which means the Christmas instalment will be filled with many characters in close proximity.

Season three has also been given the green light by the BBC, so there’s plenty on the cards in the future from Ghosts.

Ghosts season 2 will be released on BBC iPlayer tomorrow and air on BBC One weekly on Mondays at 8.30pm