As Alex told viewers at home about the forthcoming weather, he suddenly stop and said: “I’ve just realised I’ve got that completely wrong. I don’t know why I just said that.”

He then burst into laughter, and turned to Ben and Kate, who seemed baffled by his outburst.

They asked: “What did you do…what?”

Fans took to social media to share their concern for Alex, as one wrote: “That Alex the weatherman is so fake and that was so awkward.”

Another added: “Is Alex okay?”

A third chipped in: “I think the weather guy might be drunk.” 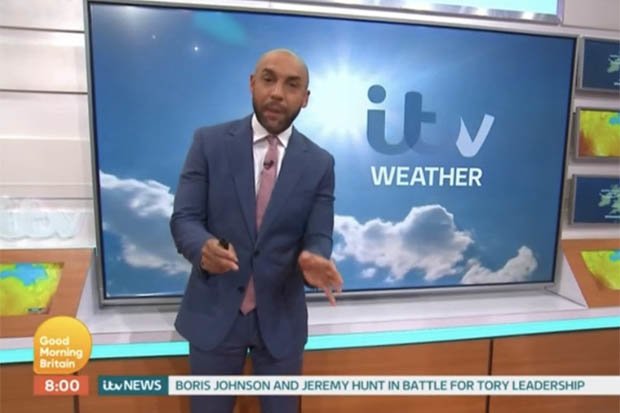 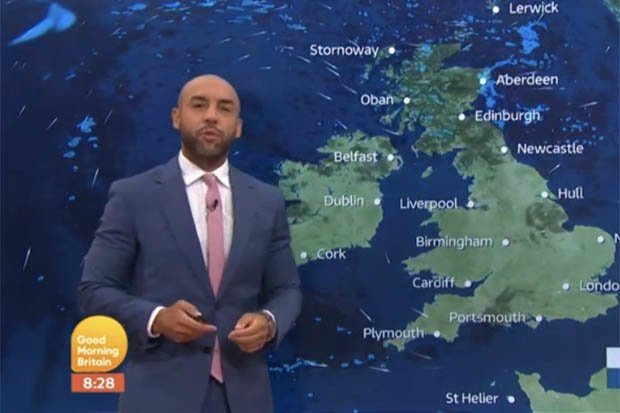 A fourth wrote: “Fake laughter from Alex the weather guy!”

Alex then restarted his segment and quickly moved on with the weather, but the moment was certainly noticed.

Meanwhile, Kate wowed in a red-hot ensemble as she presented the show today. 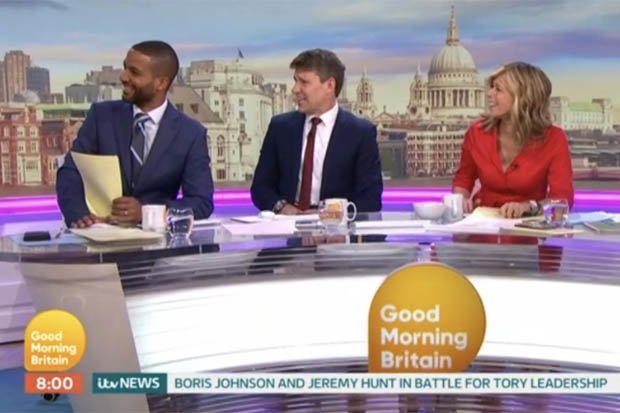 The bombshell, 51, showcased her curves in the long-sleeved ensemble, which featured a wraparound design and a cinched-in waist.

Not only that, Kate showed off a brand new hairstyle, wearing her blonde locks in glamorous waves.

GMB continues on Monday at 6am on ITV.