GOOD Morning Britain's Adil Ray became embroiled in a furious clash with a coronavirus anti-vaxxer, who claimed that getting the vaccine is "psychotic" and "middle class".

Dominique Samuels was on the breakfast show to debate TV host Nick Hewer – and host Adil was stunned by some of the bizarre comments that she made. 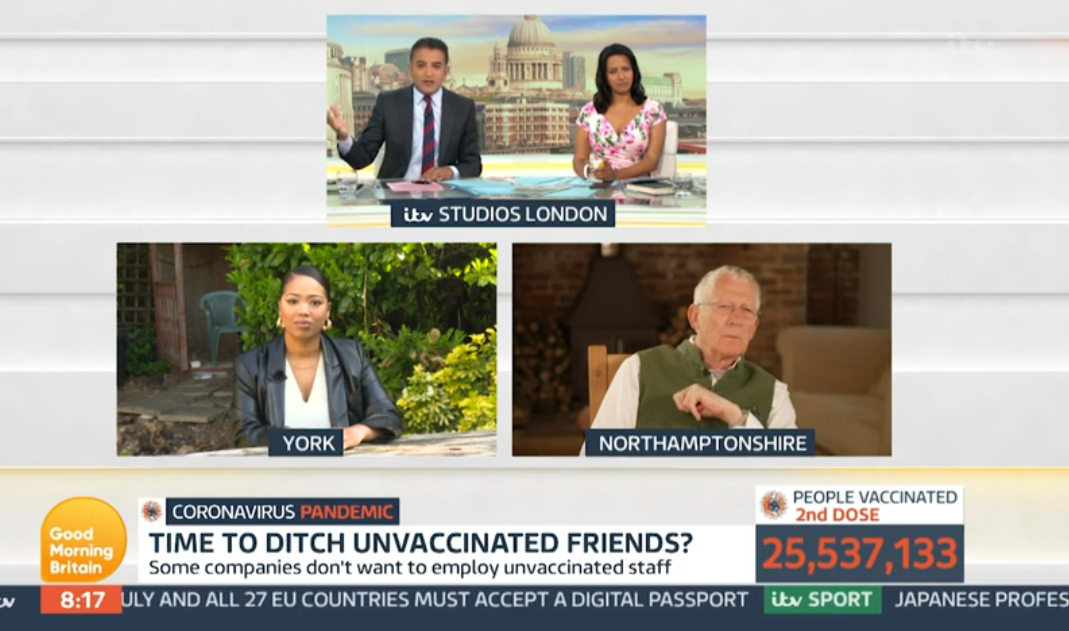 The UK's world-beating Covid vaccine programme has now reached those in their 30s, with everybody who is high risk now fully vaccinated from the deadly illness.

The breakfast show was debating whether it was right to stop being friends with somebody who refused to have the life-saving jab.

Nick, 77, reflected on his concerns about having an unvaccinated friend over to his house, adding: "We've got to be responsible, there's a war on here."

But 22-year-old student Dominique refuted his comments – bizarrely claiming that they were "middle class", before calling Adil "psychotic" for backing the vaccine. 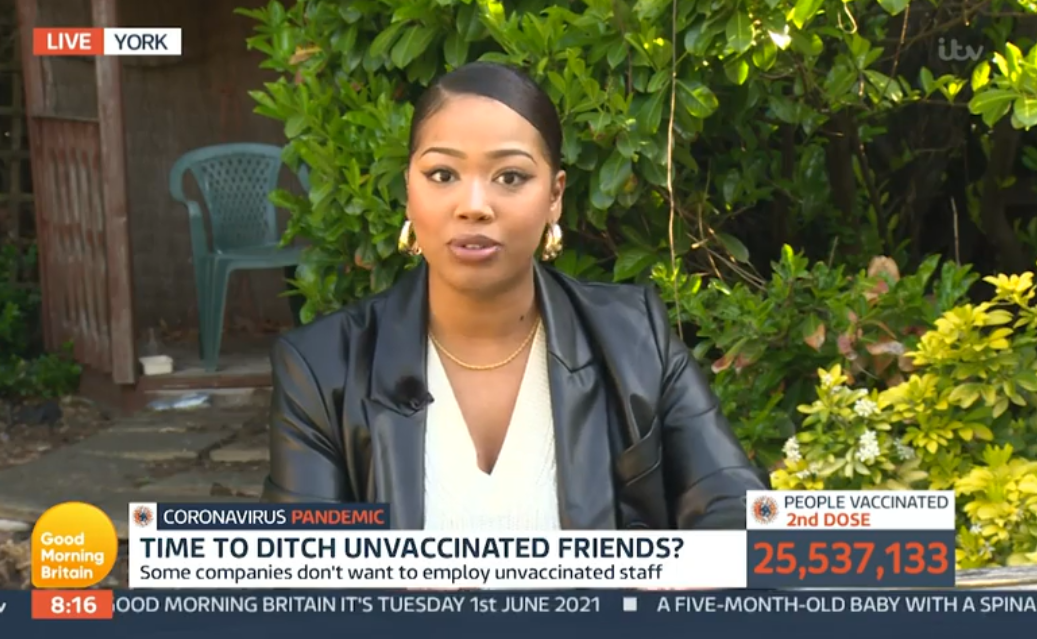 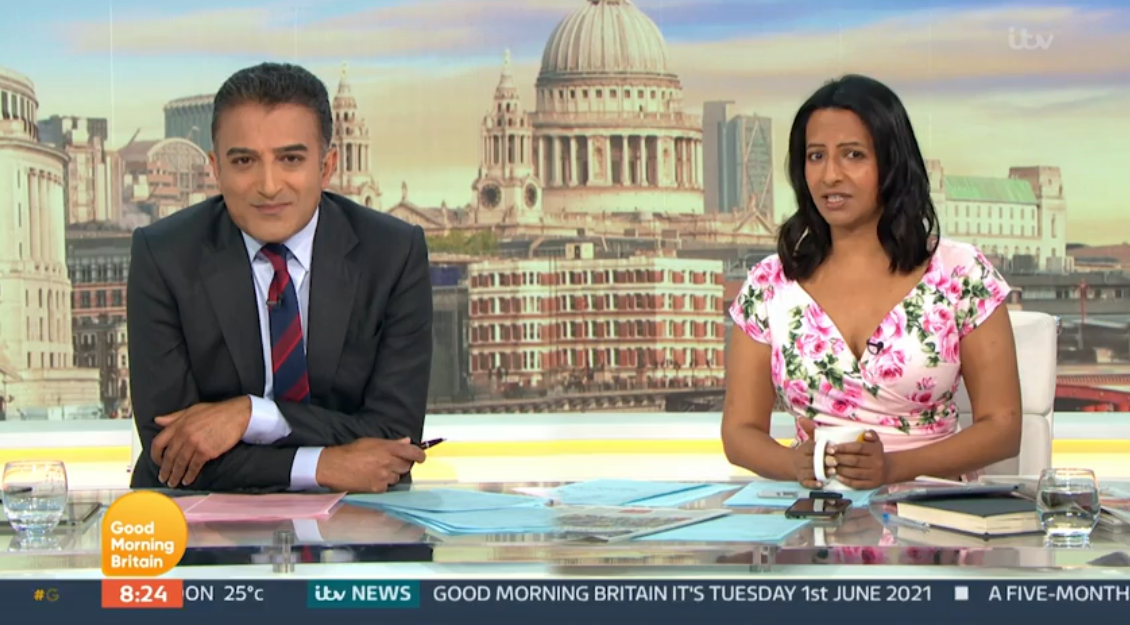 She ranted: "I just think it quite frankly reeks of middle class snobbery: 'I'm having a dinner party but shan't invite the unvaccinated'.

"I think most people will be more worried about clawing their businesses and mental health back from the depths of hell."

Nick could be seen shaking his head as Adil argued: "Dominique, it doesn't seem to be a middle class thing – this virus doesn't discriminate.

"You have a responsibility, don't you? To be quite open and honest in these situations."

The guest hit back: "I think you just don't need to be psychotic and try to control people's life choices…"

Call to arms – how MPs, celebs and big businesses backed our campaign

A HOST of celebs and politicians threw their weight behind Jabs Army as they praised kind-hearted Sun readers who signed up.

Their calls were led by Boris Johnson, who begged for volunteers to help 'return the country to normal life'.

The PM wrote personally to our readers, saying: "The Sun’s Jabs Army campaign is a brilliant example of the power of collective action.

"It has already inspired companies and workplaces up and down the country to join the call to arms.

"So today, I call on everyone who has the time to join the legions of volunteers already signed up and to boost volunteer numbers further still."

Jeremy Clarkson urged Brits to get off the sofa and sign up to beat the lockdown blues.

He said: “Everyone is saying how bored they are. They’ve watched Netflix, gone through everything on the internet, read Google.

“Well let’s not be bored — let’s get off our bottoms and volunteer.”

His call was backed by a string of other celebs – including the Duchess of York Sarah Ferguson, who hailed our campaign as “fantastic”.

Health Secretary Matt Hancock saluted Jabs Army as he addressed the nation in a No10 press briefing.

He said: "Come and be a part of it. The Sun’s Jabs Army is marching and helping the nation.”

While celebrities like Bear Grylls, Gordon Ramsay and Bake Off's Matt Lucas have also thrown their support behind the campaign.

Adil interjected: "You can't be extreme; nothing I have said there is psychotic – what is psychotic about caring for people around you? How does that make me psychotic?"

But Dominique refused to back down, claiming: "It's not caring, it's malevolent; it's psychotic and controlling."

The pair continued to argue in the fiery clash, with Adil going on to remark: "Isn't one thing we've learned in this pandemic to be more compassionate for each other?"

Interestingly, Dominique refused to confirm or deny whether she planned to get vaccinated herself.