The Handmaid’s Tale season four has been greenlit by Hulu and is expected to land in 2021 on the streaming platform. So while fans wait for new episodes of the dystopian drama, Express.co.uk has rounded up some other shows fans might enjoy to binge-watch.

Where to watch: Netflix

Canadian mini-series Alias Grace is an adaptation of another of Margaret Atwood’s novels.

The series follows a poor Irish immigrant named Grace Marks (Sarah Gadon) who is accused and convicted of murder.

Set in the 1840s, the show covers a number of similar themes to The Handmaid’s Tale and has a stellar cast including Anna Paquin and Zachary Levi.

However, unlike the series, the show is actually based on a number of real-life murders. 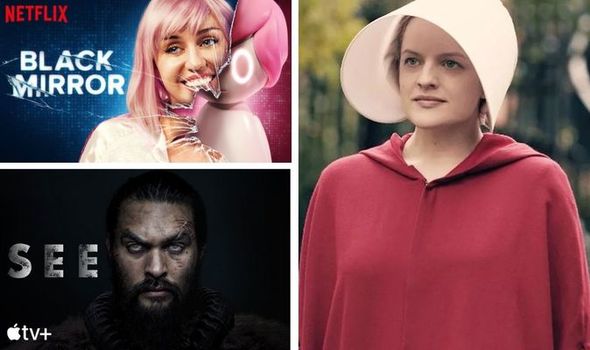 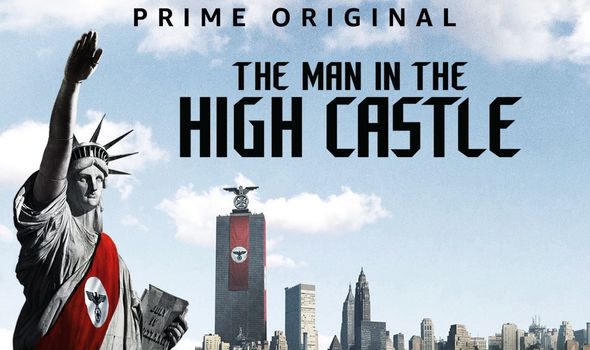 Where to watch: Apple TV+

Apple TV+ series See is set in a dystopian future, just as The Handmaid’s Tale is.

However, instead of being taken over by a religious sect, humanity must instead deal with their loss of the sense of sight.

The show was written by Peaky Blinders creator Steven Knight and stars Jason Momoa and Alfre Woodard in the lead roles.

Season one is available to watch now and the second outing has since been commissioned. 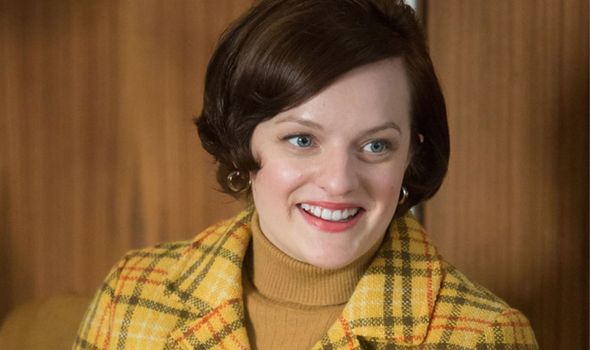 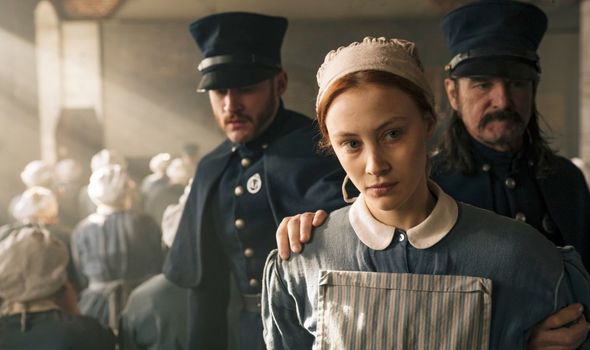 Where to watch: Amazon Prime Video

On the surface, Mad Men has very little in common with The Handmaid’s Tale aside from being another hugely popular series.

However, fans of Elisabeth Moss are sure to enjoy the hit show which takes place in an advertising agency in the 1960s.

Moss plays Peggy Olson who starts as a secretary in the series before working her way up the chain.

For those interested, there are seven seasons and 92 episodes of the AMC show for fans to enjoy.

Where to watch: Netflix

The dystopian future which The Handmaid’s Tale imagines in its popular adaptation is something Black Mirror also does exceedingly well.

The anthology series was created by Charlie Brooker and each episode imagines another way our future could be changed by technology.

Black Mirror has run for five seasons so far, exploring everything from how social media could take over our lives to the potential of resurrection.

Over its time, it has also featured a number of major stars including Miley Cyrus, Andrew Scott and Hayley Atwell.

The Man in the High Castle

Where to watch: Amazon Prime Video

The idea behind The Man in the High Castle imagines an alternate universe where the Axis powers won World War II.

Set against a backdrop of fascism and a controlling society, fans of The Handmaid’s Tale would be able to draw a number of parallels.

The show is also based on another classic book of the same name written by Phillip K Dick.

Starring Alexa Davalos and Rufus Sewell, there are four seasons in total for fans to binge.

The Handmaid’s Tale returns to Hulu in 2021.