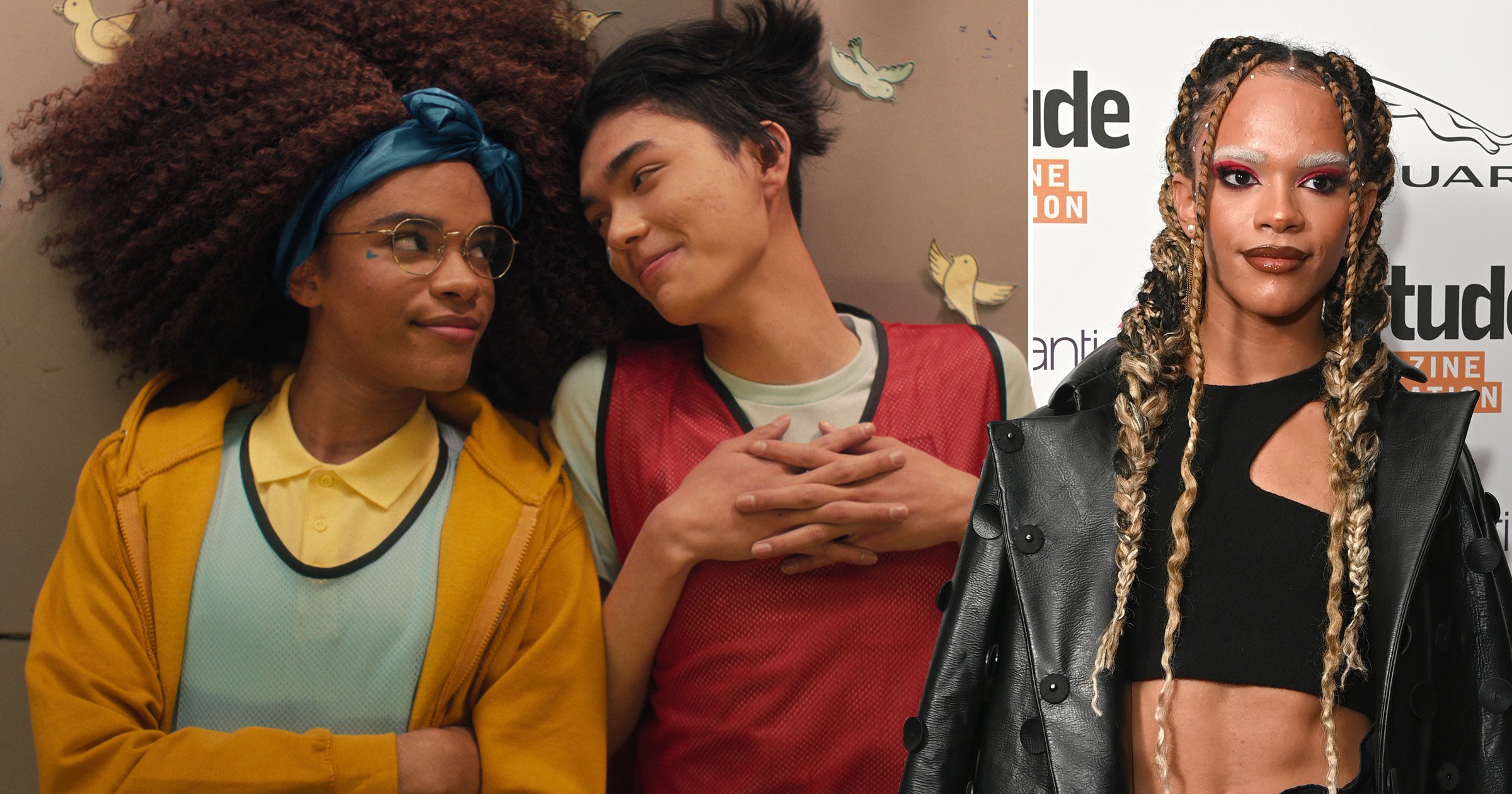 ‘I wanted her to be a trans character but I didn’t want her story to revolve around her being trans,’ says Alice Oseman, talking about Elle, one of the many wonders found in the writer’s queer teen drama Heartstopper on Netflix.

Heartstopper has already amassed a gigantic legion of devoted fans totally enamoured with the graphic novels that follow two LGBTQ+ school boys, Nick and Charlie, who fall in love and support each other through their respective journeys of self-discovery.

They’re joined by a group of friends packed with gems from the LGBTQ+ community, including trans teenager Elle, played by trans actress Yasmin Finney.

Elle has moved from a boys school to the neighbouring girl’s secondary and is a rock among her friends, easily the wisest and possibly the warmest character in Heartstopper who embarks on her own romance with cis male Tao.

Her existence in a teen drama, or any drama, is truly a special moment to watch. Finally, a character who represents the joy of trans rather than the trauma, which was so important for Alice when creating Elle.

‘Her journey is about finding friendships and fitting into a new school and developing feelings for one of her best friends, and those are just normal teenage things,’ Alice told us.

‘It’s important to show trans kids are also going through these common teen situations and stories.’

But casting Elle proved to be once of the biggest challenges Alice and producer Patrick Walters, who both insisted she could only be played authentically by a black trans actress.

‘It was really scary,’ said Alice.

Patrick elaborated: ‘Before we met Yasmin we were worried we wouldn’t find the right person to play that part.

‘There was a lot of pressure and we felt we couldn’t make the show without finding the right person who can transport you into this storyline.

‘As soon as we met Yasmin we thought this person was so brilliant, they had such humour, charisma and loveliness about them. We Zoomed her just before we went into the rehearsal period and she was such a lovely person we never had to worry again. She’s wonderful.’

Before being cast as Elle, Yasmin was already a huge force for the trans community, sharing her journey on TikTok and picking up a huge following which is only going to grow following the release of Heartstopper.

‘I truly am just so blessed to be chosen to be Elle and it really, really, really is such a rare story that we get a trans character that doesn’t delve into like gender dysphoria or depression or bullying, but just the positive – the friendship, the chosen family, they’re moving from a boy school to a girl school, just everything that is just natural about being trans,’ she enthused.

‘It’s just highlighted, and I’m just so happy to be that positive representation that we have needed for so many years.

‘She’s just allowed to love herself with no society telling her what to do, and how to act and to look and who to love and how to be. She’s just her.

‘That’s what’s so beautiful about the trans story that we have in our stopper.’

Heartstopper is available to stream on Netflix.