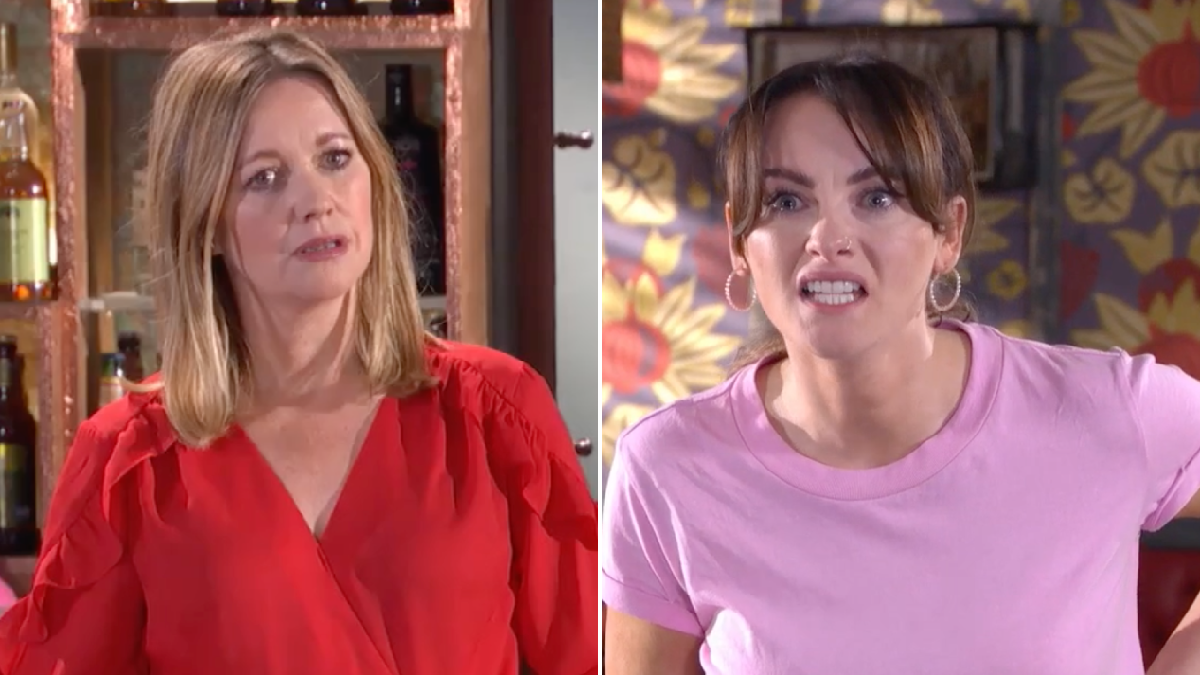 Diane Hutchinson (Alex Fletcher) made a huge decision to put her mental health first in Hollyoaks, and thus she cut Becky Quentin (Katie McGlynn) out of her life.

The stalwart had actually decided to do so during Monday’s (November 15) offering of the Channel 4 soap, but was unable to follow through in the wake of Becky discovering baby Henry has meningitis.

Tony (Nick Pickard) encouraged her to cut ties with Becky, but Diane was certain that she could get through to the newcomer, desperate to make her see that the doctors only want what’s best for her baby.

Becky, however, was soon reading all sorts online, claiming that the doctors couldn’t be trusted, and thus she decided she was going to have her son removed from the hospital.

But she returned to The Dog in tears, telling Diane that Henry’s hearing loss is thought to be permanent, and as a result she’s suing the hospital for ‘negligence’.

It was at that point that Diane decided enough was enough.

‘You know if you’d taken him to the hospital when we first told you about all the symptoms,’ she said, ‘or even if you’d have had him vaccinated, instead of thinking that you knew better than the actual doctors, then it might not have got so serious.

‘I have had enough of you! I have put up with your nonsense for way too long now. And do you know what? I can’t be around it anymore.

‘You’re a bad influence on me. And my mental health.’

She added: ‘I want you out! This friendship is over!’

Becky was rendered speechless, realising that she has no friends left.

Will she come to realise that Diane is right and that the doctors are only trying to do what’s best for her child?