Even for a Sopranos character, Bobby Baccalieri (Steve Schirripa) took a lot of abuse. When viewers first encounter him, Bobby is getting briefed on the new arrangement now that Uncle Junior (Dominic Chianese) has landed in jail.

After Tony Soprano (James Gandolfini) dictates his harsh, “subsistence-level” terms, “Baccala” drops a classic quote to the gang in the back of Satriale’s. “To the victor belongs the spoils,” Bobby says. That doesn’t go over well at all.

As time passes, viewers see Bobby lose his father and his beloved wife, Karen. And he endures more abuse from Tony and others on the show. When he marries Tony’s sister, his life actually gets worse. But while you feel for Baccala as a character, you love Schirripa’s comedic performance.

In “Pine Barrens” from Season Three, Bobby gets one of his best moments. Enlisted by Tony to track down Paulie and Christopher in South Jersey, Bobby turns up in full hunting gear — to Tony’s great amusement. However, Schirripa needed a prop to make Gandolfini laugh hysterically on camera. 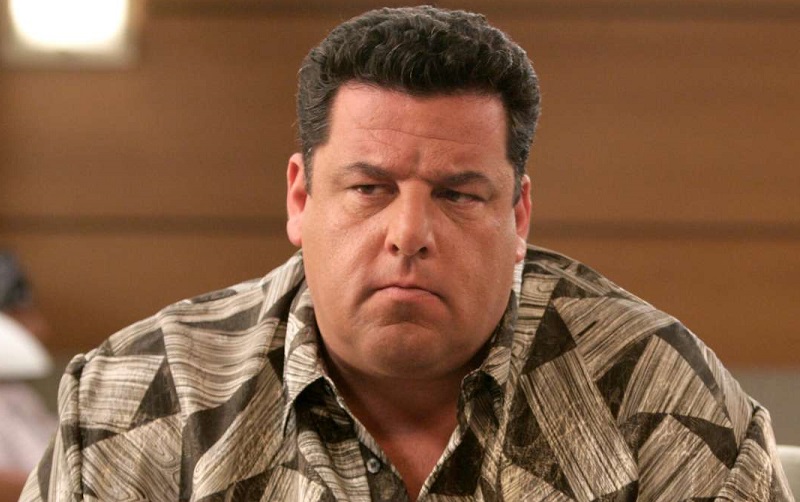 While viewers are wont to die laughing at the sight of Bobby in his camouflage gear and safety-orange vest, Gandolfini had already seen it. For the Sopranos star, he knew he needed something extra to get him to laugh hysterically on film. So he challenged Schirripa to use his imagination.

On set the following day, Schirripa didn’t disappoint. In James Gandolfini: Tribute to a Friend, he explained how he enlisted the prop department to help him out. Knowing he had to swing for the fences, Schirripa brought a NSFW suggestion to the Sopranos prop guy.

Moments like that one made the Sopranos set a great place for the close-knit cast to work. “That was a funny scene,” Schirripa recalled. “We had a lot of laughs that day.” 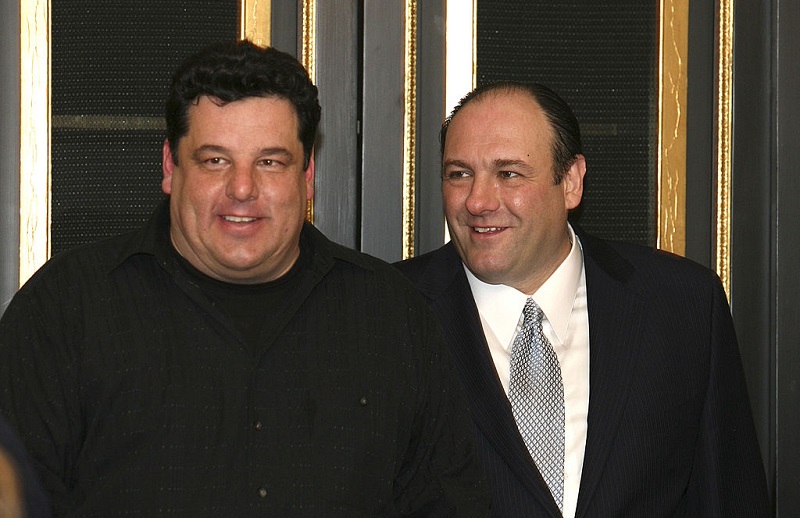 While Schirripa went over the top to get Gandolfini to laugh in “Pine Barrens,” the Sopranos lead didn’t need any help for scenes when Junior is wearing a CPAP mask for his sleep apnea.

In The Sopranos Sessions (2019), producer Terence Winter described Gandolfini breaking down laughing over and over as he looked at Chianese in the mask and tried to deliver his line. (“How many MiGs you shoot down last week?” Tony says to Junior in the episode.)

“It was the night before Thanksgiving, and all Jim had to do was come in an say the line,” Winter recalled. “But, like 18 times in a row, he broke down.” In the end, they actually had to separate him from Chianese to get a complete take and wrap for the night.

“Once you got Jim laughing, he really couldn’t recover,” Winter said.

Also see: ‘The Sopranos’: Why We Never Saw the Russian From ‘Pine Barrens’ Again