The 2021 NFL season starts on Sept. 9, with Super Bowl LV champions Tampa Bay Buccaneers and the Dallas Cowboys coming head to head. With that first big game less than a month away now, it’s a great time to figure out how you’ll be cheering on your favorite team.

Whether you’re mainly in it for the game day food and camaraderie, simply adore keeping up with Tom Brady and Rob Gronkowski’s unrivaled bromance, or are genuinely a gigantic football fan, snacks and friendship aside, it’s high time you sort out which streaming service you’ll be using this NFL season.

From Hulu to Amazon Prime Video to watching directly on the NFL app, there are plenty of ways to watch that will ensure your kickoff party (whether it be a party of one or many) is a total touchdown.

Here’s how to watch this upcoming season of NFL Football. 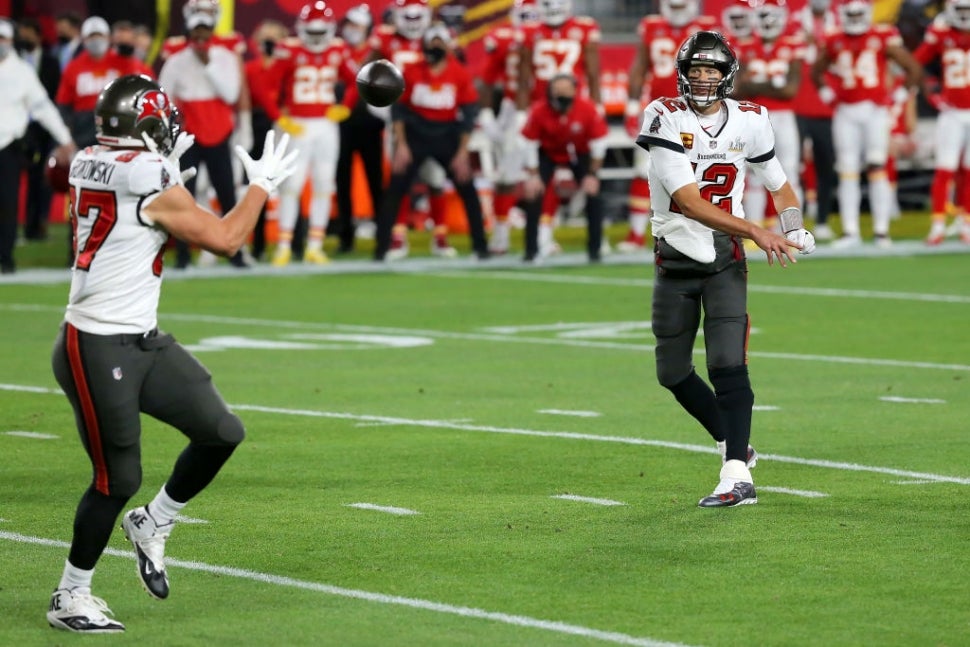 Looking to kick off football season a little early? Subscribers can catch the replay of all NFL RedZone programming from the 2020 NFL season from Aug. 23 through Sep. 8 in anticipation of the 2021 season.

A premium Paramount+ subscription includes the live feed of your local CBS affiliate station, so you can catch every Sunday afternoon game.

ET and Paramount+ are both subsidiaries of ViacomCBS.

Thursday Night Football is now available to all Amazon Prime Video subscribers, and starting in 2022, it will be the exclusive streaming home of the NFL Thursday night games.

Catch an NFL livestream of local and primetime games, as well as highlights and breaking news on your phone for free with the NFL app.