BBC Breakfast presenter Naga Munchetty was thrilled for the Lionesses’ Euro success as fans eagerly await the women’s England team taking on Germany this weekend. However, as she spoke to former player Alex Scott, she revealed there was one thing she was praying wasn’t going to happen on Sunday evening.

Naga pleaded with the Lionesses not to take the final to extra time in their high-stakes match on Sunday.

The Women’s Euro final is expected to be one of the biggest sporting events of the year, with millions of viewers set to tune in.

However, Naga told Alex she won’t be happy if the score after 90 minutes takes the match into a tension-filled half hour of extra time.

When Alex made her 2-1 prediction, Naga replied: “No extra time!” 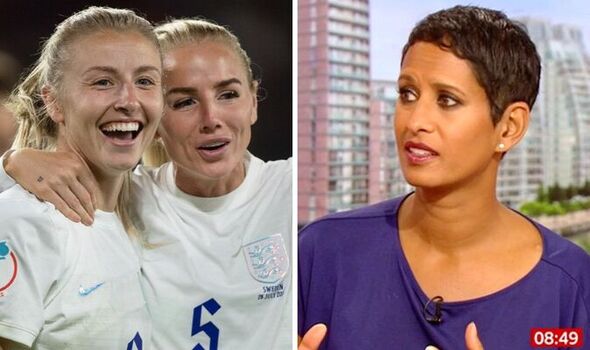 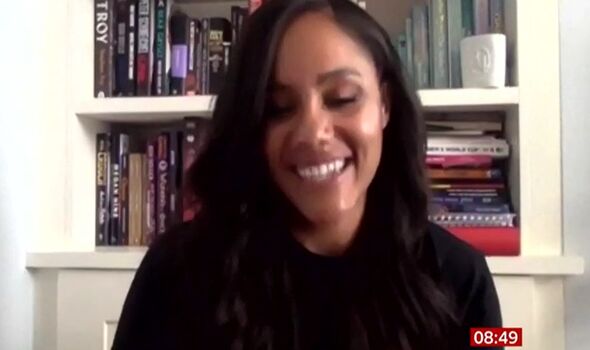 “Can you just say there’s not going to be any extra time? I can’t bear it.”

Alex definitely shared Naga’s fears, replying: “I don’t think we can take the emotion, the drama.”

“I can’t bear it,” Naga reiterated, looking stricken as the final match of the competition looms.

The former Lioness reassured her: “We want it done in 90 minutes!” 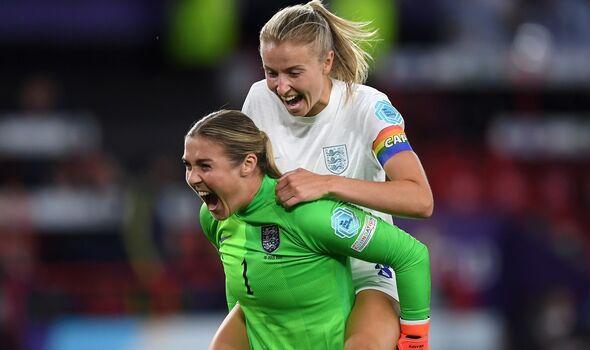 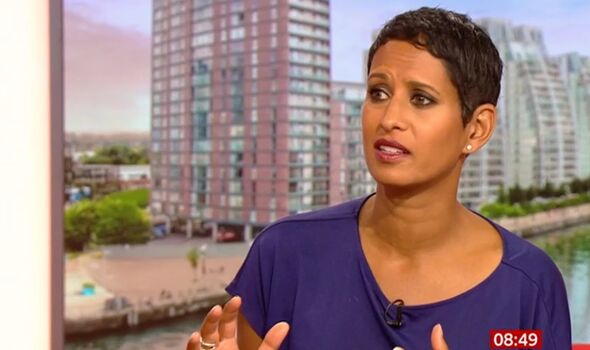 Thankfully, the current team is looking strong after their 4-0 victory against Sweden on Tuesday.

Captained by Leah Williamson, the current squad is one of the most successful women’s teams England has ever seen.

Their recent victories have spurned more interest in women’s sports and inspired many more young girls across the UK to take up football and other activities.

Alex, who played with the team in their last Euro final in 2009, also strongly believed the Lionesses have an even greater chance to take the trophy this time round.

“Ultimately, the confidence that this England team has shown; it’s about them, and their strength,” she explained.

“They won’t go into that game fearing Germany, like we did back in 2009.

“We played them in the final, and they beat us. World’s apart, they beat us 6-2. This England side is different.”

Naga interjected to clarify: “You didn’t go in scared, though, did you?”

“We didn’t go in scared,” Alex agreed. “But we knew… we were still part-time.”

Now the team has devoted more time to training, Alex believes England’s women have a much greater chance of scoring against Germany in their rematch on Sunday.

“Germany were fully professional so we knew there was a gulf between us,” Alex added. “That was the mindset.

“This England team believe they can go and beat that German team. 100 percent.”

Whether or not Alex’s prediction of a 2-1 result comes true, hopefully England come out on top before heading into Naga’s dreaded extra time.

BBC Breakfast airs weekdays from 6am on BBC One.