Good Morning Britain presenter Kate Garraway certainly doesn’t seem too impressed with tonight’s Bushtucker Trial, Bugged Out, as she takes part alongside Caitlyn Jenner. I’m A Celebrity… Get Me Out Of Here! viewers will be left squirming as they watch the pair held in boxes in the sky as bugs surround them.

The first I’m A Celebrity 2019 Bushtucker Trial will see Kate and Caitlyn lifted high above the jungle canopy.

They’ll be put inside two clear boxes with a number of coloured balls, which they must throw into a moving basket below.

As they attempt to win as many stars as possible for the camp living in luxury, their boxes will be filled with bugs.

While Caitlyn seems to be confident with the challenge, Kate is a little less comfortable. 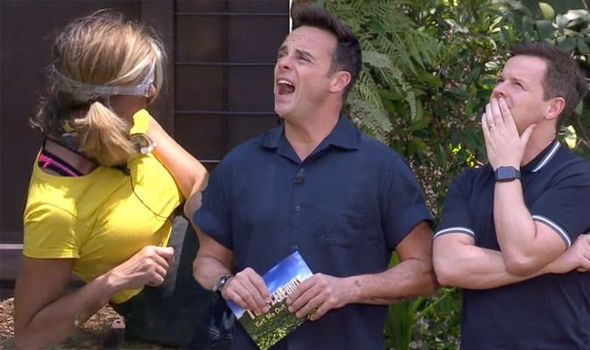 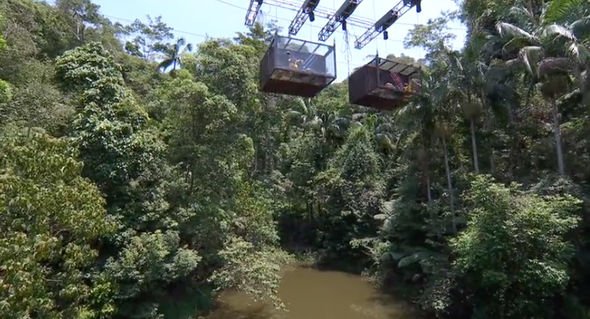 In a first-look clip from tonight’s show, Kate can be seen screaming as bugs are thrown into her box.

She can be seen shaking the insects from her hair as the cockroaches make themselves at home.

Meanwhile, Caitlyn is incredibly calm as she carefully takes aim at the moving basket below.

Hosts Ant McPartlin and Dec Donnelly are impressed by her as she seems intent on completion the task. 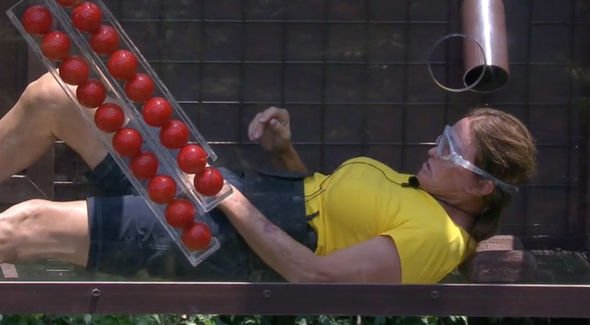 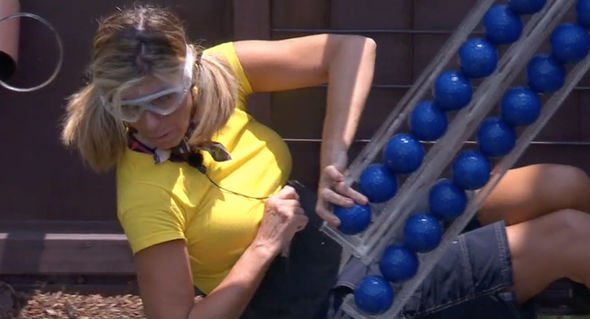 Unfortunately, Caitlyn misses the basket and it’s up to Kate to try and win a star.

However, Kate appears more preoccupied in getting the cockroaches off her.

After some encouragement from Ant and Dec she eventually takes a ball and throws it out of the box.

Unfortunately, she also misses the basket below and the pair are left despairing.

It remains to be seen if Kate and Caitlyn win any stars for the camps and viewers will just have to tune in later to find out.

Last night, Ant and Dec revealed the camp mates weren’t too happy about the tasks they had to complete before entering the jungle.

Nadine Coyle and Caitlyn jumped out of helicopters while Ian Wright and Jacqueline Jossa were seen walking along a very shaky platform suspended from an incredibly tall building.

Ant revealed there was a lot of swearing when he revealed to some camp mates they’d have to jump off a boat and swim to shore.

“Nobody liked the news,” he said on Extra Camp. “There were quite a few swear words.

“I just gave the news and walked off. There was quite a lot of bitching, believe me!

“But to be fair, they eventually just got in and got on with it.”

I’m A Celebrity… Get Me Out Of Here! airs tonight on ITV at 9pm.