With the summer months fast approaching and uncertainty continuing to linger over whether Brits can jet abroad for their holidays this year, This Morning’s Ruth Langsford and Eamonn Holmes were joined by travel expert Simon Calder to go through the options available. However, weighing in with his own thoughts about the current restrictions and plans, it’s safe to say Eamonn didn’t exactly mince his words as he admitted he was “fed up” with the mixed messages.

“Quite frankly, it’s getting boring,” Eamonn snapped down the camera before introducing Simon to the show.

“Somebody make a decision somewhere,” his rant continued as he turned his attention to Boris Johnson specifically.

Eamonn descended into an impression of the Conservative Party leader as he said: “The Prime Minister is apparently going to unveil a ‘traffic light system’.”

He continued: “So that our travel can be the best possible in the world today.” 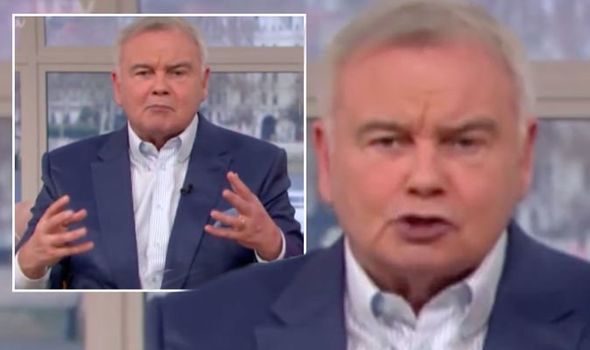 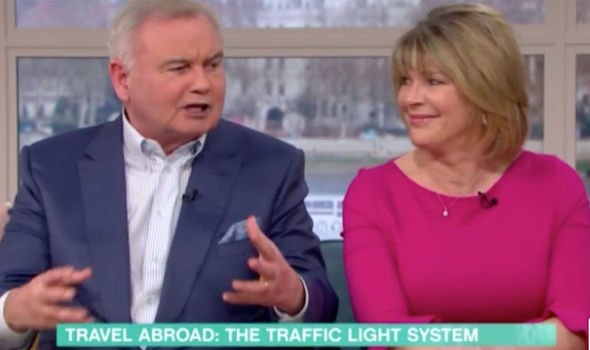 Ruth let out a giggle at her husband’s impression of the Prime Minister as he turned for Simon’s input.

“I’m fed up with it and there’s deals within deals, you know.

“Why are you not getting tested if you’re coming from France or whatever, oh because we’ve done deals with people.” 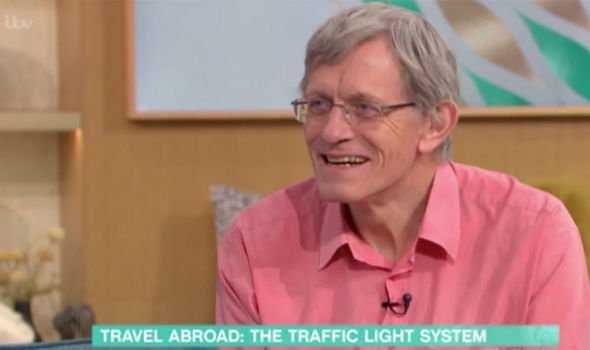 Simon tried to provide some clarity on the possibility of travelling abroad in the summer but did admit it was rather complicated.

He told Eamonn and Ruth: “Since Brexit, since the transition period ended, it gets a lot more complicated going into Europe.

“The government has an online passport checker system so if you are thinking of going abroad then for goodness sake, don’t fall at the first hurdle and make sure you’ve got your passport in order.”

“How long is the passport valid for?” Ruth asked to which Simon replied: “Passports are now valid for 10 years for adults and five years for children.”

But there was another word of warning to come from the This Morning travel expert.

“The rules going into the Schengen area are very complicated in terms of how many (years) you need left,” Simon pointed out.

“The government is saying you really need six months left,

“And it gets even more complicated if like me, you’ve got a passport issued in the past decade.”

Even Simon became exasperated by the box-ticking as he held his hands up and said: “Anyway.”

Ruth jumped in and assured viewers just to “check” their passports before decided to jet abroad.