JON Bon Jovi may have been livin' on a prayer, but he's been holed up in a dream home.

The New Jersey native has listed his Middletown, New Jersey, mansion for a mere $20 million. 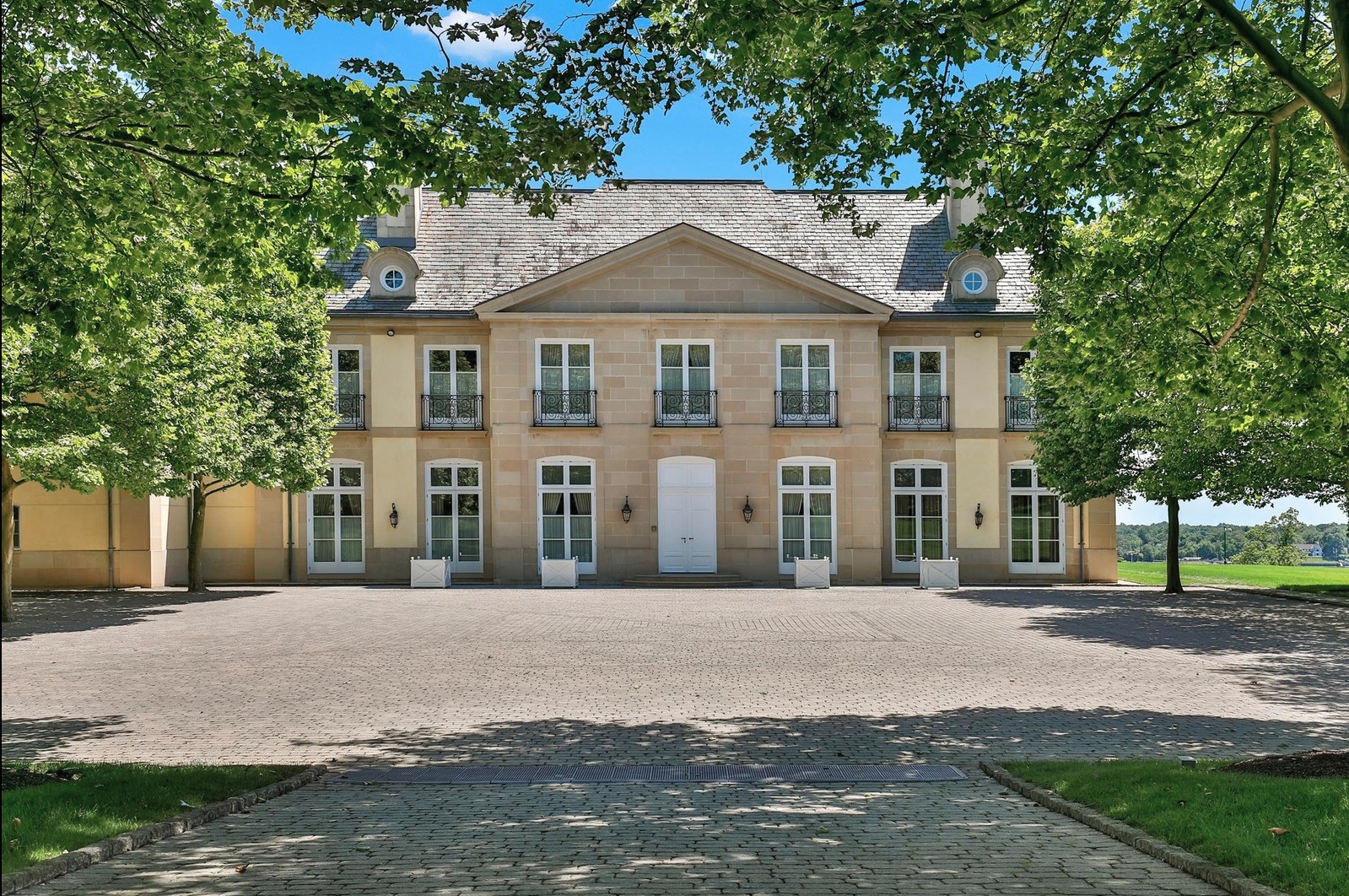 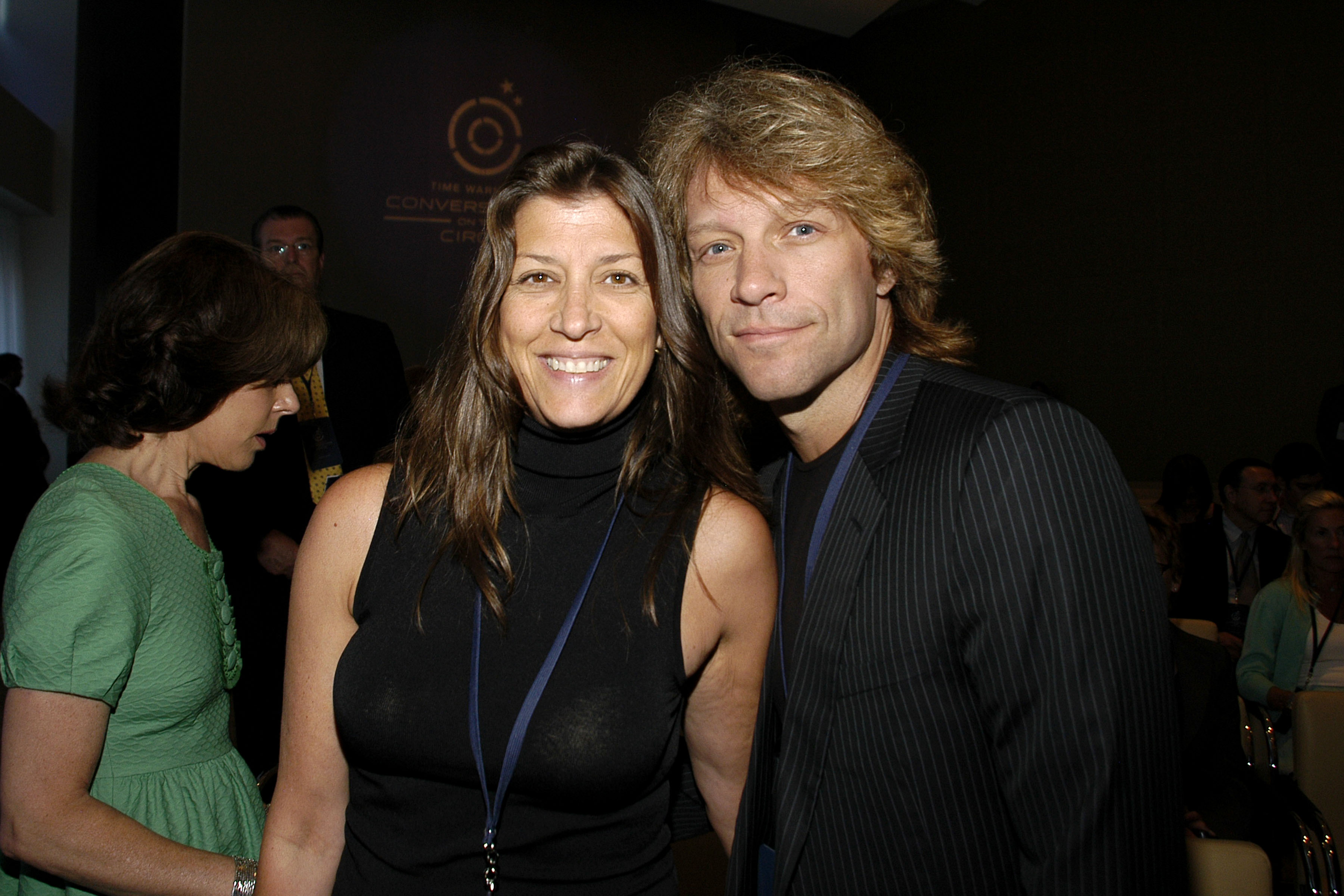 His French-inspired lavish 18,000-square-foot-house is located an hour outside of New York City and sits on the banks of the Navesink River.

It comes with over 750 feet of private water frontage with a dock and boat lift.

The Bed of Roses hit-maker had plenty of space to tend to his rose beds, as it sits on over 15 acres of landscaped grounds.

Designed by renowned architect Robert A.M. Stern, the stucco and limestone home is built to look as if it was airlifted from the French countryside, complete with alcove windows, slate roofing, tall chimneys, and ornate French-style accents and balconettes. 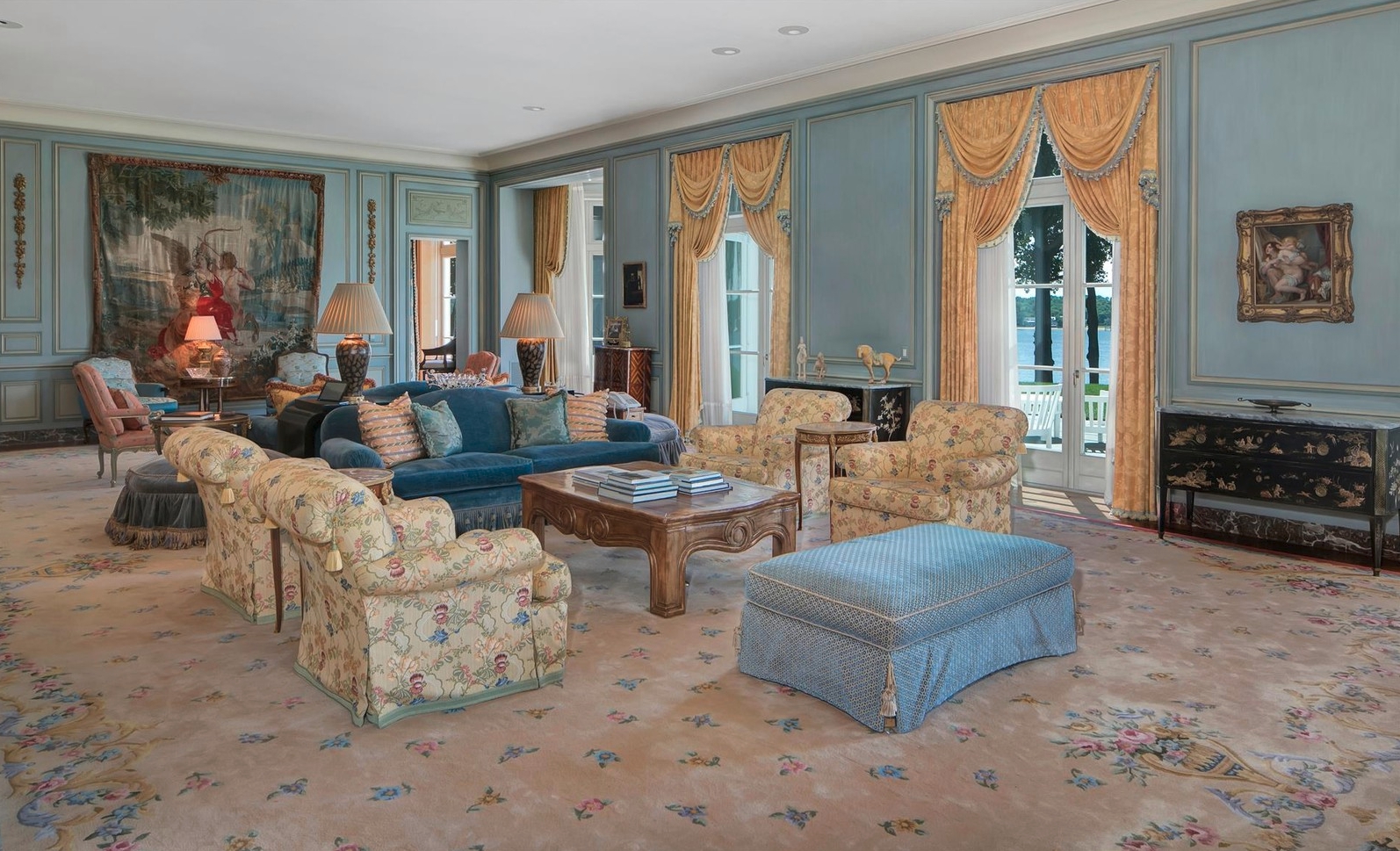 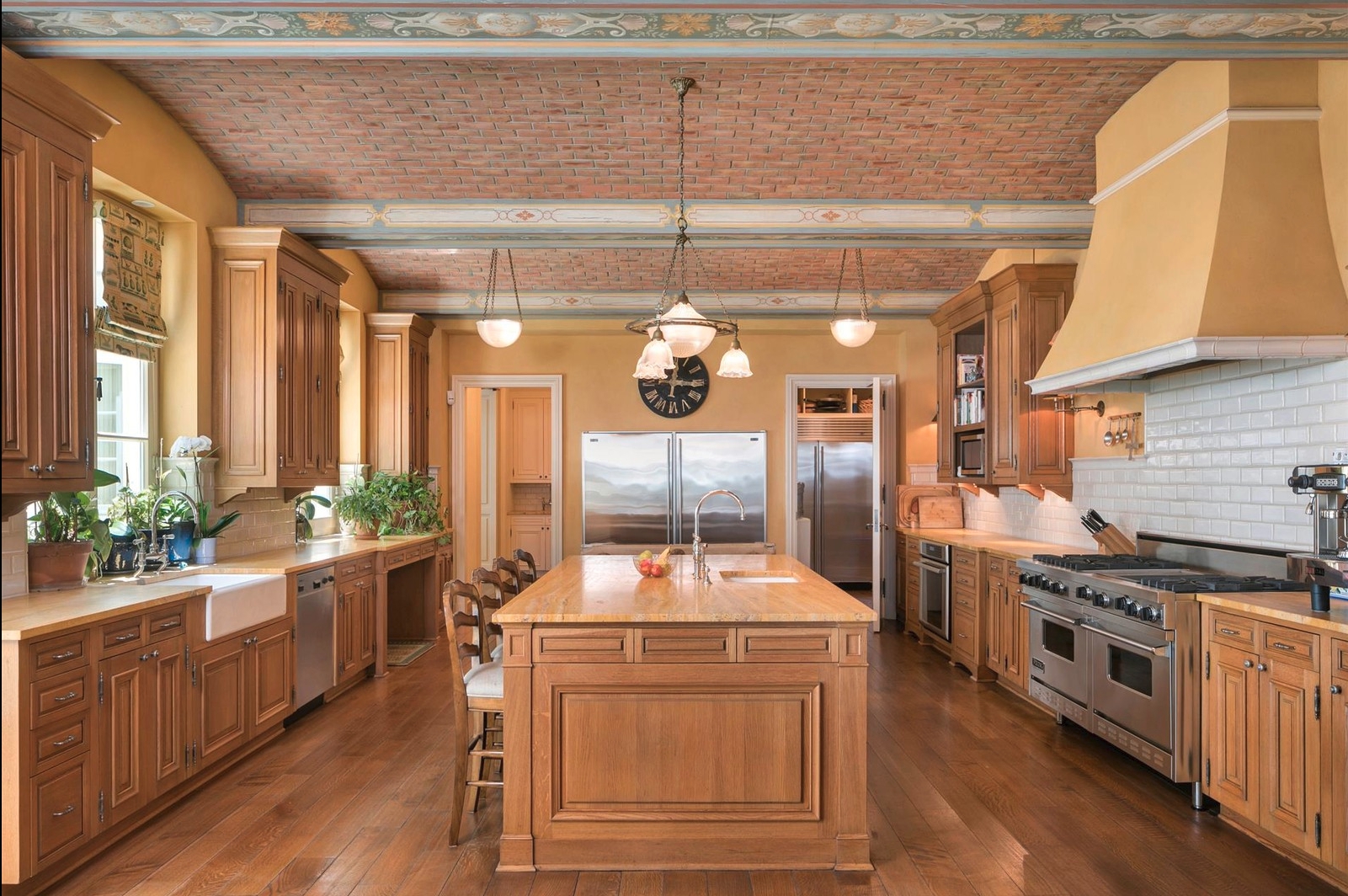 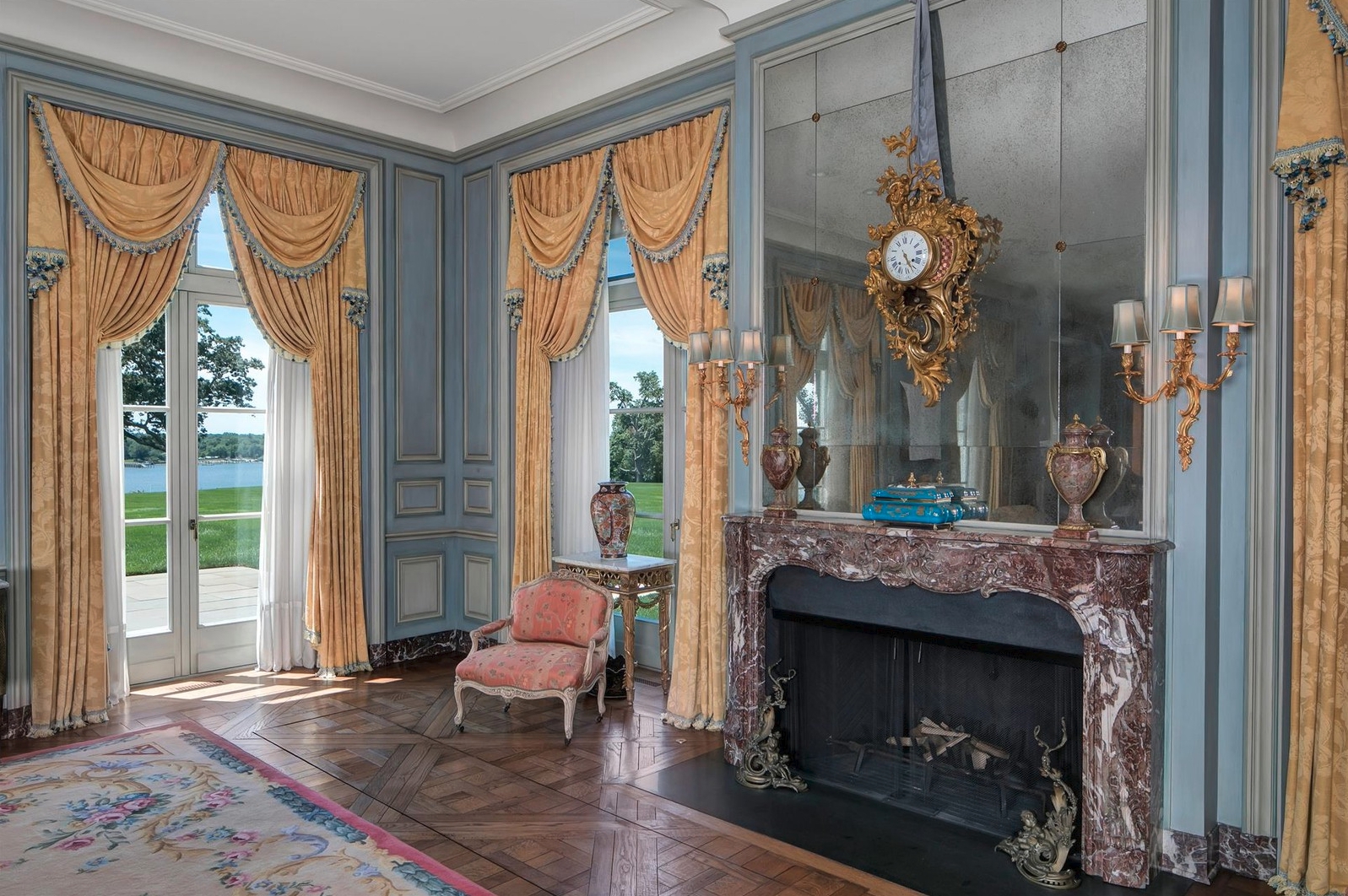 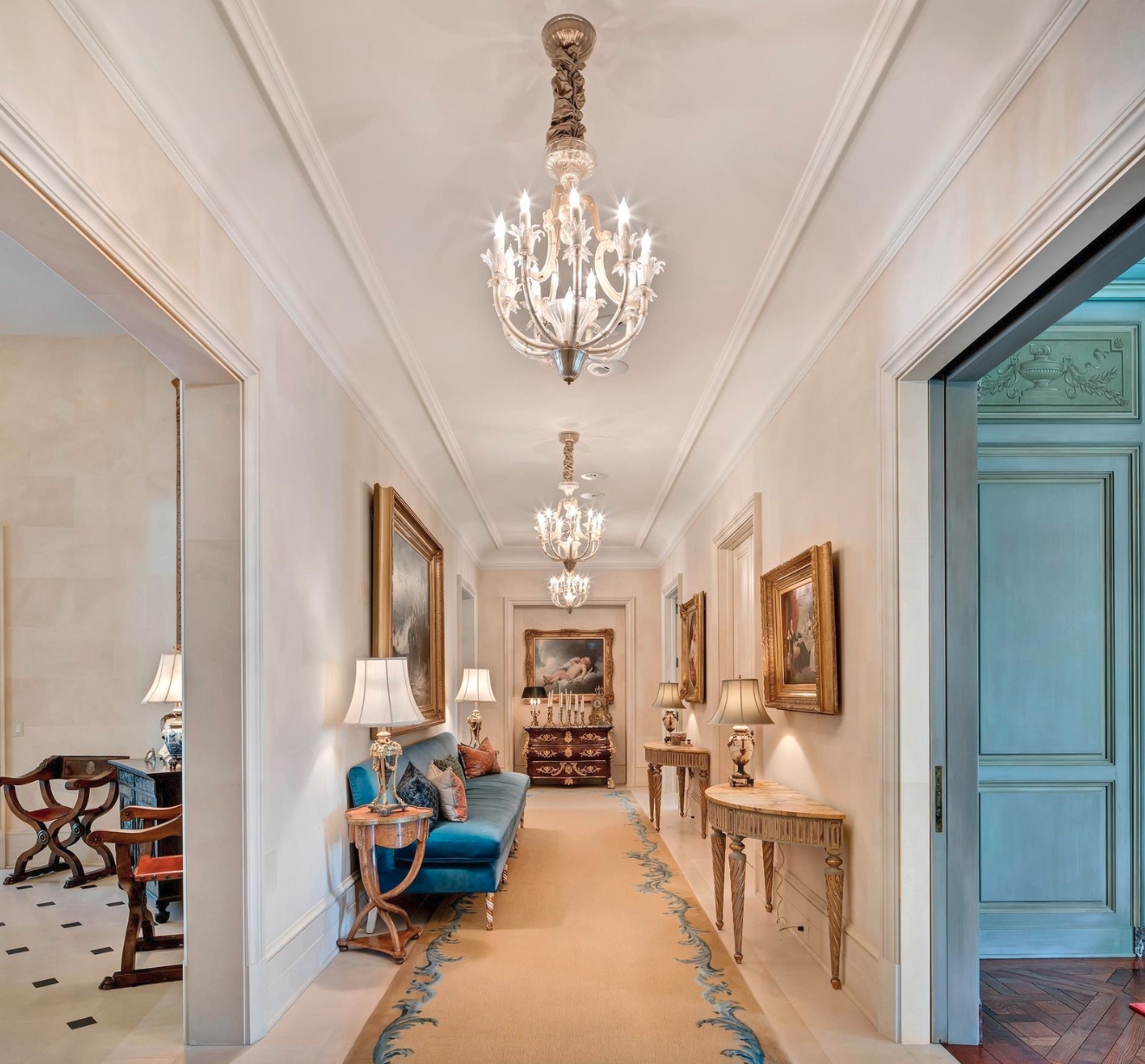 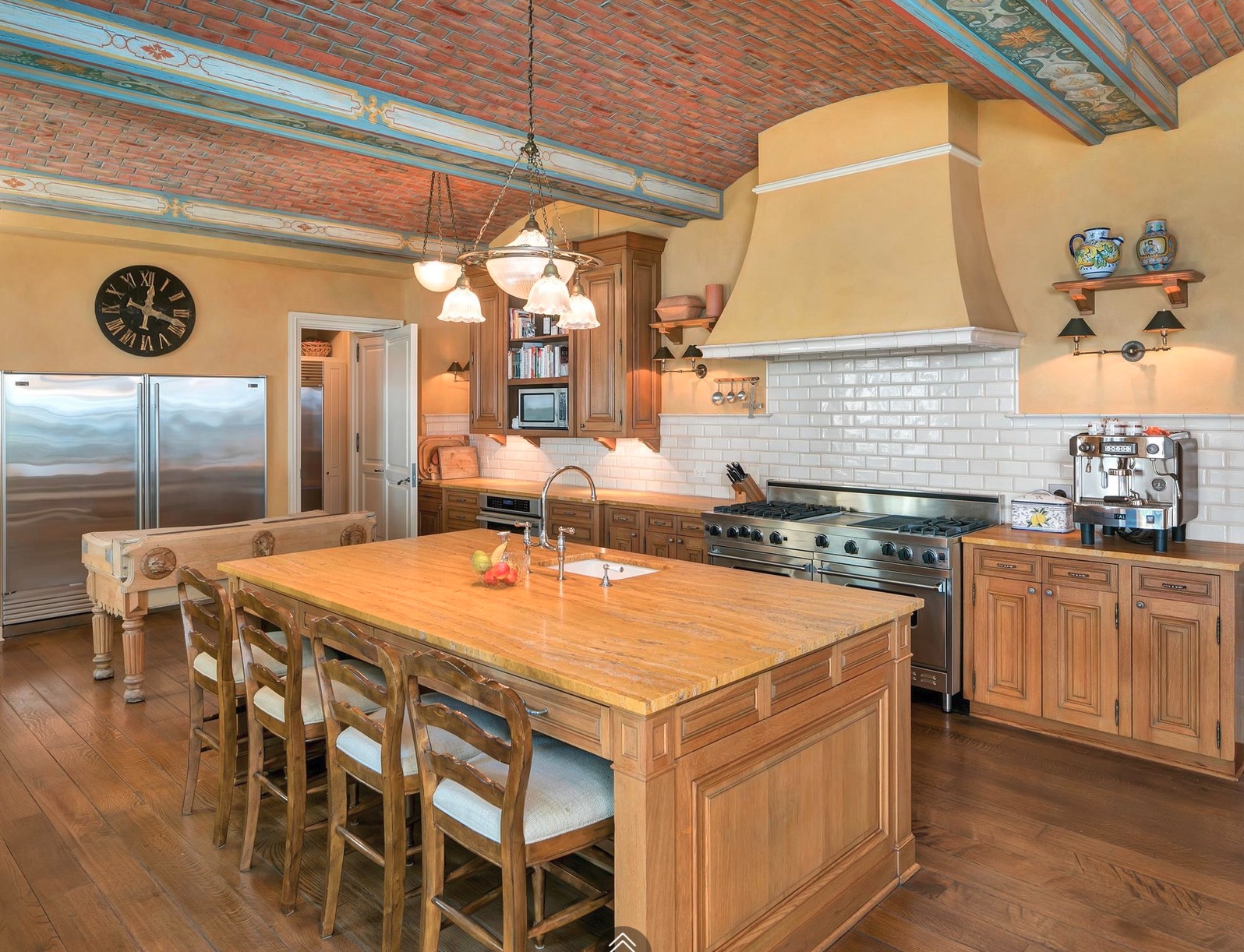 There are also six bathrooms in the house.

The family wing features four ensuite bedrooms, including the master suite, which boasts a balcony with panoramic river views, a steam shower, a soaking tub, his and hers walk-in closets, a seating area, a kitchenette and more.

There's a second guest/staff wing and a built-in elevator transports guests between the basement, first and second floors. 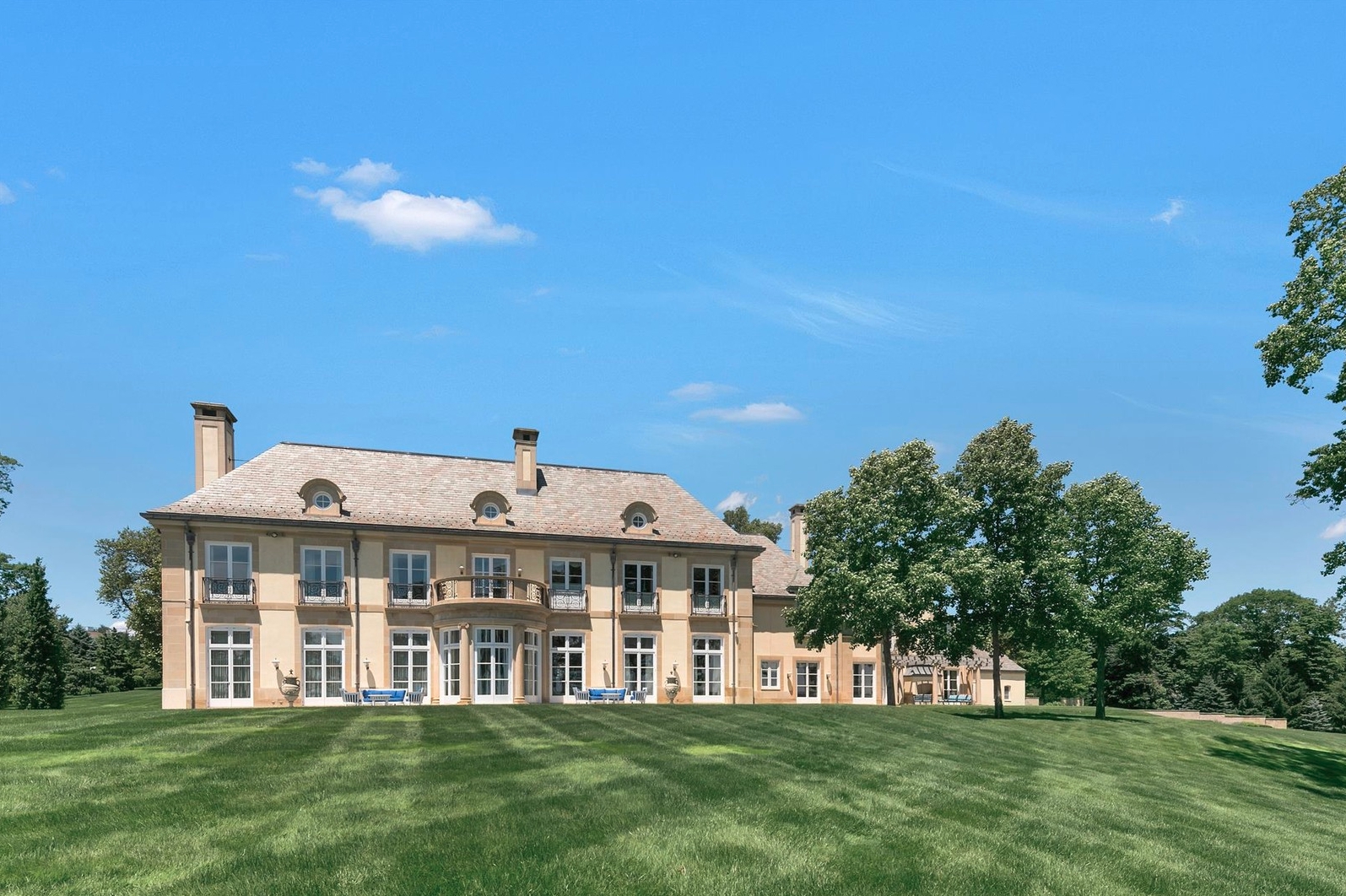 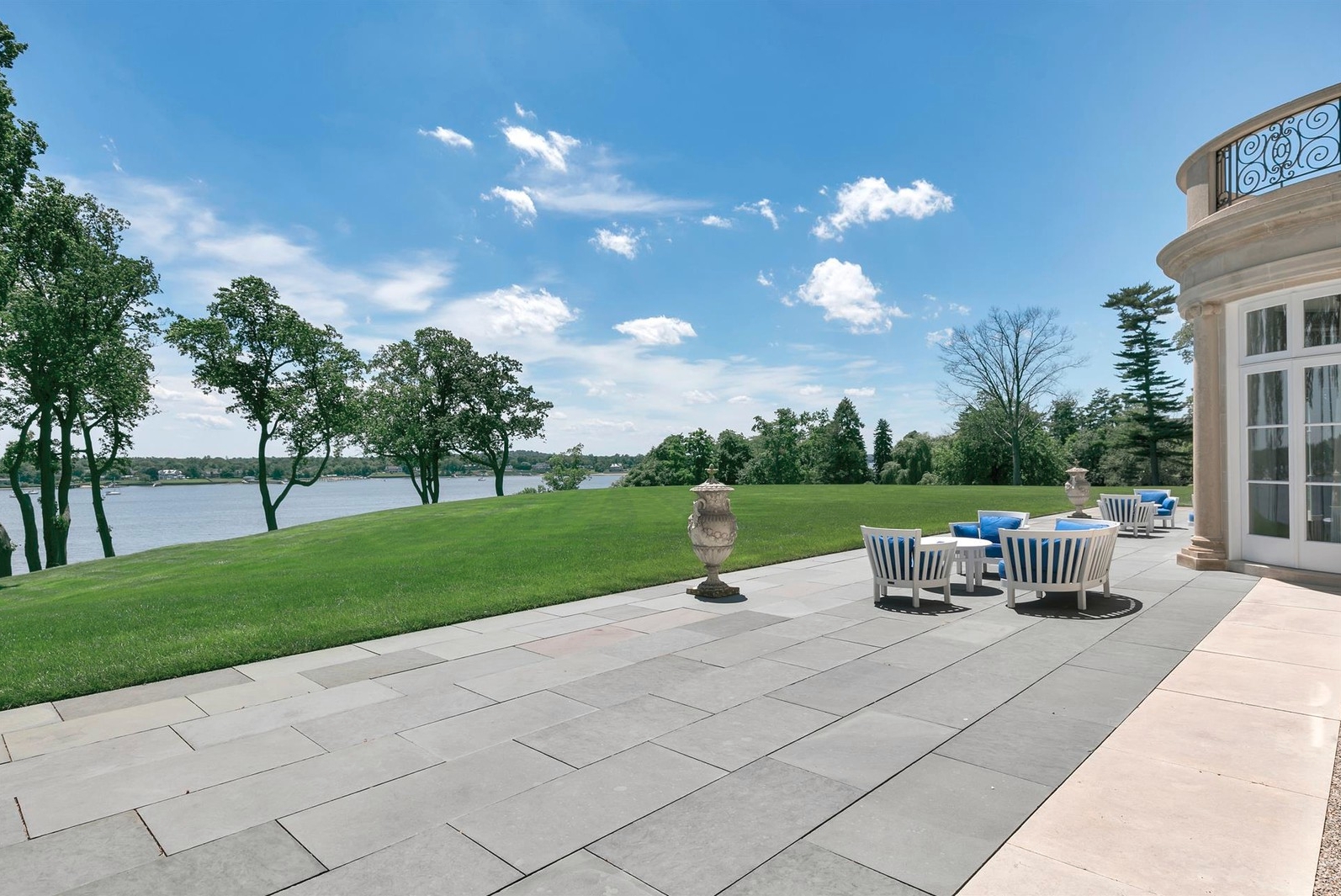 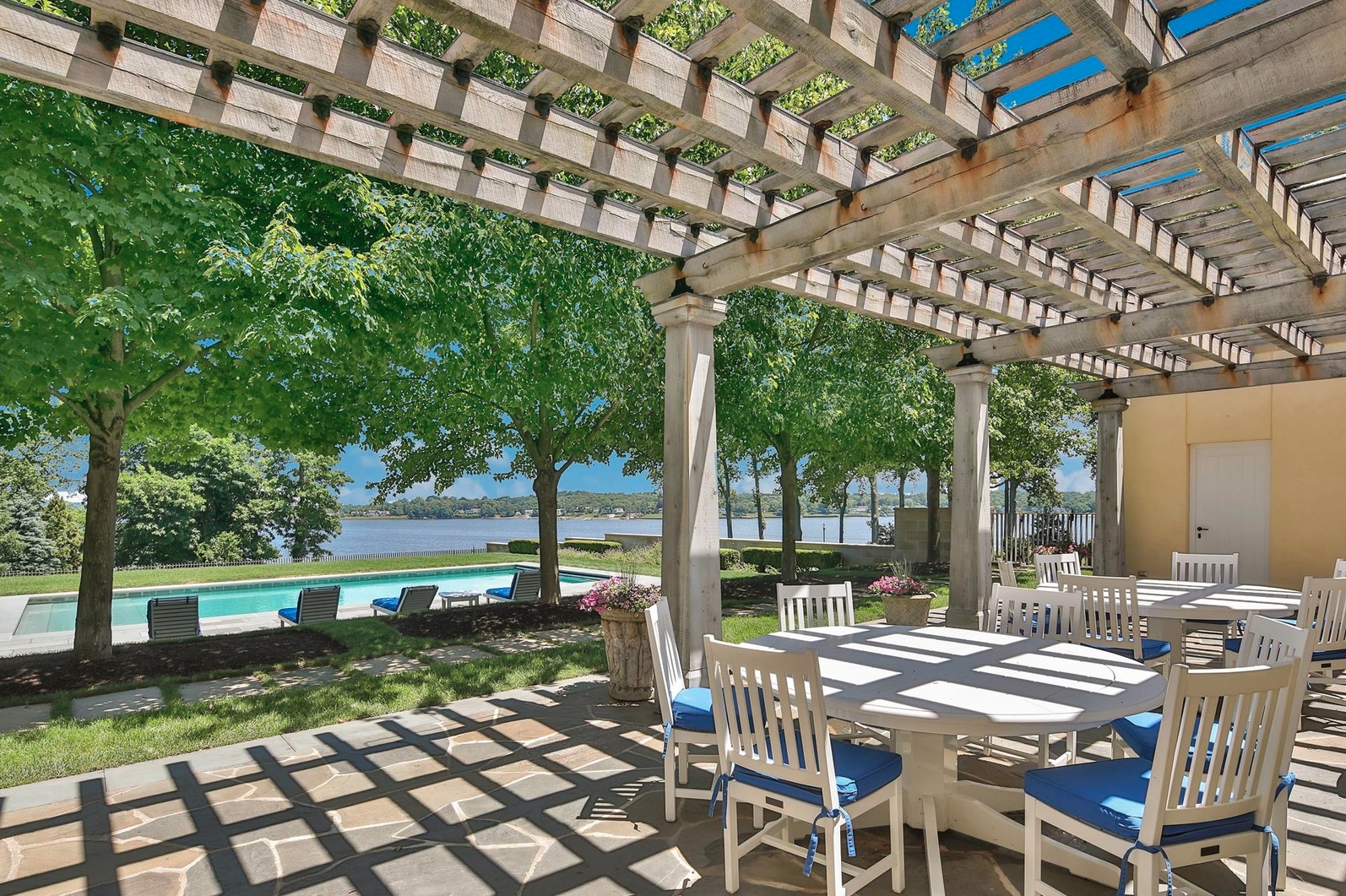 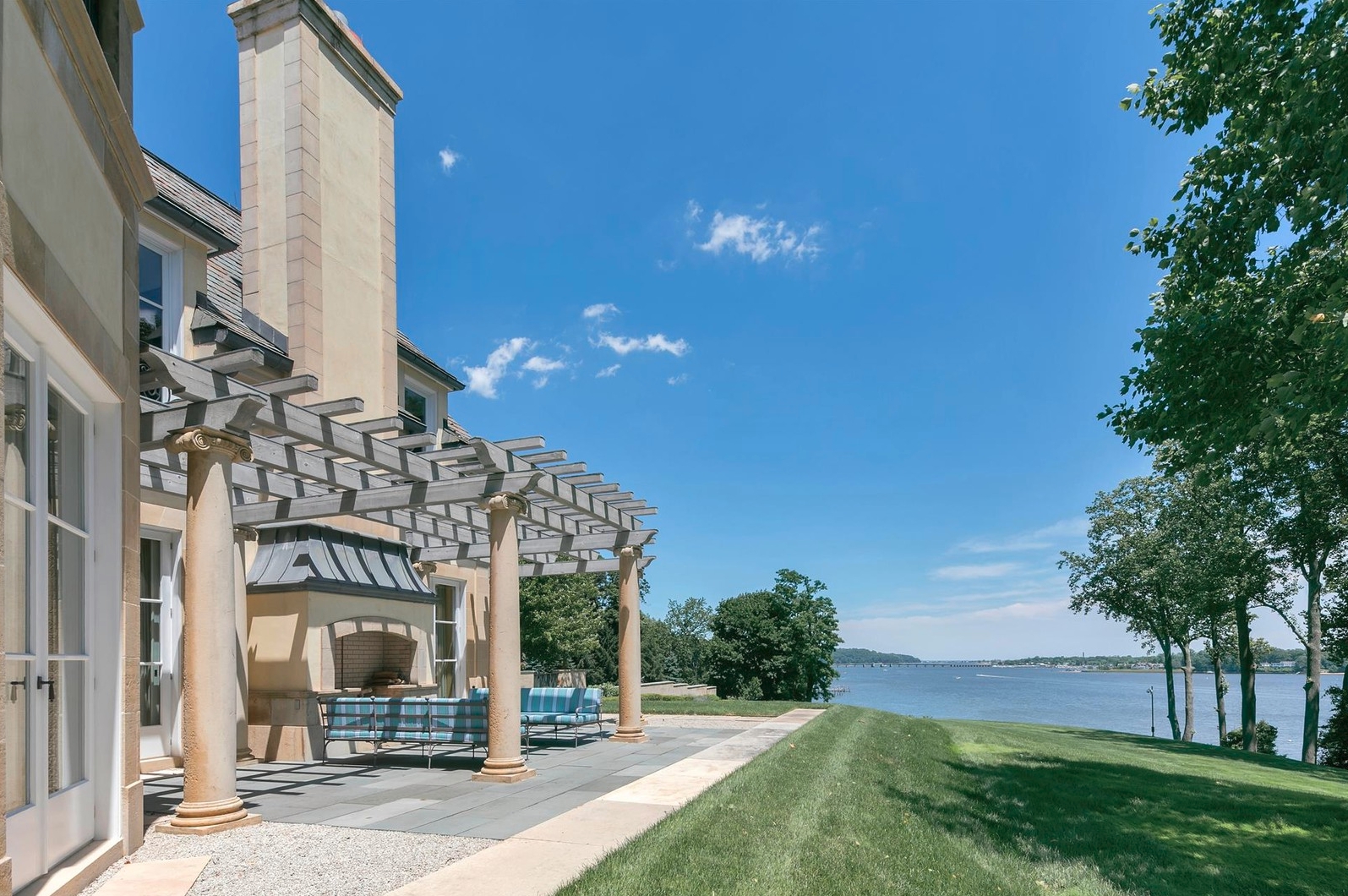 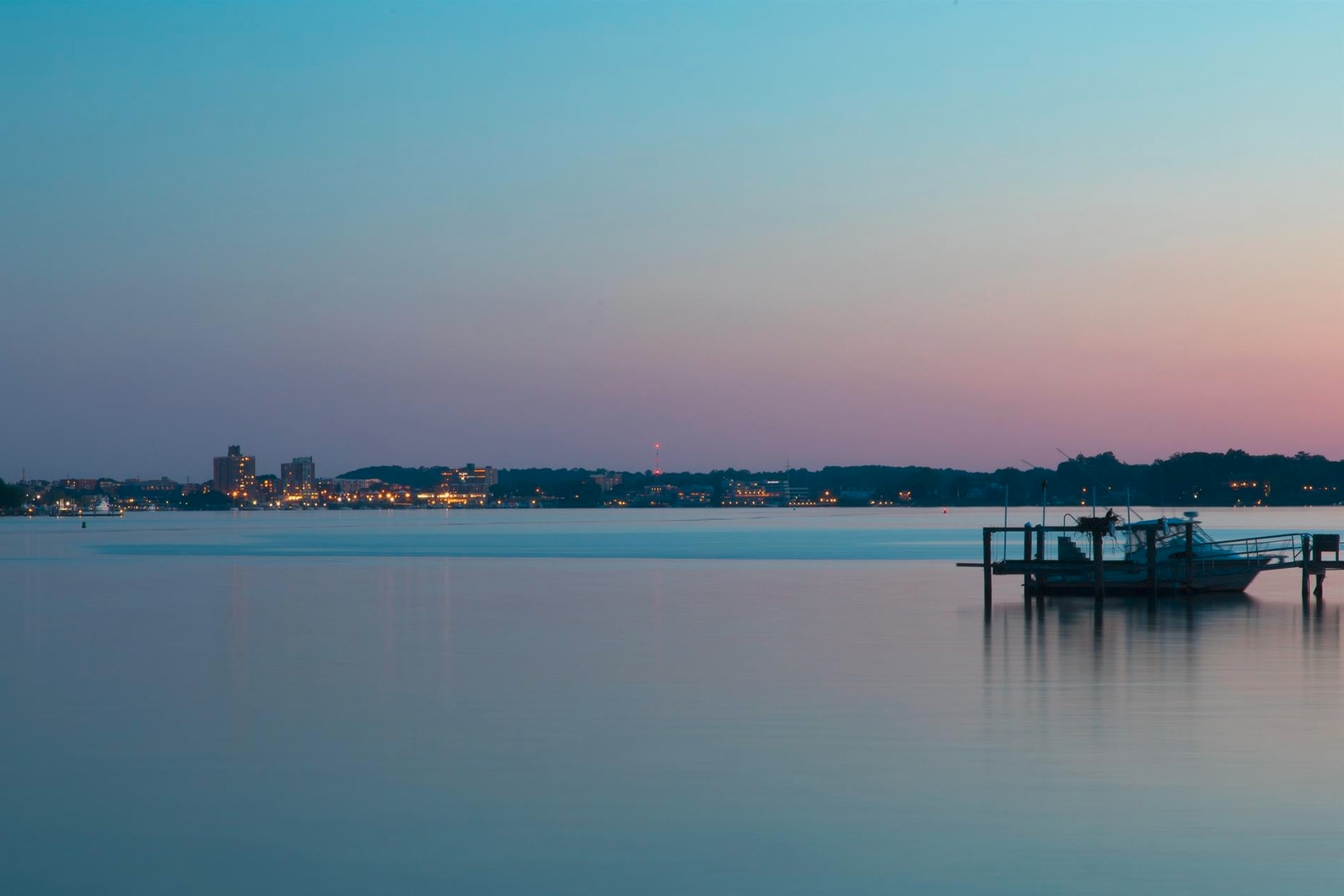 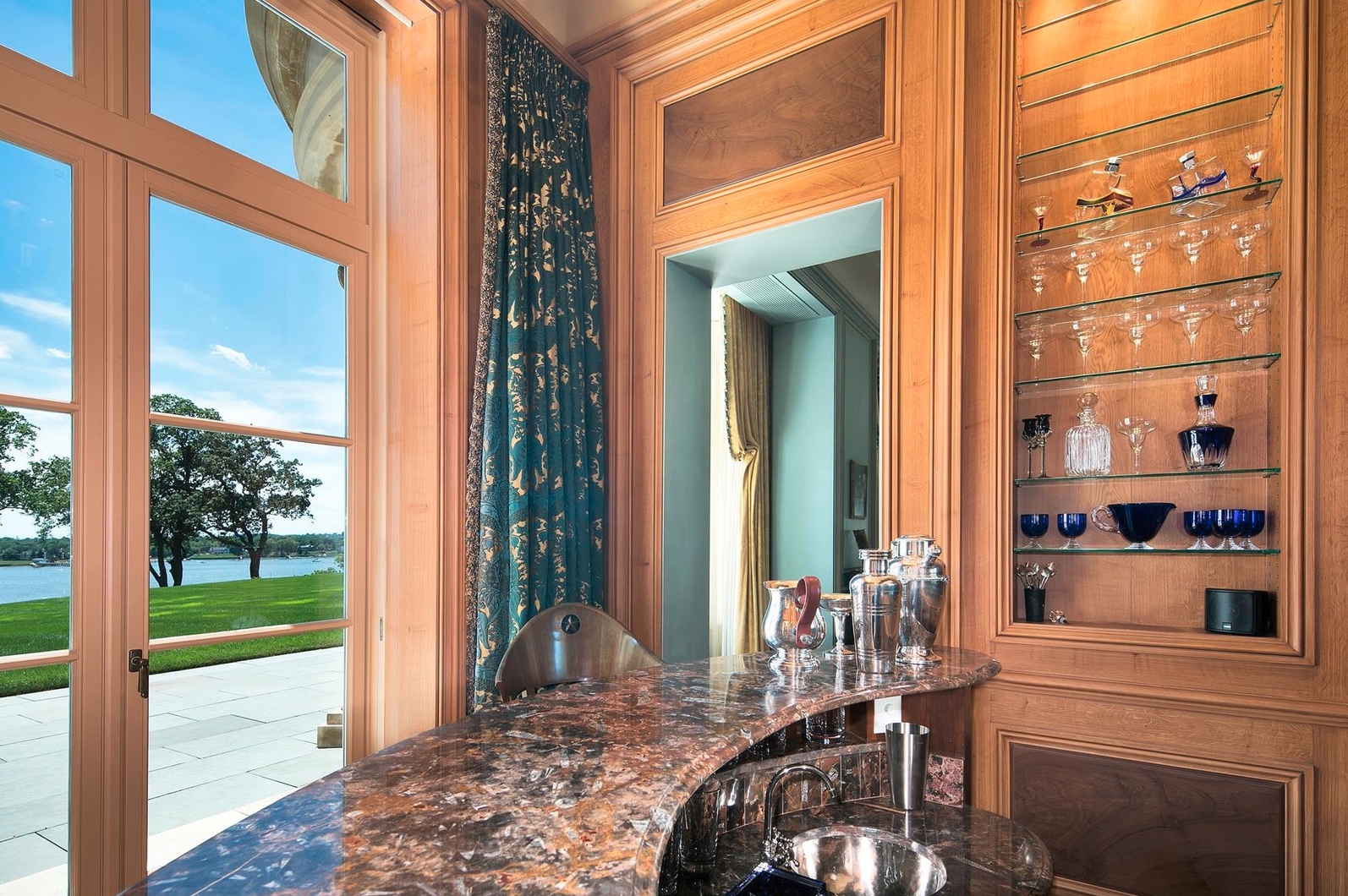 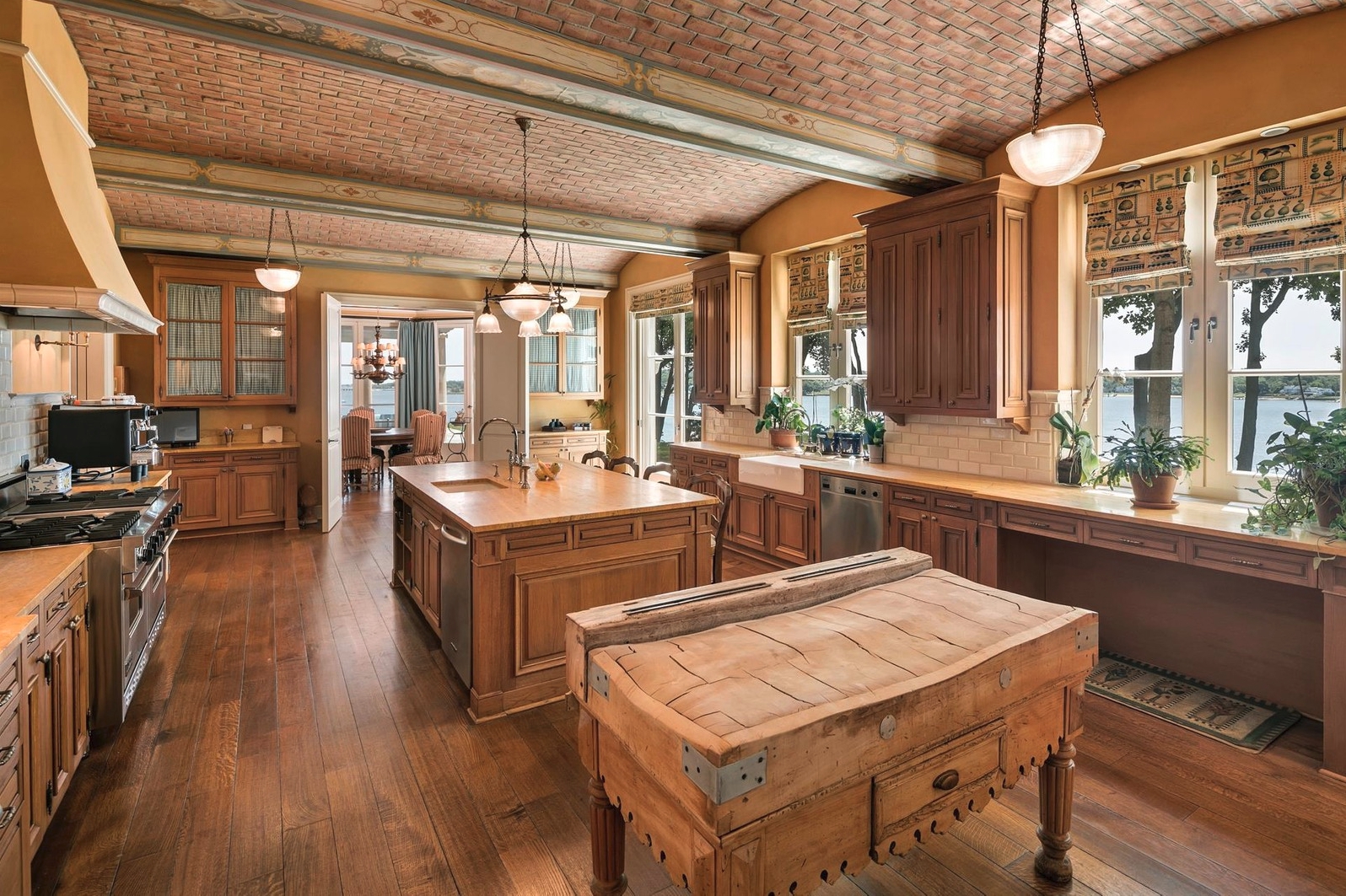 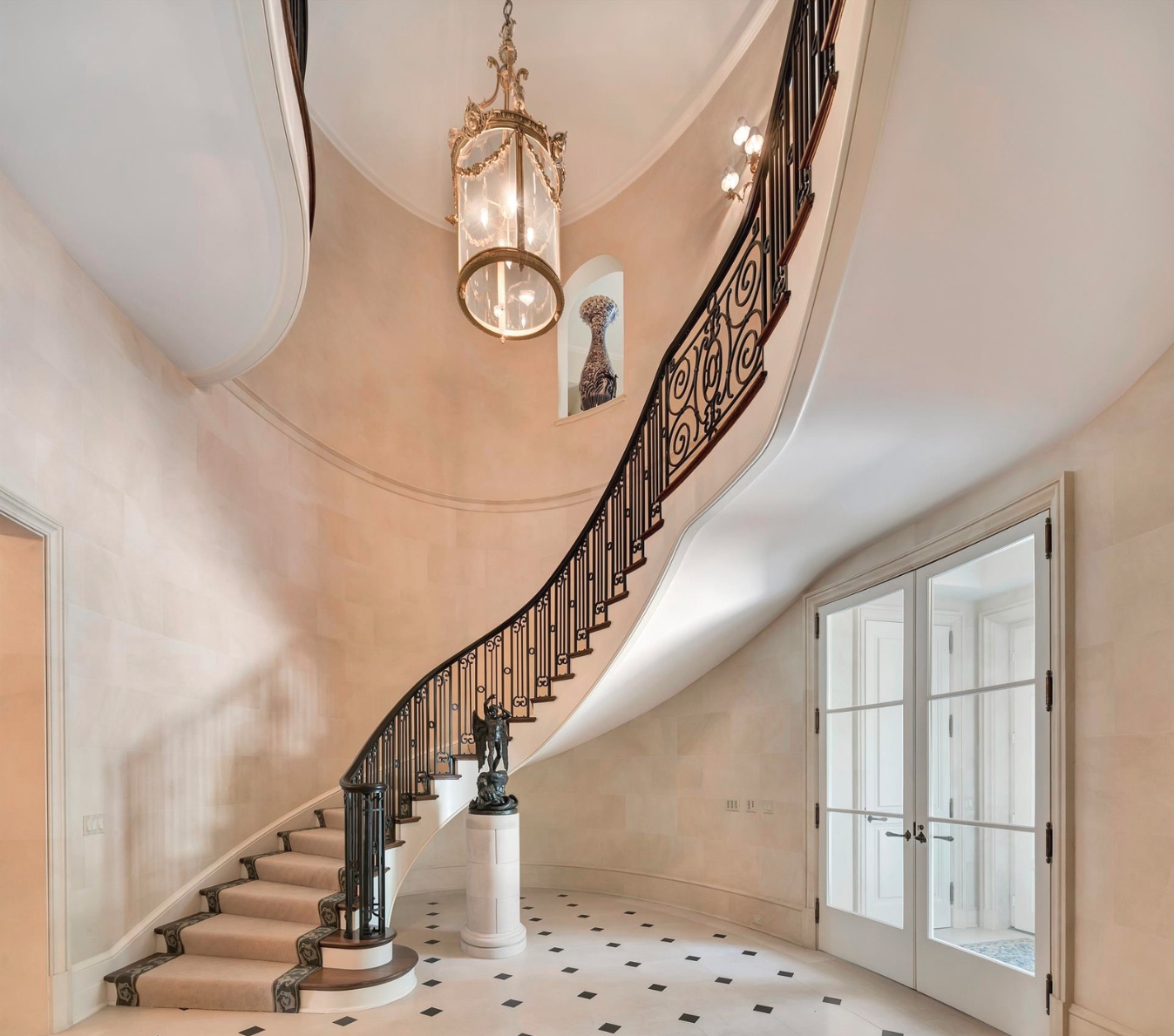 Jon – who has been married to his high-school sweetheart Dorothea for over 30 years – has the house on the market with Gloria Nilson & Co. Real Estate.

It's designed for entertaining, once an airy, two-story foyer greets guests just past the front doors then a custom-built winding staircase with a wrought iron banister leads up to the second level.

Downstairs, as well as a kitchen which features an eat-in breakfast room, the home has a 50-foot living room with 12-foot ceilings which is fitted with a movie theater.

A wood-crafted bar overlooks the water and a family room boasts an indoor-outdoor fireplace. 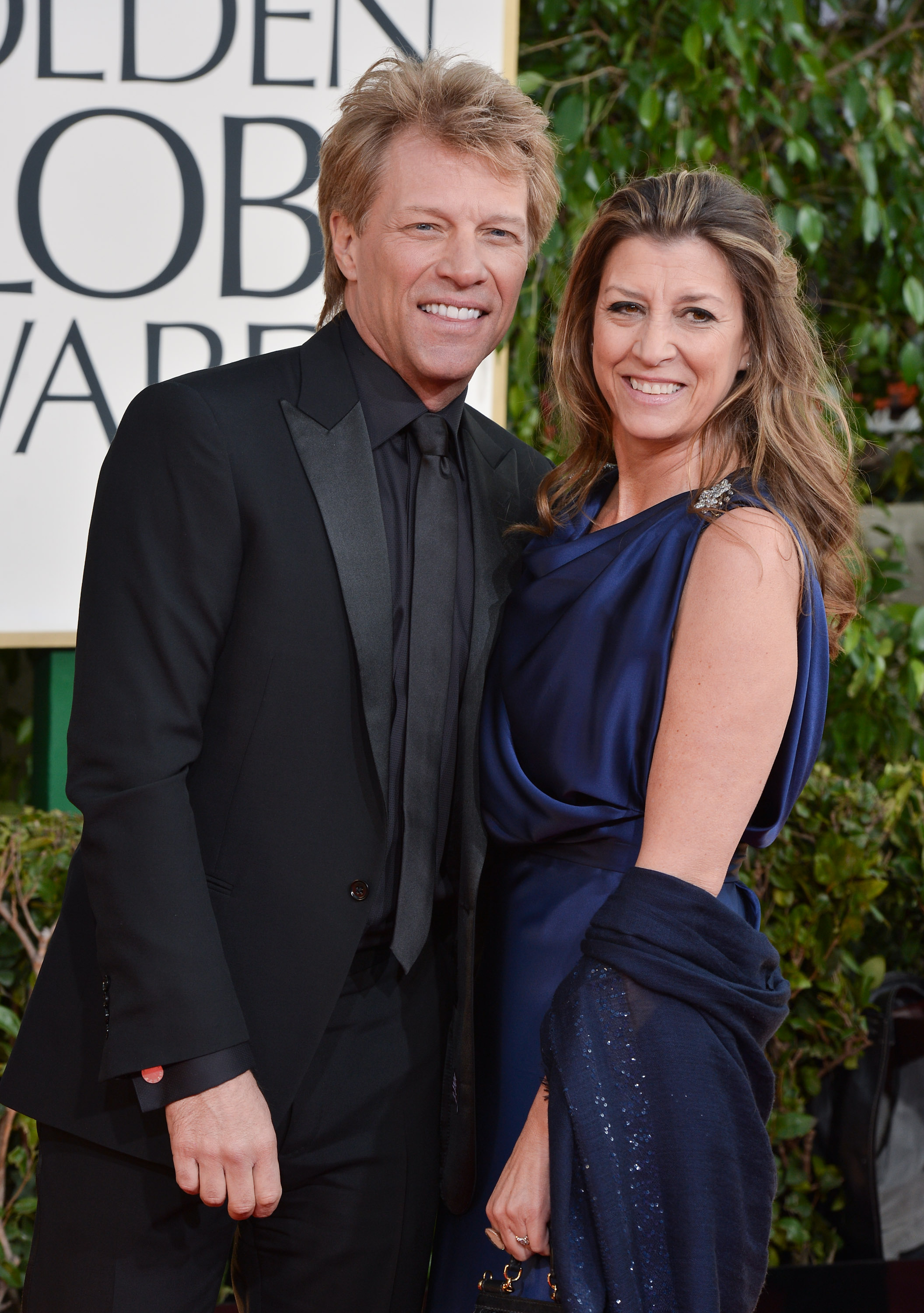 Outside, a French-inspired courtyard takes center stage, while a pool, pergola, slate patio and landscaped gardens fill out the acreage.

The estate also includes a number of smaller outbuildings, including the carriage house, which has three bedrooms.

He also has his own pub – the Shoe Inn Pub, which has a bar and games area.

The star – who as the lead singer of Bon Jovi has sold more the 130 million albums worldwide – also has converted his stables into a music recording studio.