HER net worth is estimated to be $7million, so it may come as no surprise that Real Housewives of New Jersey star Jennifer Aydin lives in a pretty impressive mansion. 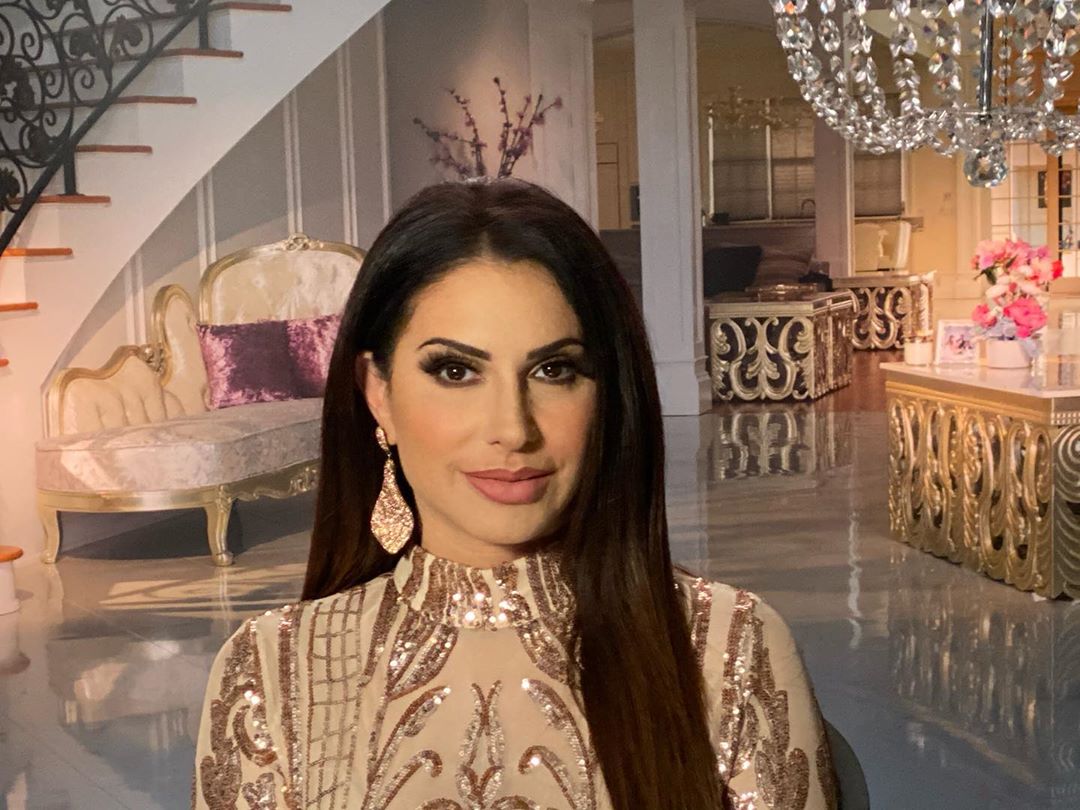 The $3million space also has it's very own cinema, a huge kitchen and a pool house.

Late last year, Jennifer invited BravoTV.com into the epic property and she made sure to show it off to it's full potential. 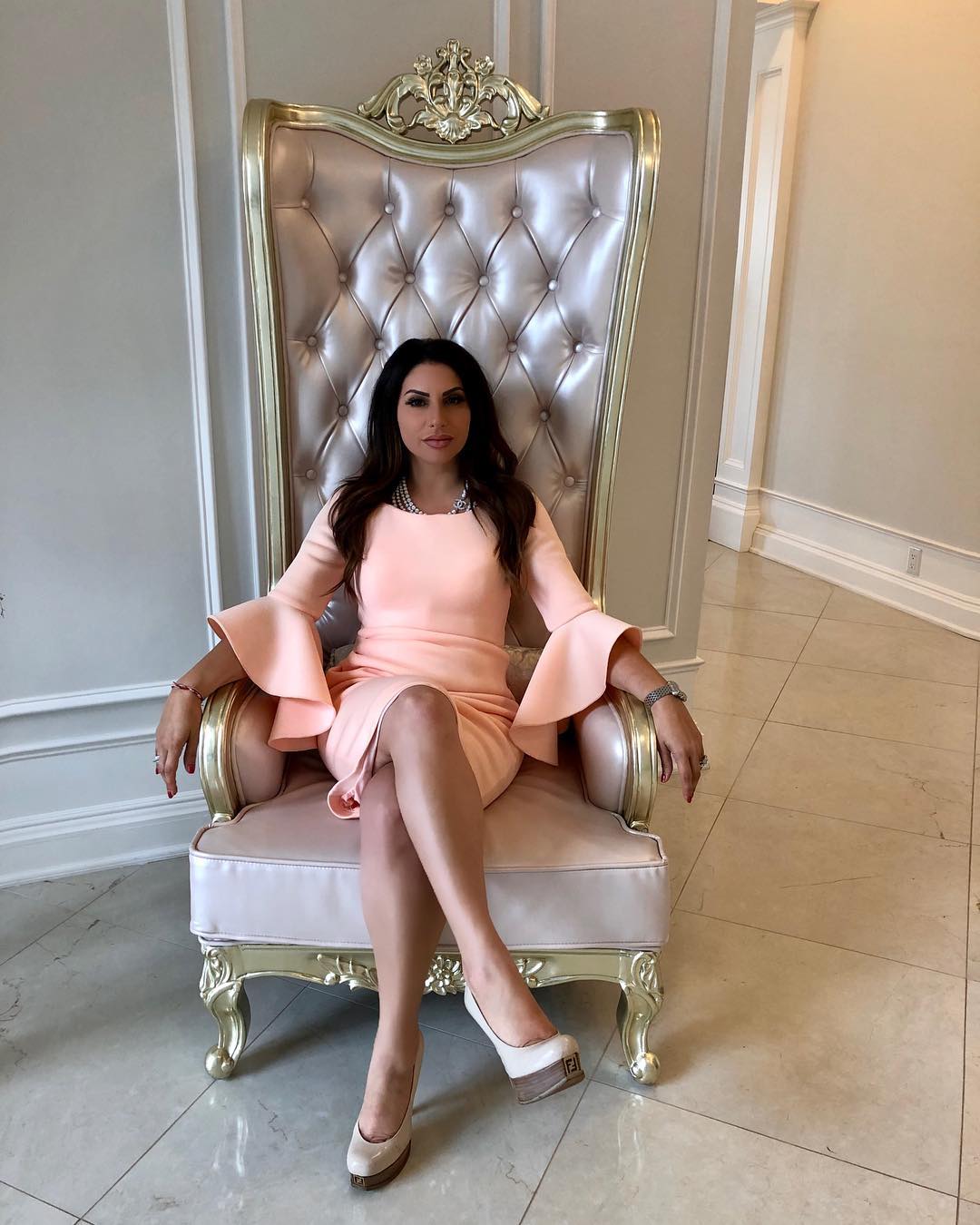 Explaining why she has so much places to enjoy a shower, she told the cameras: "Well the architect told me that when you build these houses now, to keep the value, it's better for every bedroom to have it's own bathroom.

"So you know what? I listened to people who have more experience than I do!"

She then took the camera crew into a rather lavish room and explained: "This is the formal living room slash dining room combined, fancy room, that only the fancy people get to use." 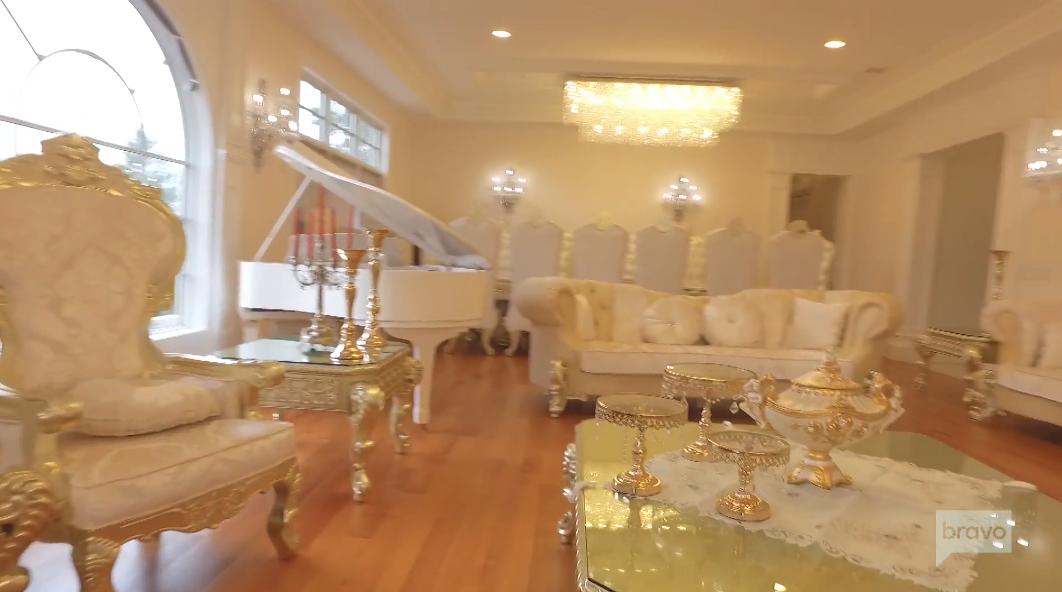 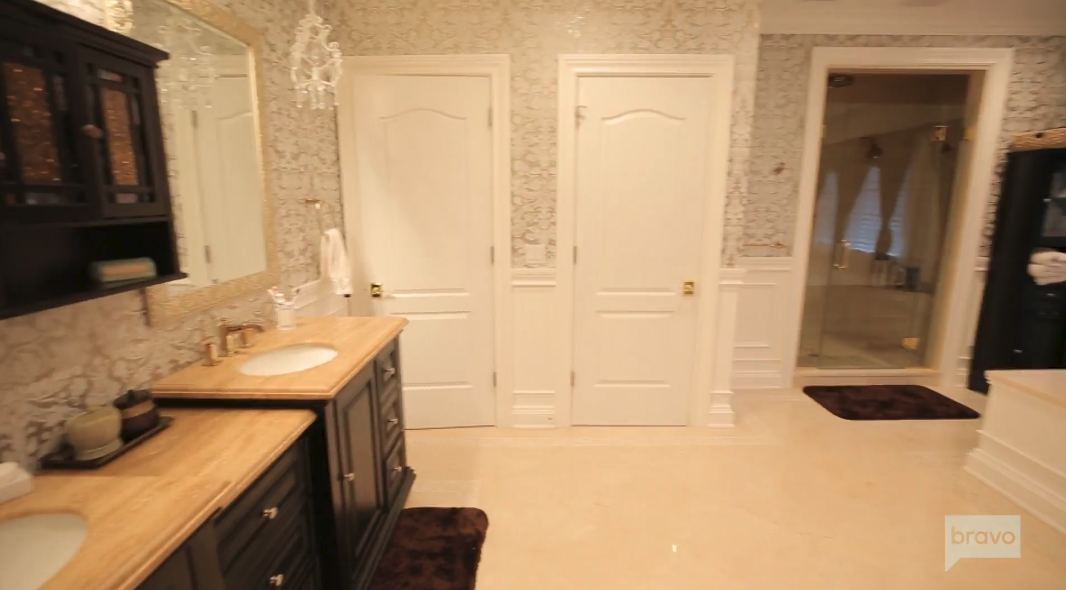 "I have this double oven, and then this is a speed oven which I have yet to learn how to use, but it looks pretty."

Showing off her garden, the brunette described it as "very private, very quiet", and revealed that her husband Bill spends a lot of his time in the pool house because it's like his "escape home". 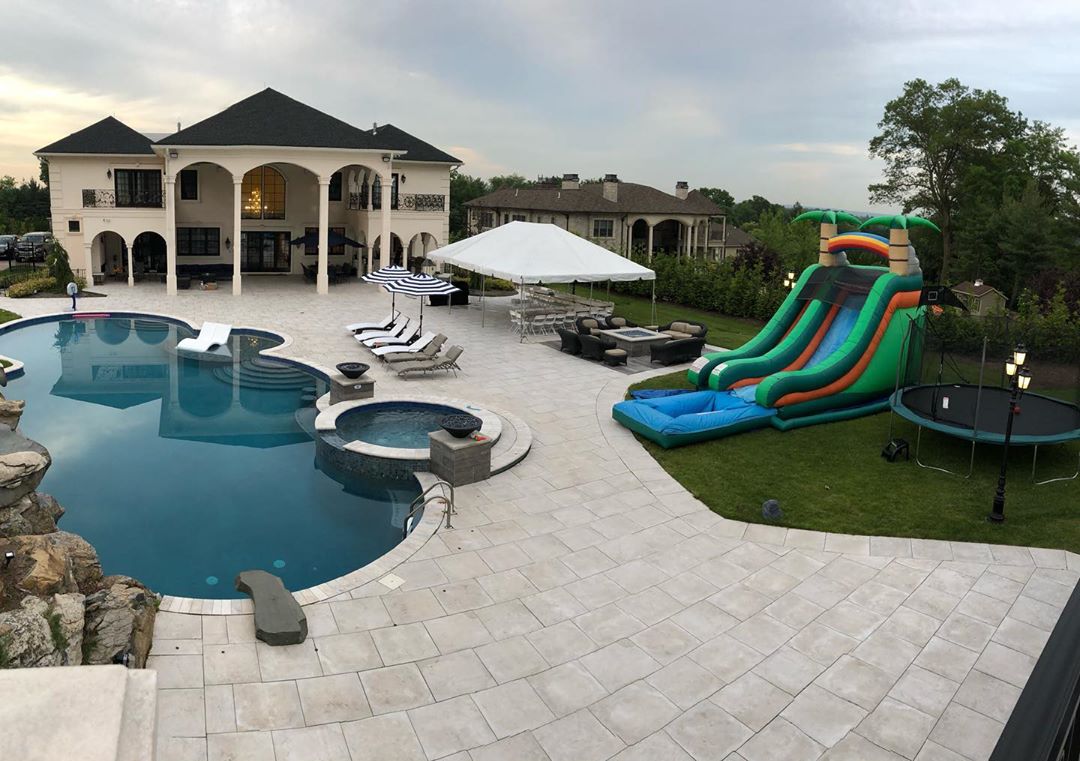 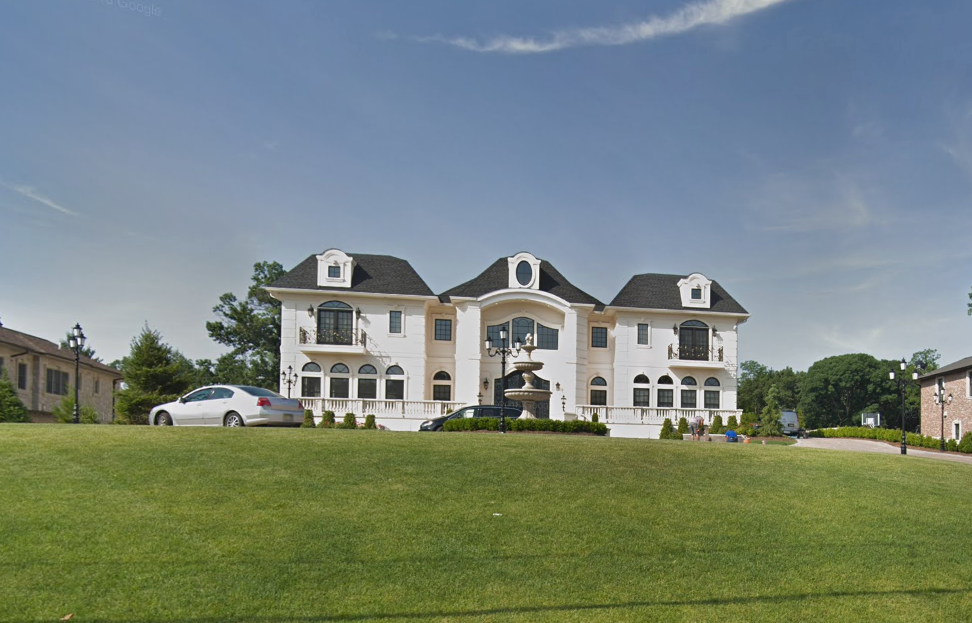 The mom-of-five then took the cameras on a tour of her basement, which features a home movie theater and two basketball courts, as well as a spa complete with a sauna.

The Real Housewives of New Jersey star then headed upstairs to flaunt her bedroom, which includes a custom made bed and an epic walk-in closet.

Perhaps revealing a little too much about her marriage to Bill, Jennifer explained that they have his and hers water closets with toilets in the master bathroom in case they ever find themselves on the same schedule. 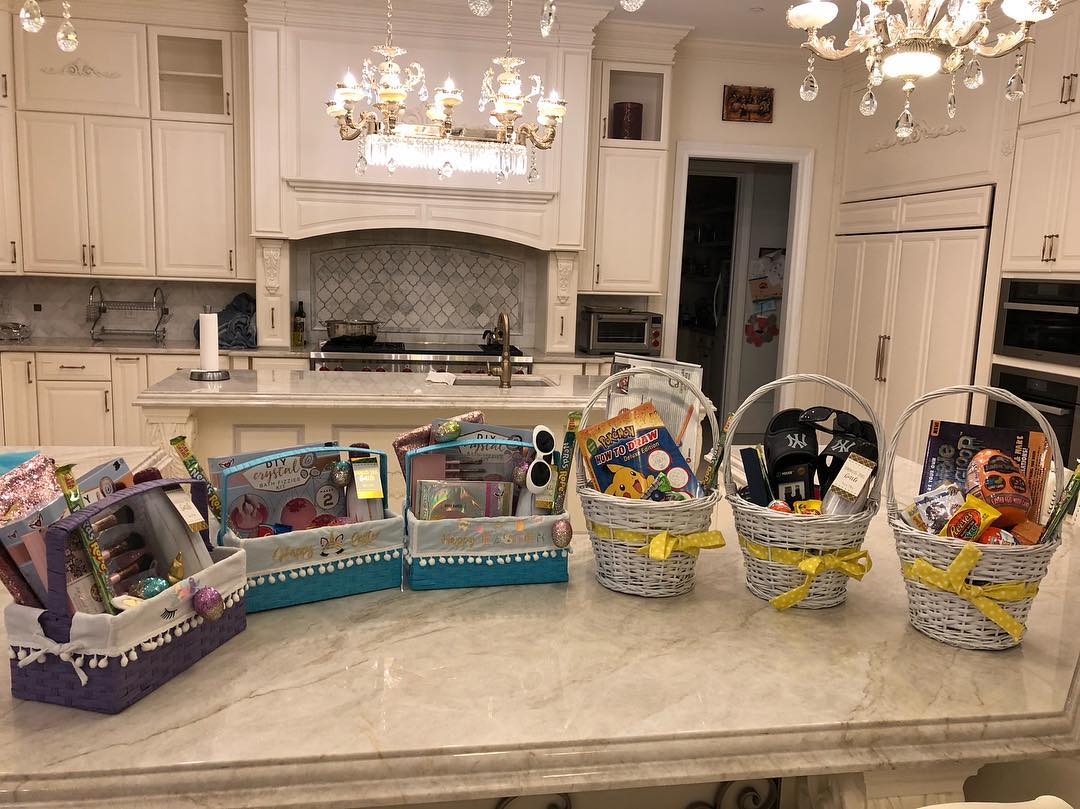 And despite having a very slender figure, the TV star revealed that she rarely uses the stairs in her mansion – opting for the elevator instead.

"Because my lazy a** doesn't want to go up four flights of stairs, and also because I don't have to, I'm gonna take my elevator," she tells the camera.

Jennifer's attitude probably comes as no surprise to RHONJ fans, who are used to her catty comments and constant drama. 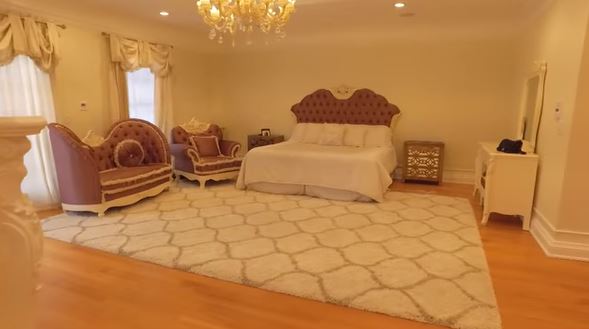 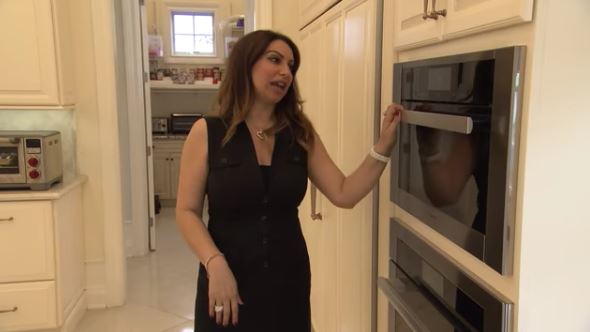 More recently, Jennifer threw a plate at her co-star Melissa Gorga as the ladies enjoyed a weekend away in the Hamptons.

Jennifer was seen losing her cool as the friends' conversation about Jackie Goldschneider's wealth took a nasty turn. 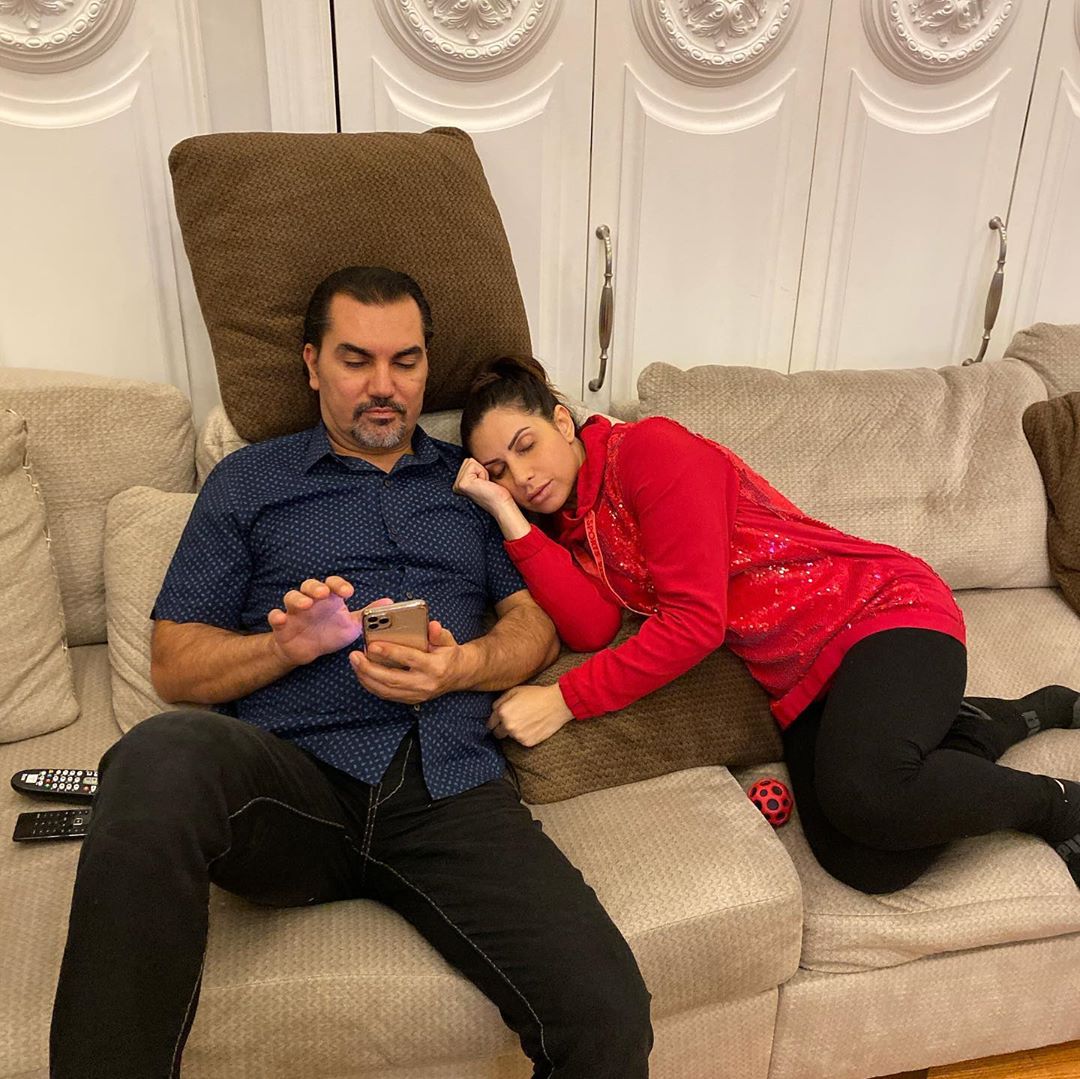 Jennifer had previously told Margaret she thought Jackie was "stingy" because she refused to flash her wealth, especially after learning that Jackie had come from "family" money.

Later, Jackie confronted Jennifer for her comments and snapped back: "You're implying that I got cheap with the party that I threw my children because I didn't feed you gourmet food during it?"

The situation went frm bad to worse as Melissa defended Jackie, which resulted in Jennifer hurling some silverware and the whole thing almost ended with a brawl.