Good Morning Britain discussed the new BBC documentary which claims there are over 100 ‘gender identities’ earlier this morning.

The series of videos which can be used as a resource in primary school PSHE classes features children asking questions about sex, relationships and genders with the answers being given by “trusted adults”.

Joining Piers Morgan and Susanna Reid in the studio to debate whether or not the sheer volume of ‘gender identities’ would be confusing for children who are so young was journalist Benjamin Butterworth and actress Nicole Gibson.

During the conversation, Piers was “offended” when Benjamin used the label ‘cis-man’ to describe his gender.

“The truth is, if you’re not a cis-man or cis-woman than you’ve been confused for hundreds of years because you’re not reflected in education,” Benjamin argued.

Interrupting him, Piers stated: “Listen, I’m not a cis-man, you keep calling me a cis-man, I’m a man.”

“Well that’s fine! And that’s how you can identify,” the guest explained.

“Stop calling me it! I feel insulted and offended that you keep calling me a cis-man when actually I’m a man. You see how this works?

Susanna joined the debate and claimed: “And it is actually used as an insult when people are called cis. As soon as you start boxing people into identities, it splits people off from each other, doesn’t it?” 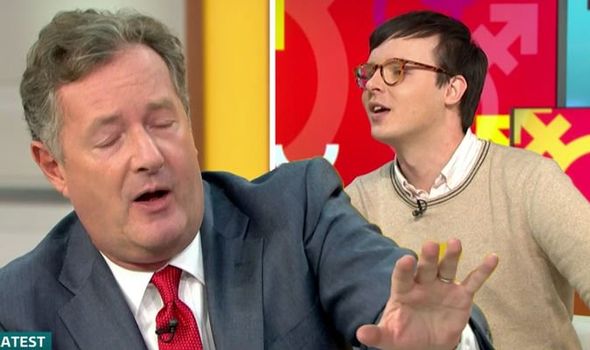 Benjamin hit back: “I think it gives people a sense of who they are. I don’t accept you can’t promote it. You can’t convince someone of a different identity.”

But Piers mocked: “Can I identify as a a penguin at the Sealife Aquarium in London, that is currently being reared as gender neutral, apparently has gay parents.

“Let me just say this, can I under this new world of self-identification, can I identify as a two-spirit, neutrois penguin.”

“Well, you’re not a penguin use some common sense. That’s not a thing that happens,” Benjamin remarked.

“How dare you tell me I can’t identify as that. How dare you offend me. Do you see how it works Benjamin?” Piers retaliated. 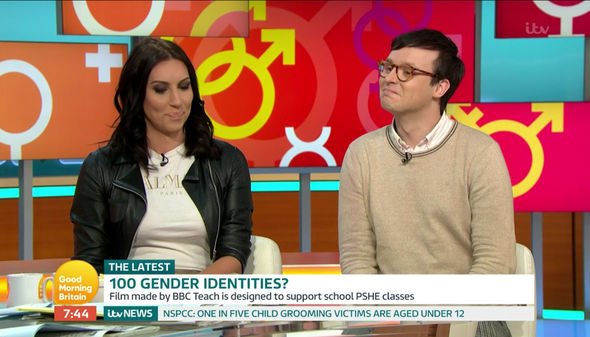 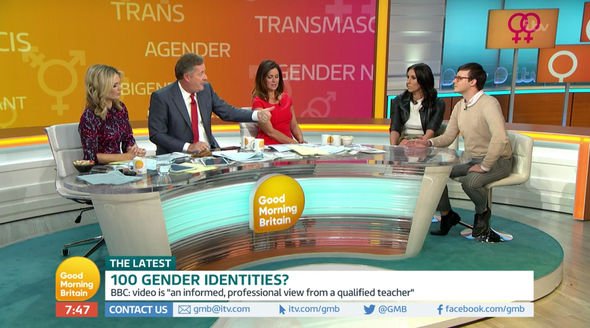 Susanna then clarified: “Do you see how it can get to a point where people make it ridiculous?”

This debate caused some controversy online, one said: “I hate how people like Piers and Susanna think gender is something to laugh about. Just because you don’t underhand how there could be 100 different genders doesn’t mean it’s hilarious subject/something to be ridiculed #GMB.”

“#GMB what the heck 100 genders this is just getting out of control. You’re male of female,” someone else wrote.

Good Morning Britain airs weekday mornings at 6am on ITV.