With so many entertainment options, it's easy to miss brilliant TV shows, movies and documentaries. Here are the ones to hit play on, or skip. 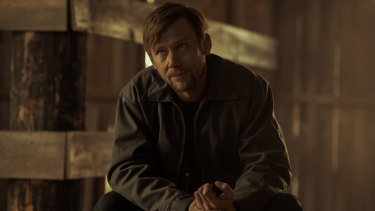 Valerie's boyfriend, Paul (go-to low life Damon Herriman), wants to pull an elaborate scam on his parents, and James is the man drawn into the plan. But when James meets Paul's parents, Pastor Byron and his wife, Lillian, it turns out that they're played by Ben Kingsley and Jacki Weaver – neither of whom it feels wise to mess with.

Kingsley makes Pastor Byron one of those severe northern-European Protestant types, right down to his puritan-looking hat; Weaver exudes a solicitious sweetness laced with menace.

Series creator Steve Conrad adroitly wrong-foots his viewers throughout this week's first episode, suddenly changing their perceptions of his characters in surreal ways without ever coming off as tricksy. In the case of Simpson's character this happens in a scene with a 15-year-old boy (Dash Williams) who has to manage a pawn shop for his alcoholic father and has to wear its inventory to stay warm. 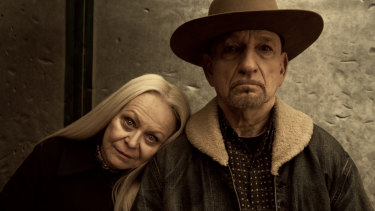 If Conrad's name rings a bell it might be because he wrote the screenplays for The Pursuit of Happyness and The Secret Life of Walter Mitty. But Perpetual Grace, LTD feels much more akin to Conrad's previous series, Patriot (Amazon Prime Video), which took the espionage genre, turned it 45 degrees or so and steeped it in surreality – but which kept proceedings sufficiently dark and melancholy to prevent them from being labelled "comedy-drama".

Carry-overs from that series include cinematographer Jim Whitaker, who directs four of these 10 episodes (Conrad directs six), and Terry O'Quinn, who plays a Texas Ranger determined to get his hands on Herriman's character. The whole thing is already shaping as appointment viewing.

What would it take for you to let Renée Zellweger spend a night with your husband? 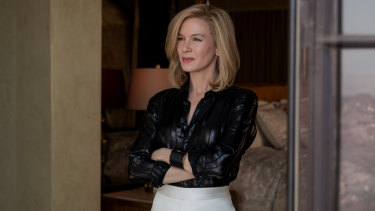 What if Zellweger was a rich investor and you were a poor scientist (Suburgatory's Jane Levy) facing the prospect of your childhood-cancer-fighting start-up going belly-up and taking your parents' money with it? Perhaps then you'd consider such an indecent proposal.

Series creator Mike Kelley, who also created Revenge, broadens the scope beyond that of the '90s movie to which his characters refer, but it doesn't immediately grab.

The Gospel According to André
DocPlay

Some people know André Leon Talley as one of Andy Warhol's old crowd. Some know him as that kaftan-wearing judge from America's Next Top Model. Some even know him for his decades as a writer and editor at some of the world's biggest and most influential magazines. 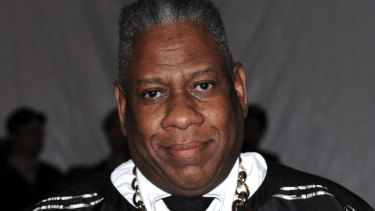 The most interesting aspect of this slightly over-long documentary has Talley and numerous old friends recall him growing up in the segregated South before embarking on a most unlikely career in New York.

Well worth checking out.

Retsuko is an adorable Japanese red panda frustrated to incandescent rage by her corporate accounting job. When the overwork and the insults from her misogynistic pig of a boss get too much she retreats to the bathroom to vent her spleen in death-metal karaoke. 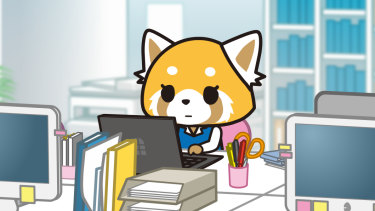 Aggretsuko is a thoughtful reflection of the cruelties of sexist workplace culture, says our reviewer.

The screen becomes a fiery red hellscape, Retsuko screams for lightning to strike down her tormentors, and so on.

It might sound like a one-joke series, but Aggretsuko is a thoughtful reflection of the cruelties of sexist workplace culture.

Location Scouts is a fictional documentary series about the making of a very real Australian movie –Top End Wedding, which stars Miranda Tapsell. The warning at the start of the first short episode explains what's in store: "strong language, baby-boomer grumpiness and millennial entitlement". Good fun it is, too. 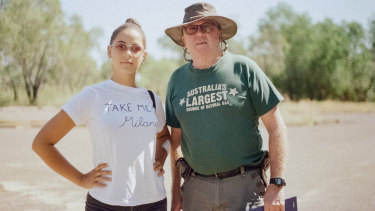 Our heroes are appealing odd-couple location scouts Steve (Doug Bowles) and Morgan (Tamala Shelton). Steve is a grizzled veteran who'd rather sleep in a swag than in a hotel bed. Morgan is a distracted millennial who took the job because it fell in her lap and she "needed a break from … whatever".

Writer-directors Christiaan and Connor Van Vuuren pack the script with plenty of gags, and Steve's wardrobe is a hoot. Tapsell turns up with Top End Wedding co-star Gwilym Lee and director Wayne Blair, and the series certainly does its job of showcasing the Northern Territory's stunning natural beauty.

Take note, though, that the Katherine Gorge is a "ball-ache" of a film location because you can't park loads of trucks right up the top. 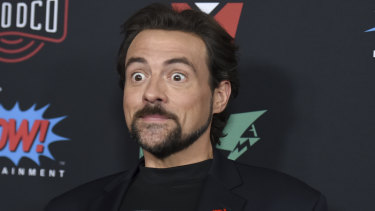 When, like movie director Kevin Smith, you're a comic-book nerd who's made it in the real world there's nothing stopping you from making a TV series following your real-life pals as they buy and sell comic books and pop-culture tat at your very own comic-book store in Red Bank, New Jersey.

*Stan is owned by Nine, the publisher of this website.