The 12-day Canadian champion ended with a historic win Wednesday and HOW she won had viewers buzzing. 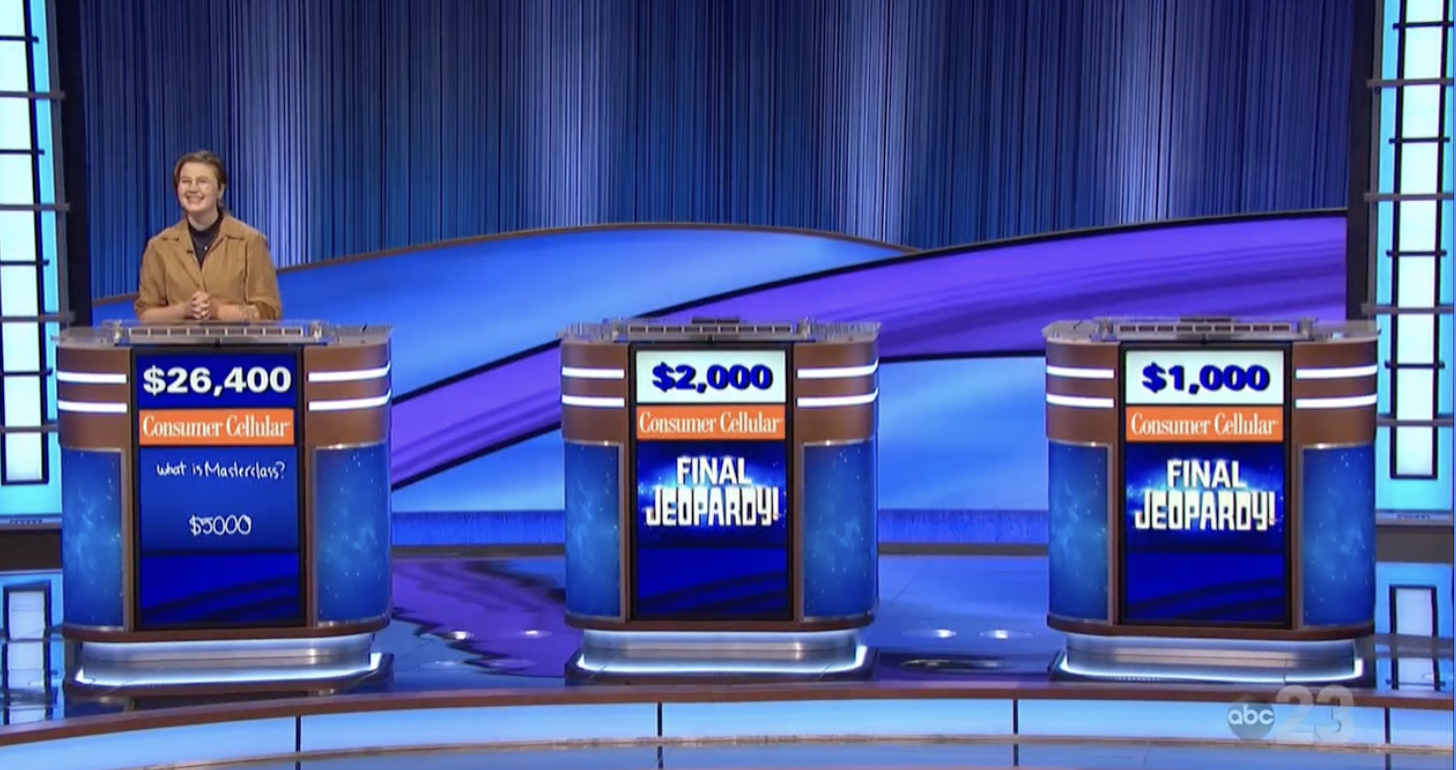 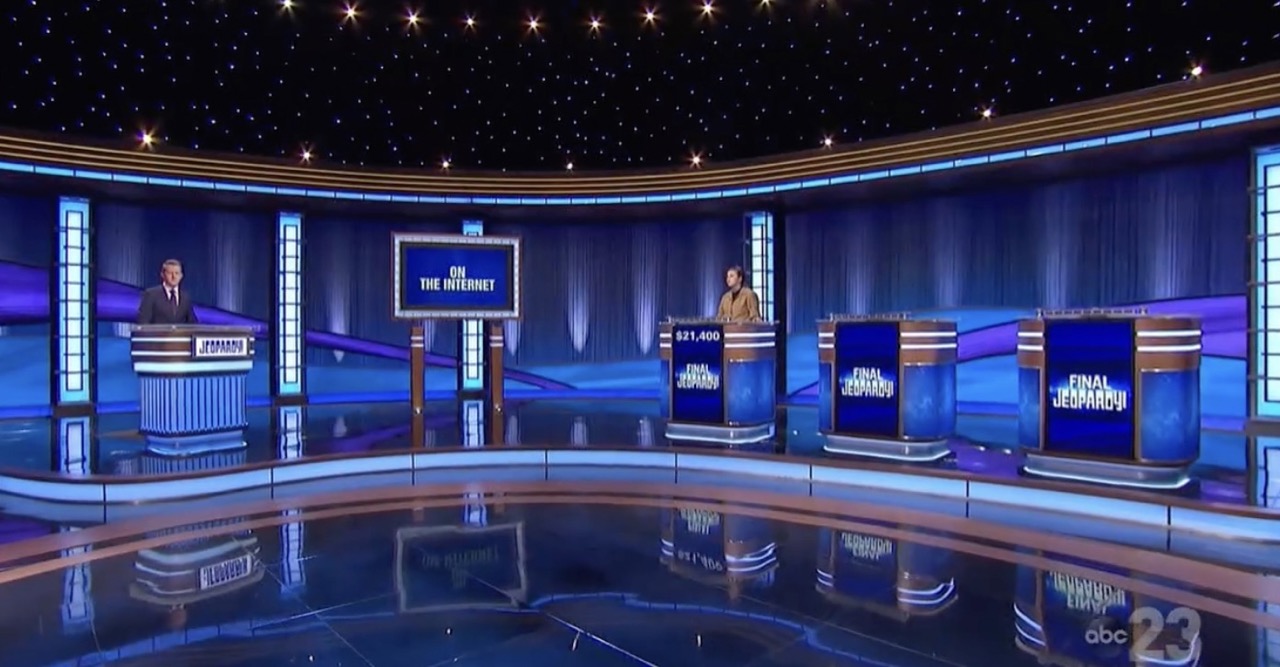 It saw 23-year-old Mattea's 12th victory, for one thing, making her one of the show's 10 longest-running champions ever.

But even more rare, according to stunned fans – was how it all ended.

The other two left in the red going into Final Jeopardy, the show returned from commercial with Mattea ALONE at her podium.

She and Ken stood there as she answered the category "On The Internet" correctly with "What is: Masterclass."

A shocked Ken noted on the scene, which saw a completely empty stage aside from them, "We don't usually come to you first in Final Jeopardy but we're going to today."

He casually added, after she answered correctly, that her wager "could have been anything" and she still would have won.

'HAS THAT HAPPENED BEFORE?'

The two contestants who were excused returned as the credits rolled, and dozens of simply floored fans had to excuse themselves to tweet.

"Wow, the other two contestants didn't make it to Final Jeopardy. Never seen that one before," one wrote.

"This is the wildest episode of Jeopardy ever. Mattea can bet it all with no consequences for losing!! Wow," wrote another.

"I don't think I've ever seen that on Jeopardy before," wrote a third.

"Only one contestant in final Jeopardy. Has that ever happened before? #jeopardy," wrote a fourth.

Dozens of others agreed, as one wrote, "I can’t remember the last time this happened!" and another called the scene a "bloodbath."

The tatted tutor on a tear entered this episode with $244,882 before her wild win.

Mattea has SEVEN tattoos including two LEG tattoos dedicated to the band The Talking Heads.

She wears glasses, appears to enjoy In and Out burger – and critics have noted her "wild hand gestures," as one fumed, "Mattea quit with the ad libs and awkward hand gestures."

However, the consensus as she deserves a 'hand' for her rare streak.

She now has one of the 10 longest winning streaks in the games history, tied for 10th and on a list that includes legacies like James Holzhauer, Amy Schneider and Ken himself.

Since Alex Trebek tragically passed away in November 2020, various people have filled in as the host of Jeopardy!, with Ken and Mayim Bialik now co-hosting Season 38.

Fan theories have led people to believe Mayim may be the next permanent host, although nothing has been confirmed.

One Twitter sleuth noted the difference in introductions of the two hosts, writing: "So why is Ken Jennings 'hosting' Jeopardy, and Mayim is announced as 'the host of Jeopardy?'

They continued: "Asking for a friend. Something you've already decided?"

Others believe Ken will snag the resident gig after announcing he left The Chase, another quiz-based game show.