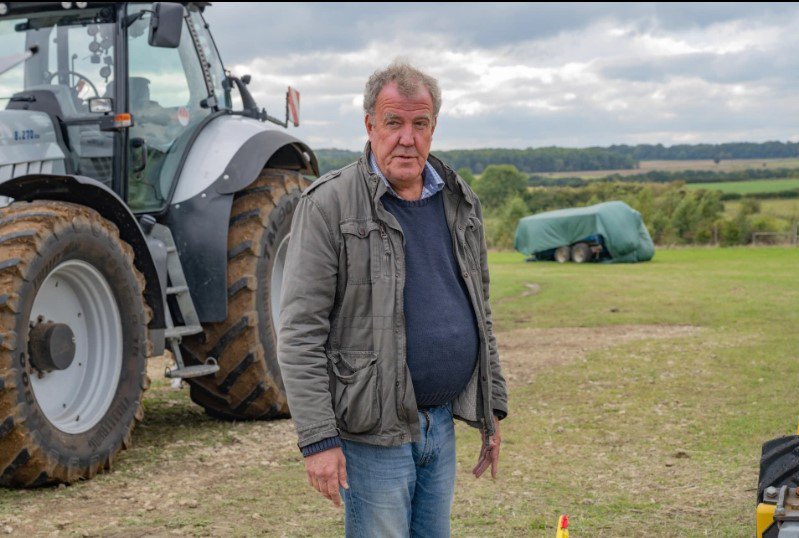 Jeremy Clarkson has brought TV viewers plenty of joy with his widely acclaimed series Clarkson’s Farm, which follows The Grand Tour star as he gets to grips with running the farm, named Diddly Squat.

However, it turns out the land is also being put to an extremely different use – as it’s reportedly being targeted by swingers, who sneak onto the property for secret meet-ups.

According to The Daily Star, exhibitionists have been setting up arrangements on the farm after being surprised to find that they weren’t prevented from doing so by alarms, electric fences or guard dogs.

The publication obtained messages that some people have been sending on a members-only sex site, with one writing: ‘Sneaked into Clarkson’s farm the other week and did it on a tractor. Looking for local couples or single fems to join us.’

‘I’m up for a meet and I’m a local to you. The security at this farm is Diddly Squat (see what I did there?) So I’d love to join you guys,’ another said.

A source said that there’s a ‘massive trend in the swinging community to add extra kicks to meets by arranging them on celebrity land’.

‘Because Jeremy is so outspoken, a lot of them are saying what a laugh it would be to hear what he would say if he caught them at it,’ they added.

Jeremy, 61, was recently urged to ‘slow down’ with his farming by Countryfile star Adam Henson.

While Adam highly praised Jeremy for everything he has done on his work, he added that he has ‘endless advice’ for him.

‘He needs to slow down and plan a little bit before he goes piling in buying things and doing things and then regret it afterwards,’ Adam told Express.co.uk.

Last month, it was confirmed that Clarkson’s Farm would be returning for a second series.

Metro.co.uk has contacted Clarkson’s Farm and Jeremy Clarkson for comment.

Clarkson’s Farm is available to watch on Amazon Prime Video.