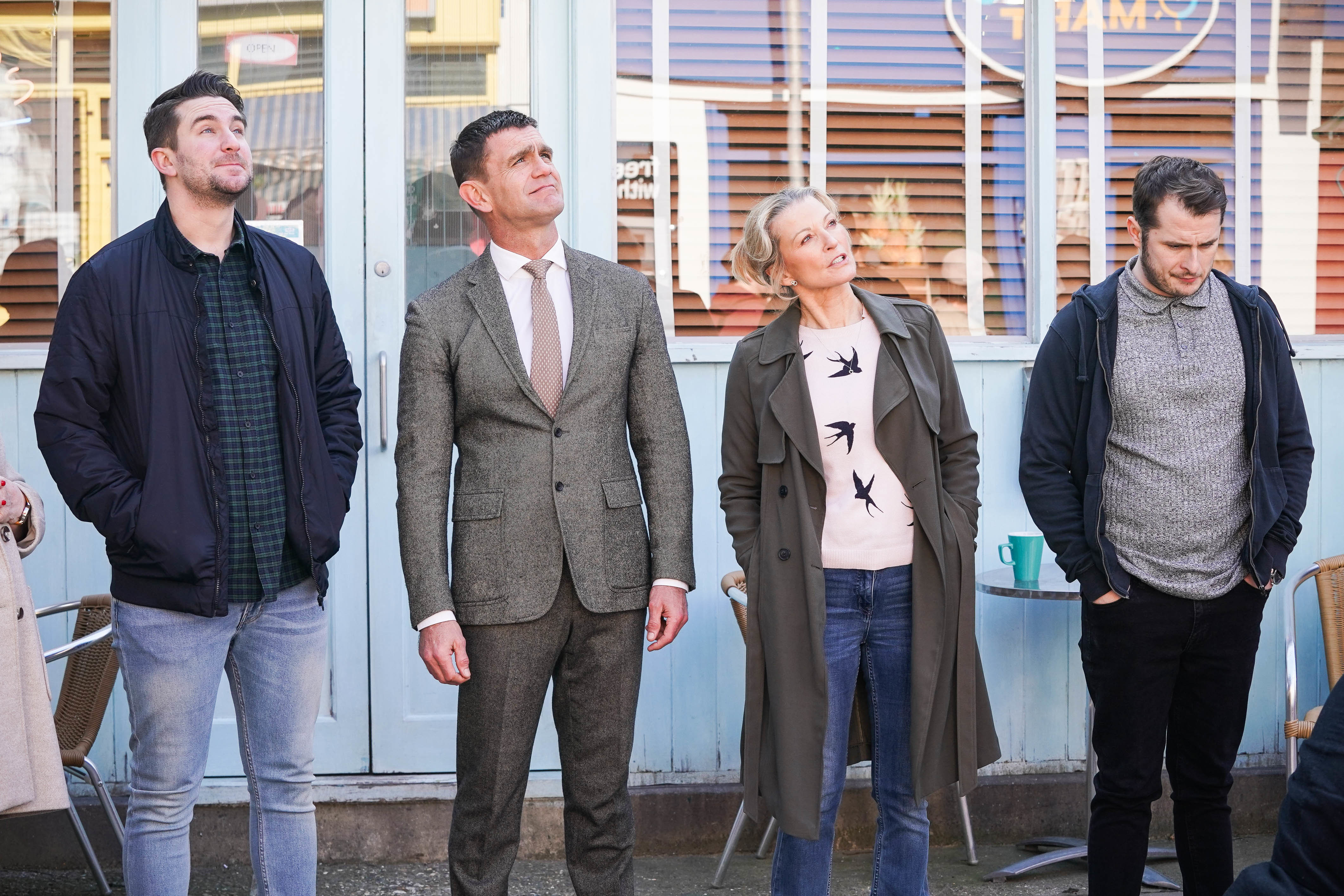 Last night, after learning someone had attacked Peter (Dayle Hudson), Jay (Jamie Borthwick) began to wonder if Ben was responsible.

Despite Ben’s attempt at tricking Jay, his best mate didn’t believe him and decided to tell Kathy everything.

As Ben and Callum arrived to tell Kathy they had just signed a lease for Sharon’s old flat, smiles were soon wiped from the couple’s faces as Kathy confronted her son.

Tonight, Kathy and Callum fume at Ben, who defends his actions and shows no remorse over the previous attacks.

As Kathy tries to support Callum, Ben is in Ruby’s getting drink with Lewis (Aidan O’Callaghan).

Tonight’s episode is a turning point for Ballum and as Tony Clay recently told us, his character is left questioning his entire relationship with Ben after this discovery:

‘He loves Ben so much but there comes a point where you go “maybe I don’t know you at all”. It’s the fact you see him getting so close to the flat and Lexi is there, she’s a part of their life, everything is there for Callum and everything is ready for him – but the sucker punch is Ben going out attacking people.

‘He thinks “what?! How can you go out and do that and return home playing happy families?”, it doesn’t make any sense to Callum, that’s not the person he fell in love with, and he starts to just question everything, he questions maybe there is more of Ben’s dad in him than he initially thought.’