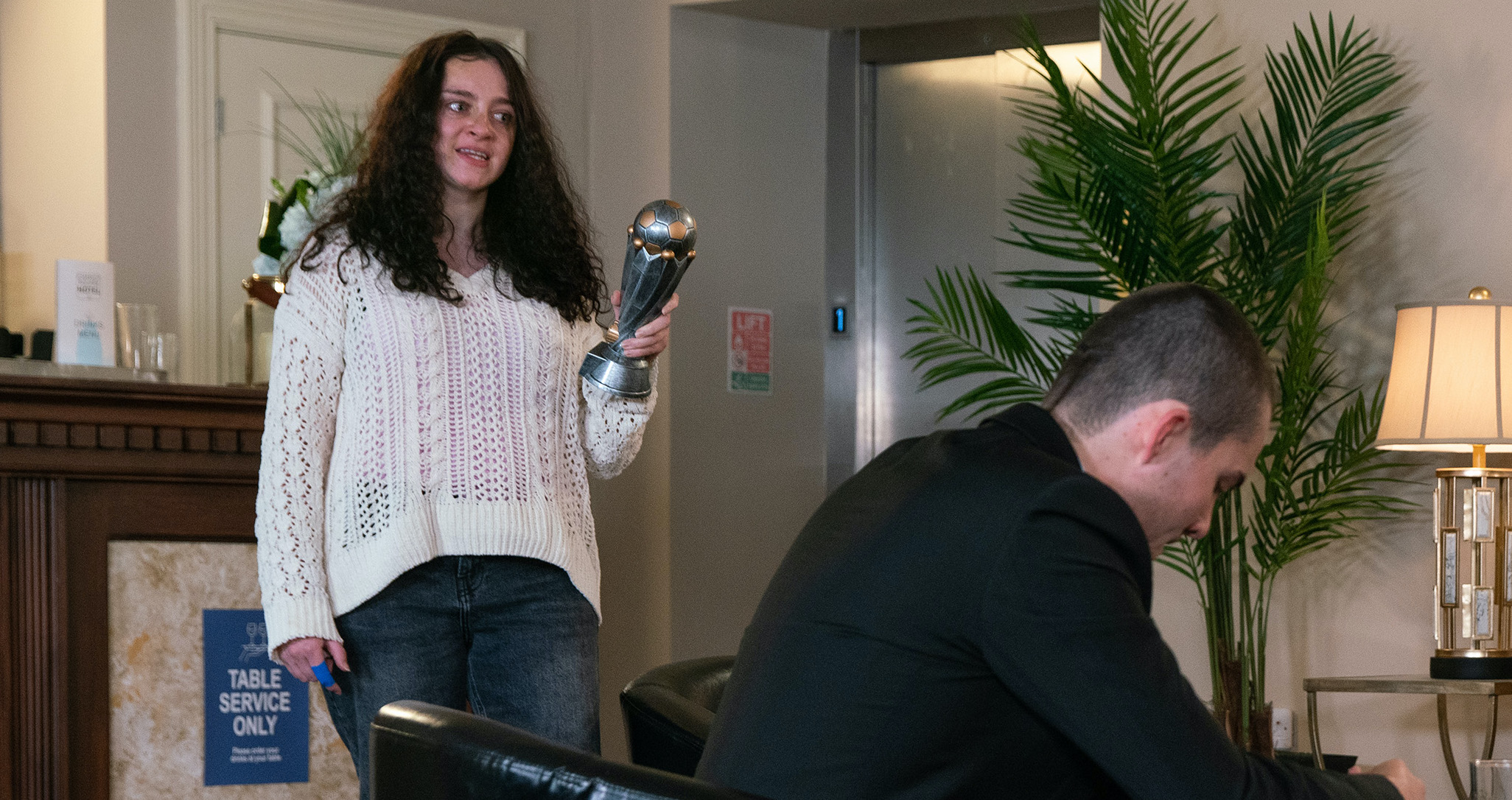 The following article contains major spoilers for this week’s Coronation Street episodes, which can now be viewed on ITV Hub in the form of a boxset.

Nina Lucas (Mollie Gallagher), who is struggling the wake of Seb Franklin’s (Harry Visinoni) death, hits rock bottom this week, as she continues to seek solace in the booze.

The young woman heads to a hotel, where she comes face-to-face with her boyfriend’s killer Corey Brent (Maximus Evans), who’s speaking with footballer Tommy Orpington about his future.

Nina explains to the gentlemen in Corey’s company all about how he killed Seb, before pursuing him with his heavy football award, intent on revenge.

Abi Franklin (Sally Carman) arrives at the hotel in time to talk Nina out of doing anything rash. The pair bond over their shared grief, and return to the cobbles.

Corey, however, shows up at the cafe intent on retribution, as Nina’s actions appear to have scuppered his chances of signing with Tommy’s agent.

A showdown ensues on the street outside, as Corey brands Nina a ‘freak’ once again. Nina retaliates by smashing his award to pieces, but evil Corey rushes towards her.

Roy Cropper (David Neilson) appears in the nick of time, and reminds Corey how his presence on the cobbles is a breach of his bail conditions.

The police arrive on the street, and subsequently take Corey away.

This episode, which will air on Thursday (June 17), can be viewed online right now, due to scheduling changes caused by Euro 2021 football.

All of this week’s Coronation Street episodes are available to view on ITV Hub Alternatively, these episodes will air Monday June 14 at 9pm, Thursday June 17 at 9pm and Sunday June 20 at 8pm on ITV.