THE Kardashian and Jenner sisters certainly like to make a statement when they head out together, and last night was no different. 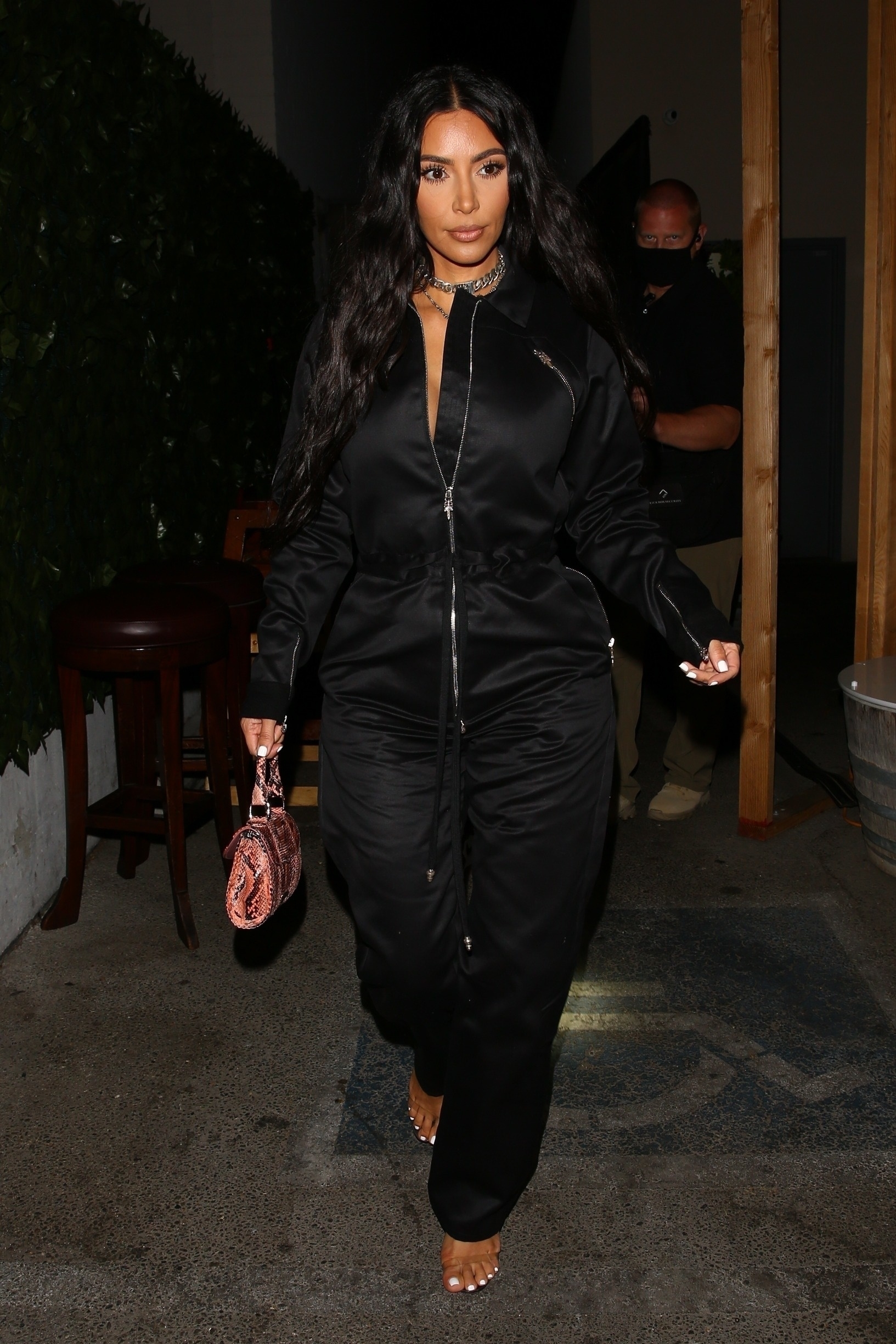 The siblings set pulses racing as they stepped out in matching sexy black outfits.

The three sisters were joined by mom Kris Jenner, who also wore black.

Kim led the way in a sexy jumpsuit which was unzipped to show off her cleavage.

Supermodel Kendall opted for a splash of colour on her black ensemble. 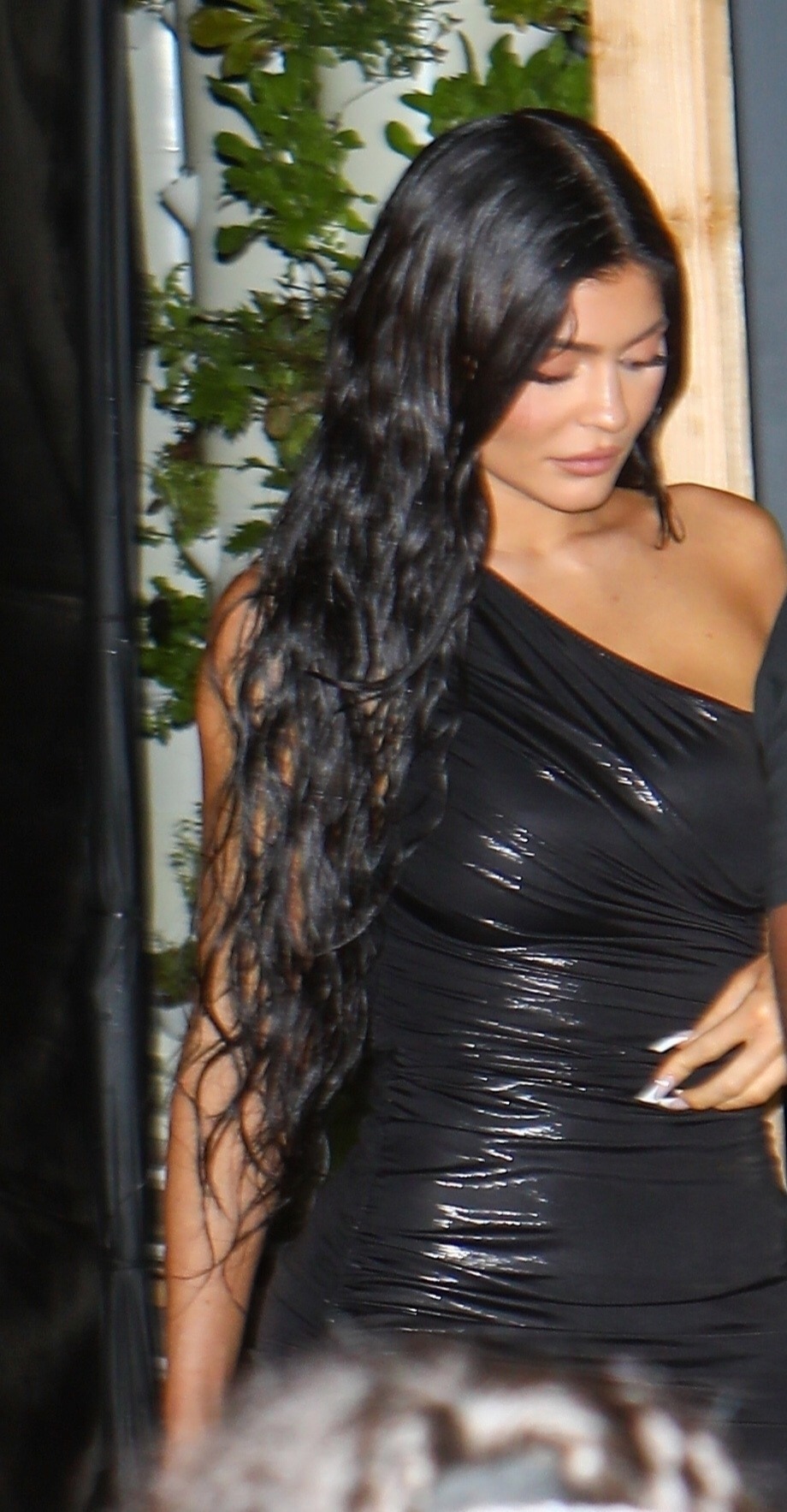 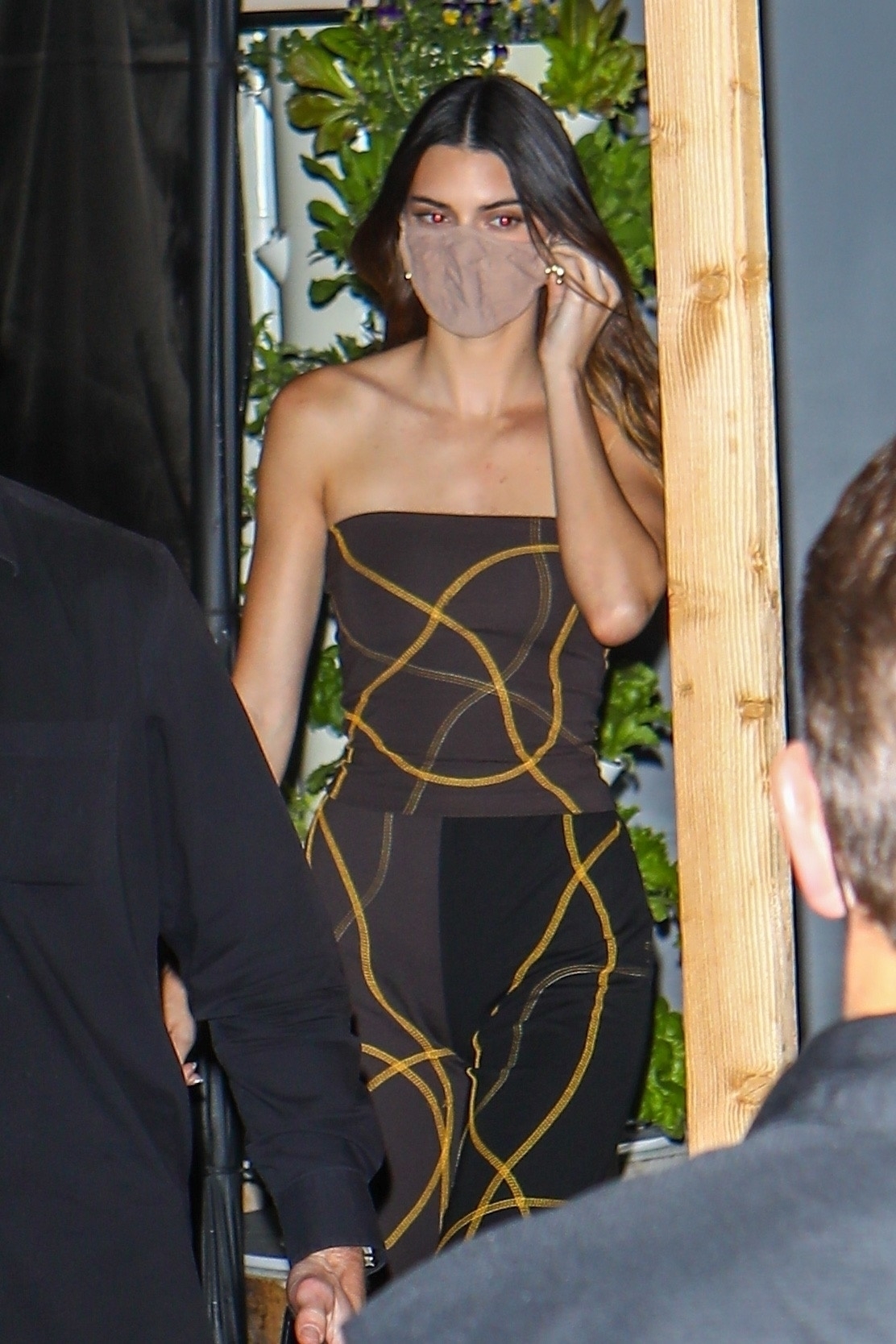 She opted for a black jumpsuit with a geometric gold pattern.

But it was their youngest sister Kylie who really stole the show.

The make-up mogul looked ready to party in a skintight off the shoulder leather-look dress.

They all looked in good spirits as they enjoyed a bite together at the LA hotspot. 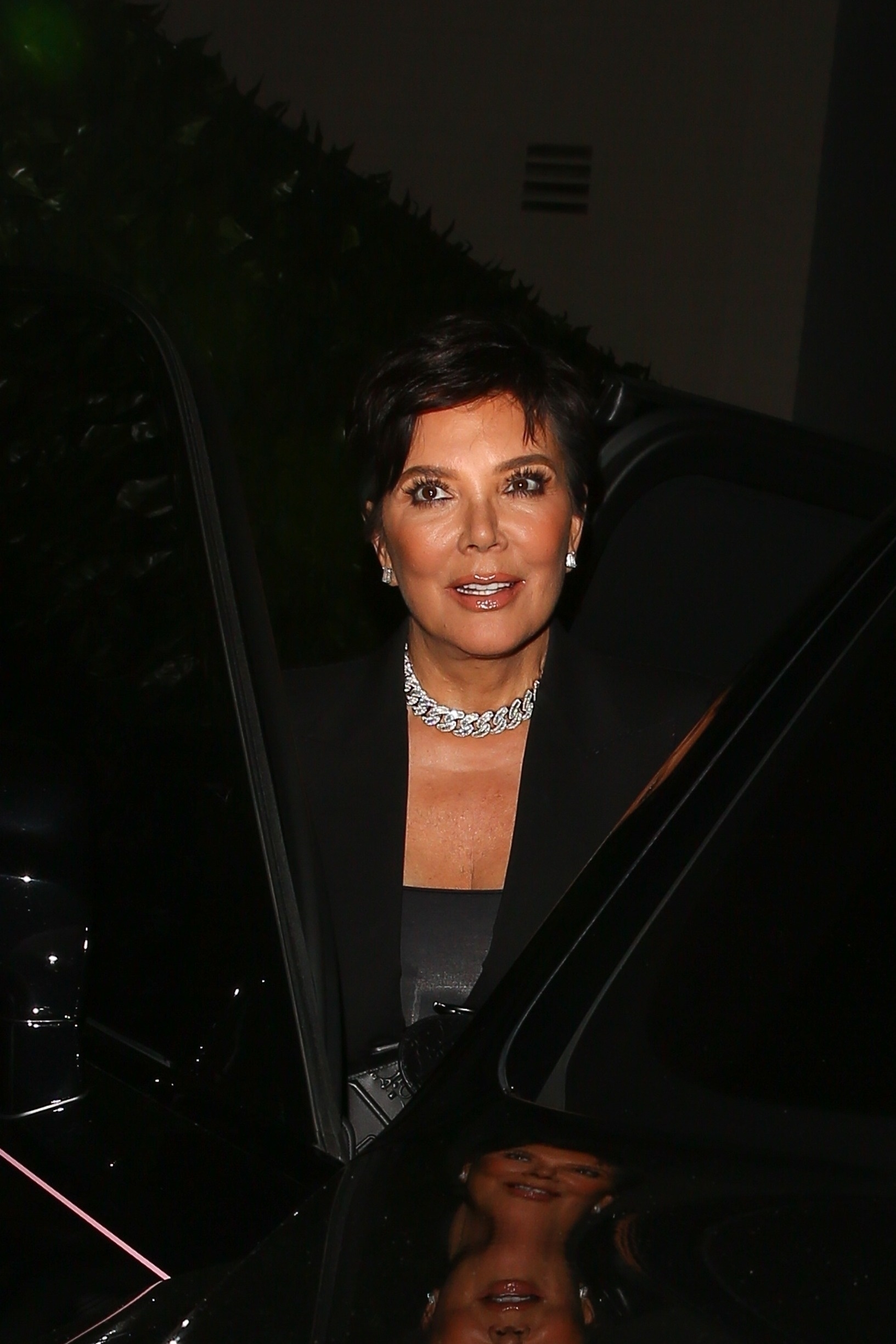 It will be a welcome relief from the stress of divorce that Kim is going through.

Her family night out comes it was revealed how her soon-to-be ex husband Kanye West is planning on staying out west in his $28,000,000 Wyoming ranch because it is “good for his mental health."

The dad-of-four is currently hashing out his divorce from ex-wife while she resides in LA with their children.

Kanye, 43, originally moved out to the estate following his breakdown in 2020 and made it his base during his presidential campaign. 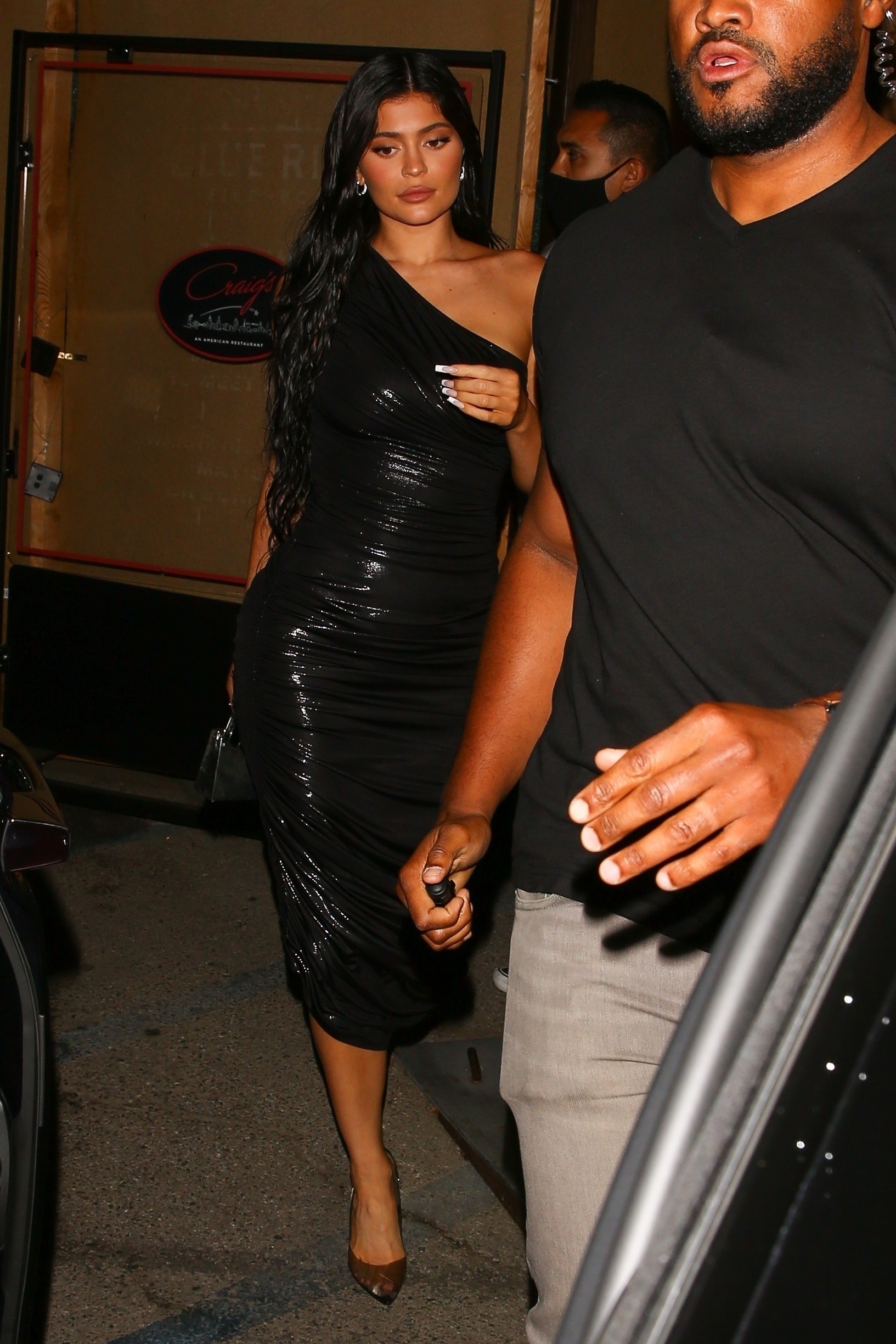 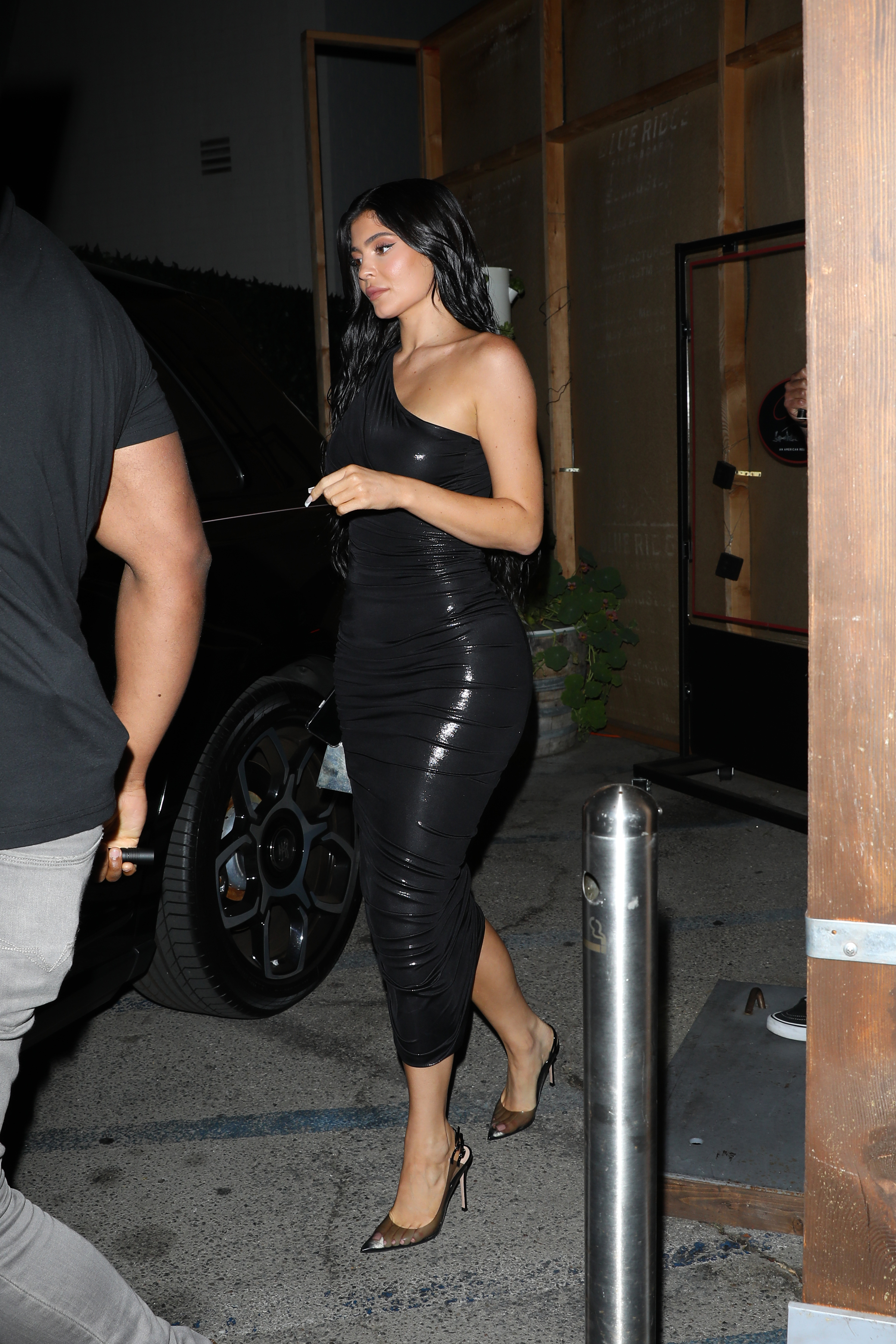 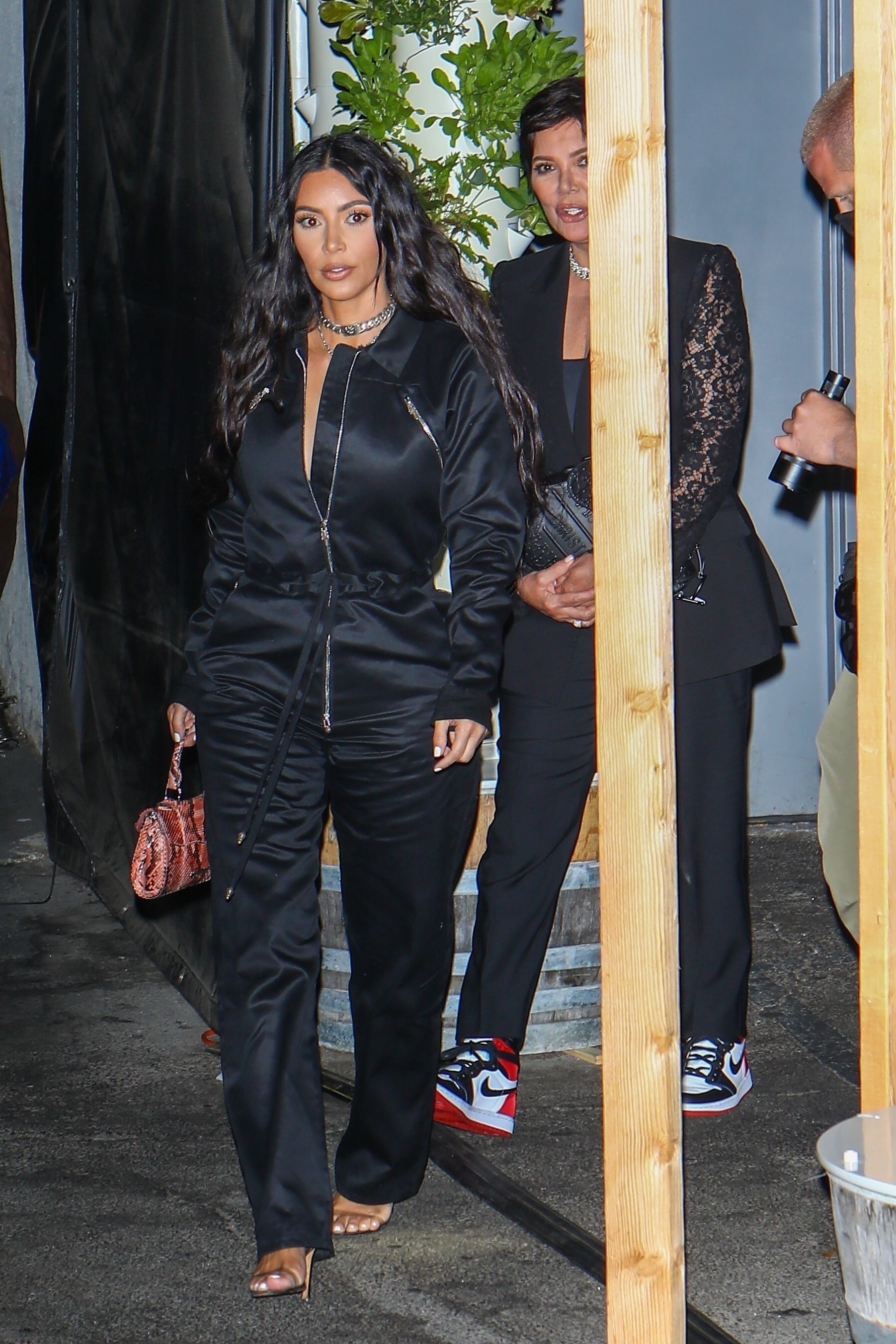 The rapper wanted to move his family out to Georgia but Kim vetoed the idea and insisted their children be brought up in California with her side of the family.

Now a source close to the College Dropout star has revealed the change of scenery is doing him "good."

Speaking to Us Weekly, the insider said: “Wyoming is also a great place for Kanye’s mental health.

“He became obsessed with starting an artists’ getaway in Wyoming where he could focus on his music, fashion and art.

“Kanye loves his kids and they come to visit, but Kanye felt he couldn’t create as well in L.A., the expansive nature and the privacy helped him to be inspired.

"Kanye also loves that everyone who comes out to the ranch is there for business or for art.”

Earlier this year following news of Kim and Kanye's divorce, a source close to the Yeezy creator exclusively told The Sun he "will never live in Los Angeles again."