After an abrupt ending in the spring amid the coronavirus outbreak, Law & Order: Special Victims Unit returns for a record-setting season 22, extending its stretch as the longest-running primetime drama. As it has done in the past, especially after the emergence of the #MeToo movement, the NBC drama starring Mariska Hargitay as Captain Olivia Benson will continue to reflect the issues facing the real world, such as the continued COVID-19 pandemic and ongoing Black Lives Matter movement sparked by the killing of George Floyd. On top of that, there is also Elliot Stabler’s highly anticipated return to the Law & Order universe.

“Like everyone in New York, our characters have gone through a series of crucibles in the last nine months: the horrible losses of spring, the George Floyd uprising of summer, the isolation and depression and stress that permeated the entire year,” showrunner and executive producer Warren Leight tells ET. “All of what the city has gone through will be reflected in what our characters go through. Their actions as police officers will be viewed through a different prism than before.”

In May, only three months after the onset of the coronavirus pandemic, people all across the country rallied and protested against systemic racism and police brutality in the wake of Floyd’s death. The Black Lives Matter movement called into question the public’s relationship with law enforcement.

That dynamic will be tested even further in the premiere, “Guardians and Gladiators,” which sees a Black man arrested in Central Park after being falsely accused of assault. “All of the tension of the last few months comes into play very quickly,” Leight says, as the squad begins to question itself. “Did our squad react too quickly to his accuser? Did Benson profile? Did Fin want to make the arrest?”

Two episodes later, COVID-19 is front and center of “Remember Me in Quarantine,” which sees the squad searching for one of four roommates displaced by the pandemic who has gone missing. Here, audiences will see how “the stresses of quarantine and social distance have also taken their toll,” Leight teases. “As in most homes these days, tempers are shorter, feelings are closer to the surface, people are on edge. Over time, we hope to see the squad adjust to the new normals, and maybe even gain strength from the journey.” 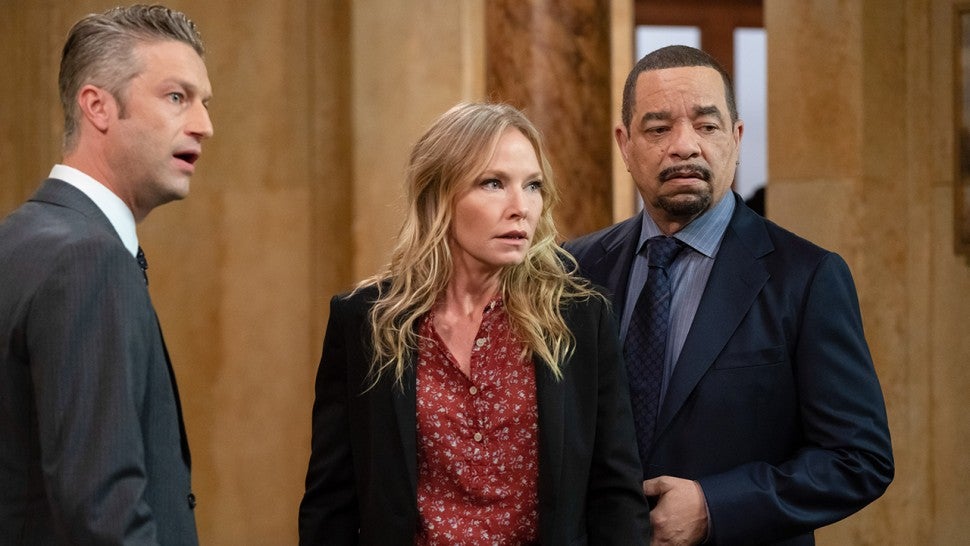 The presence of Black Lives Matter or COVID-19 in the first few episodes isn’t just a blatant attempt to capitalize on recent headlines, which have inspired plotlines in the past. Leight says that both “play a part in almost every episode thereafter,” making good on his promise earlier this year that “this moment” would dramatically affect their approach to the show and the issues they tackle. (At the time of ET’s interviews with Leight, Hyder and Ice-T, SVU had completed production on five episodes of season 22.)

Furthering that point is the fact that Ice-T moderated a Law & Order franchise-wide discussion ahead of production, which included NBC’s three Chicago series. In the tone meeting, “they said they’re going to hit all these topics head on. And if we have any particular feelings, we want to bring them to the forefront,” the actor recalls.

“So, the show comes right in on, you know, racism, it’s coming in on police brutality, it’s shot in the midst of COVID,” he continues. “So you’re going to see a lot, a lot of issues that we’ve been dealing with over the past six months tackled directly by Law & Order: SVU because they choose to, and the writers are writing incredible spirit based on a lot of these issues.” 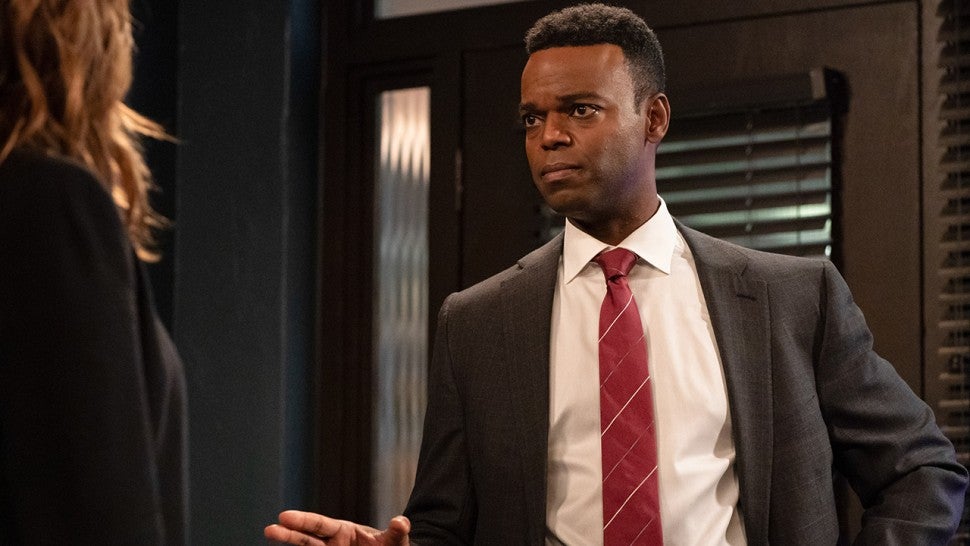 While as a cast and crew, they were all onboard with bringing these issues to the forefront, how the characters themselves handle will vary widely based on their own experiences. “Deputy Chief Garland believes the city is at an inflection point, that change is coming,” Leight says, while pointing out that “others are less sure.”

For Hyder, those differing perspectives is what makes the show so great. “We all were raised differently. We all have different life experiences,” she says. “So we each bring something different, which I think is important for our audience to feel that they’re being represented by one of the many characters.”

That said, individual members of the team will also face their own conflicts inside and outside of the squad room.

For Tutuola, that means dealing with the repercussions of the season 21 finale, during which he fatally shot a father who attempted to murder his wife and son. “So now he comes back and he’s dealing with the legal issues that come with that and also his own personal struggle after doing that,” Ice-T says of episode two, “Ballad of Dwight and Irina,” adding that Tutuola will be asking himself, “Can he continue to be a police officer? How does he feel?” 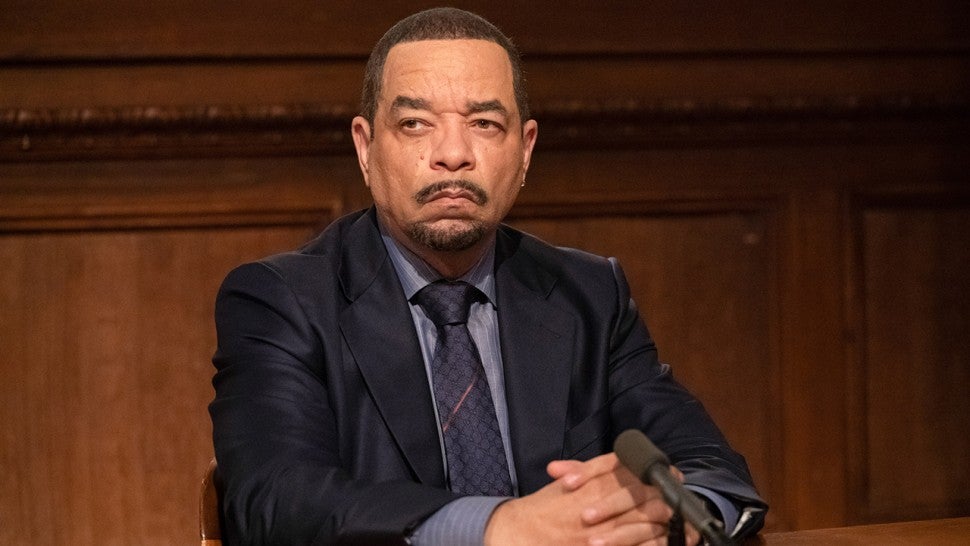 The actor adds, “There’s a lot of internal dilemmas that you’re going to see people deal with.”

And for Tamin, whose character was first introduced at the beginning of season 21 and now has officially joined the squad, “it’s balancing her personal point of view with police protocol,” Hyder says. “She’s someone who comes from the new guard, in a way, and isn’t afraid to ruffle some feathers.”

And as a bisexual, Tamin is one of a few LGBTQ characters SVU has seen in its 22-year-history. When it comes to exploring that side of her further, Hyder teases “that you may get a few more concrete examples of her personal life as we get further into the season.” 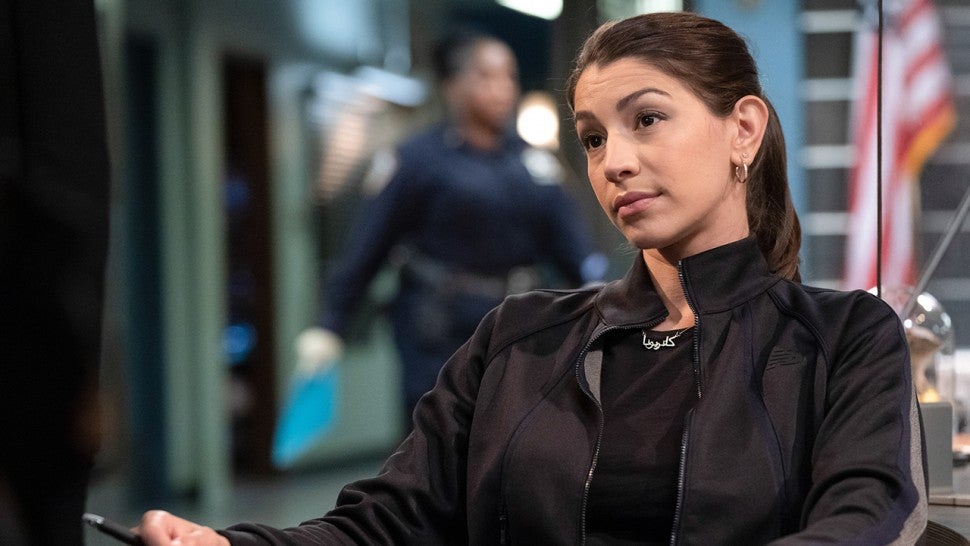 But the ruffling of feathers is what will probably put Tamin at odds with Benson, who “will be challenged repeatedly” this season. Leight says, “First by her boss, Deputy Chief Garland, then by a succession of strong women, from Kat in her squad room, to an IAB investigator [played by Aimé Donna Kelly in the premiere], to defense attorney Rita Calhoun [with Elizabeth Marvel returning to the role] early in the new year, to the new head of the Bronx SVU after that.”

The showrunner adds, “These women have chosen different paths than Olivia. Benson will learn from some of them, and run afoul of others. Being the boss when the world has been turned upside down is no easy task.”

While Calhoun is among several returning characters, including Tamara Tunie as medical examiner Melinda Warner, who pops up in episode three, fans awaiting for Stabler (Christopher Meloni) to reunite with Benson will have to stay patient a bit longer.

With the announcement that Meloni would be reprising his role on the NBC spinoff, Law & Order: Organized Crime, it was quickly confirmed that he would briefly return to SVU. Initially, it was planned that Stabler would appear in the season 22 premiere, but production on Organized Crime has since been delayed amid the pandemic and changes to its staff, and the series is now slated to premiere in the spring. So, the reunion has been put on hold until the spinoff gets up and running.

“I can’t wait to see Chris again,” Ice-T says. “As soon as his show starts, we’ve already got a crossover episode written.” But despite the delay, the actor says “it’s always a treat when [anyone] comes back every time… It’s a family.”