Channel 4’s Gogglebox stars watched the highly-anticipated first episode of the new season of Line of Duty eagerly, and they were quick to theorise on what Kate (played by Vicky McClure) and Jo (Kelly Macdonald) may be up to. In a scene of the hit BBC police drama which saw the two share a seemingly romantic moment, fans believe Kate may be planning to have an affair with the police officer in order to get to the bottom of a case.

As the Gogglebox team sat down to watch the drama unfold, they speculated about Kate’s possible motive for getting closer to Jo.

The scene showed Jo telling Kate: “I just want to catch the b****** that killed Gail Vella, she’s what this is all about.” 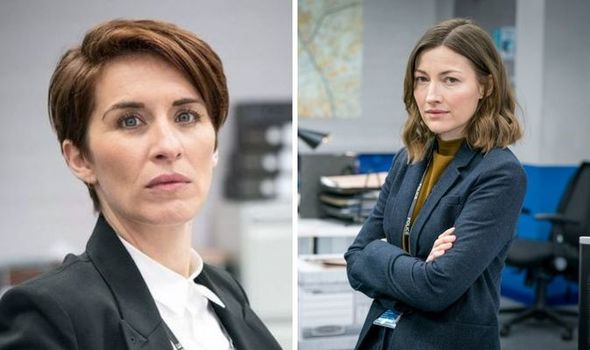 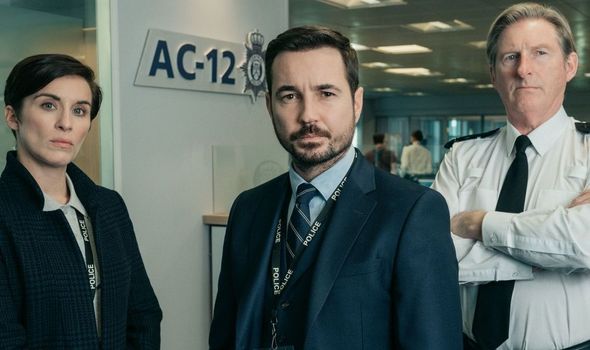 Steve added: “Oh, she ain’t going to try and kiss her?” while his partner Daniel commented: “She’s holding Kate’s hand….”

Amani spoke on behalf of everyone by asking: “What’s happening?”

The scene saw the two hold hands and share a silent moment before they parted ways – but what could Kate be up to? 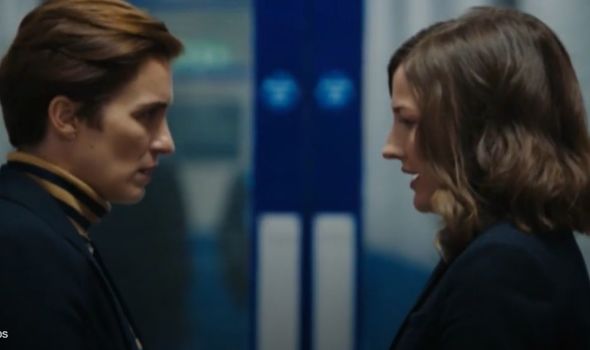 Carolyne at the Michael household speculated that it could all be part of a plan, commenting: “Unless [Jo] Davidson is trying to wheel Kate in?”

Baasit said: “What lengths will Kate go to to get to the truth though?”

Steven concluded: “Maybe Kate now knows this is a key into it – to get to the bottom of it – ‘I’m gonna have to basically go undercover’ – literally.”

The TV fanatics could be onto something, with Kate’s behaviour toward Jo signalling some kind of motive.

Fans were left reeling when it was revealed in the episode that AC-12 favourite Kate had left the anti-corruption unit.

But she seems to be clinging on to her desire to investigate cops, and her suspicions about Jo could be looked into if she earns her trust.

Kelly MacDonald has just joined the cast as DCI Jo Davidson, and AC-12 suspect she might actually be a bent copper.

Jo and Kate seem to have a good working relationship, with Kate even going so far as to keep a huge surveillance mistake in the Gail Vella murder case quiet, to save Jo even more grief from her boss.

Towards the end of the episode, viewers get a quick peek into Jo’s personal life which seems to be going up in flames.

In a twist nobody saw coming, Jo is seen collecting her belongings from her ex-partner’s house, who turns out to be Sergeant Farida Jatri (Anneika Rose).

Speaking to Express.co.uk and other press recently about her character’s arc this season, actress Vicky McClure said: “I had a great time shooting it you know, it was an explosive series.

“I did have a lot of fun and it’s always great when you turn the page and you know, whether it’s cracking line or some action sequence.

“I’m just very chuffed that I’m in those positions where, you know, lots of that was going on.”

Line of Duty season 6 continues Sunday at 9pm on BBC One.