That’s a first for the former “Live With Regis and Kathie Lee,” which is now in Season 33 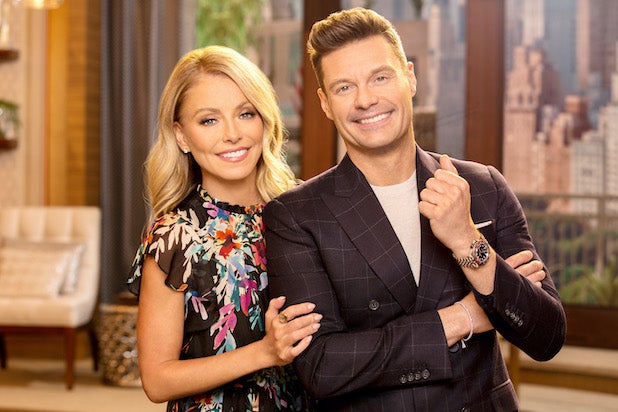 For the first time ever, “Live With Kelly and Ryan” has been the No. 1 daytime talk show among women 25-54 for 52 straight weeks. That includes both network and syndicated daytime talk shows, and counts all 33 seasons and various hosting iterations of what was once “Live With Regis and Katie Lee.”

As you might expect, “Live With Kelly and Ryan” is this season’s top daytime talk show in that key demo. Season-to-date, it is also No. 1 in total viewers and in households — the first time the former “Live With Kelly and Michael” and “Live With Regis and Kelly” can say that too in its entire history.

We guess this whole Seacrest thing is really working out.

“Live with Kelly and Ryan” is produced by WABC-TV in New York and executive produced by Michael Gelman, Kelly Ripa and Ryan Seacrest.