Denise Welch, 64, spoke out about becoming a grandparent on the latest episode of Loose Women after admitting to ITV viewers she’s been “desperate” to become one. The former Coronation Street actress could not contain her excitement as she explained her stepson’s baby is due next spring.

An enthusiastic Denise told viewers she was going to be a grandmother as her partner Lincoln Townley’s son was having a baby with his wife.

After an ultrasound was shown to viewers, Denise explained: “It’s Lincoln’s son, Lewis, who is my stepson, and his lovely wife Lizzie, so they are due in March.

“We are just so excited because I have been so desperate.”

Denise continued: “They are obviously going to have to share the baby because with blended families, you have Lincoln and I, then you have got Lewis’ mum and then you have Lizzie’s mum and dad. 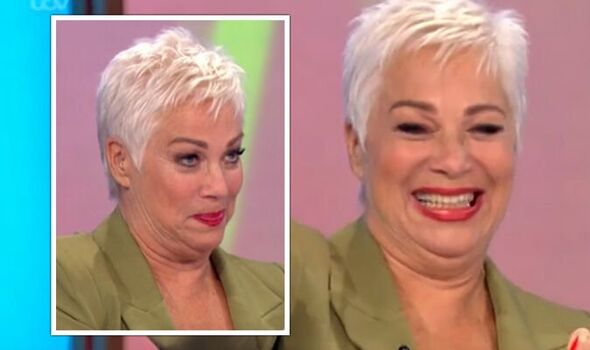 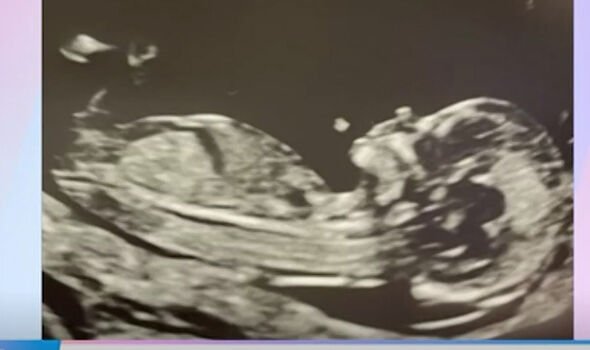 “There is going to be a little squabbling going on as to who has [the baby].”

Following her exciting update, Denise admitted she was enjoying life and the parents-to-be cannot assume she will always be free to babysit for them.

She added: “I don’t think that kids should have a child and just automatically rely on the grandparents because I am having a great time in my sixties.

“I want to be the granny who can do that but not the one who has the baby full-time.” 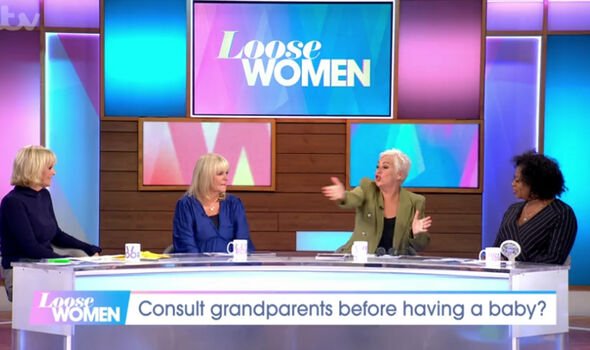 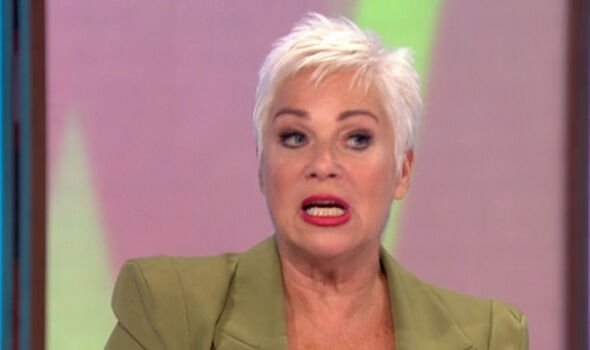 Lizzie and Lewis will be “adapting their lives” as Denise “doesn’t think it is fair” to make grandparents be on standby all the time.

However, she reflected on her own experience as a parent and added: “My mum used to push me away all of the time to get to my baby.

“She used to sort of prod him when he was asleep to try and wake him up.”

She said she hoped the new monarch would “read the room” and scale back the celebrations when he is officially crowned King.

Reflecting on the nation going into mourning following the Queen’s death on September 8, Denise exclaimed: “I think that, you know, it’s all been quite a lot these last 10 days.

“I think that it definitely will be a celebration, but I think that Charles hopefully as the new King will read the room and realise that although the money spent on this type of pageantry and ponce obviously brings a lot of revenue into this country, I think that it should be a slightly scaled back affair.”

The outspoken panellist added: “Also please, can I put a request into King Charles that it’s just one day because I found that, you know, a lot – 10 days of the media blackout.”

A date for the King’s coronation is yet to be confirmed but sources have claimed he might be crowned on June 2, the same date as his mother’s coronation.

His 96-year-old mother reigned for 70 years, making her the longest-serving monarch in British history.

Loose Women airs on weekdays from 12.30pm on ITV.